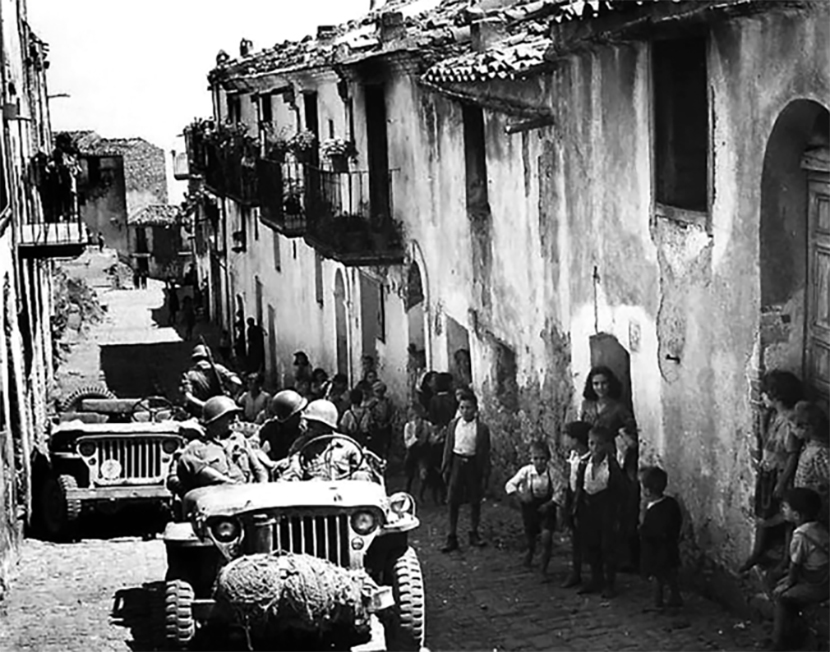 Gaetano Savatteri is an astute observer of the quirks and nuances of Sicilian society.  In our book on Palermo’s Hotel delle Palme, Ghosts of the Belle Époque, we refer to Savatteri’s writing on a couple of occasions.  Firstly, we recount the unusual story of Baron Agostino Fausto La Lomia who used to write himself letters whilst staying in the hotel so he could go to reception and grandiosely feel the self-importance of receiving a lot of post.  Savatteri describes how he went on to set up an Accademia del Parnaso provoking fascist opprobrium.  Secondly, we delve into the plot of his novel, Il ferito di Vishinskij, where he writes of the attempted assassination of Stalin’s chief prosecutor in a Palermo hotel.  From these two examples, it’s clear that the writer who grew up in Racalmuto has an eye for idiosyncratic detail.  Who better, then, to write a murder mystery set in Sicily?  We were delighted to discover that he had, La congiura dei loquaci, (inspired by real events from his hometown) which has recently been translated into English by Steve Eaton for Italica Press under the title, A Conspiracy of Talkers. 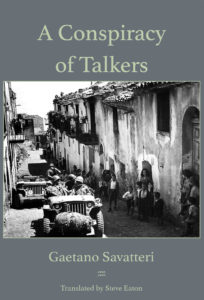 The book is set during the period after the initial invasion of the island by Allied troops during the Second World War.  The Americans have withdrawn from direct day-to-day military intervention and the island is under AMGOT control. We discover that some US transport trucks have gone missing.  Lieutenant Benjamin Adano, an Italian-American who learnt the college Italian of Dante rather than the Sicilian-inflected Italian of his aunt, is sent down from Naples to investigate.  He steps into something of a hornet’s nest, owing to the fact that the extremely unpopular mayor of the town has been killed in the main square.  On a rainy night, his body is found sprawled outside the Caffè Cacioppo.  The accusations begin to fly, sotto voce, and more overtly.  There is seemingly no end of possible suspects, but suspicion falls on Vincenzo Picipò, the man nicknamed Hundred-Ten, an out of work sulphur miner.  He is a known thief, but there are doubts about his capability to commit murder.  Nonetheless, his fate appears to be preordained.  Town gossip fixates around his inevitable incarceration rather than his guilt.  Even the local carabinieri chief knows he has a role to play in finding enough evidence to send the man for trial.

Against this backdrop, Adano struggles to uncover the story behind the missing trucks.  The trail leads to the sulphur mine, run by the deceased mayor and to a monastery where a monk explains a few home truths about the nature of theft in an unfair world.  The characters are wonderfully evoked, from Adano’s assistant, Semino, with his fractured English and guile, to the young auto-didact desperate to put his hands on any book in an effort to better his knowledge of the world – a world, however, he knows that he’ll never see at first hand.  The facts are grim and a deep sense of fatality hangs in the air, a weary acceptance that things will never change and that this is just the way things are and will always be.  This could lend the book a heavy ponderous air, but it doesn’t.  The atmosphere is leavened by Savatteri’s sardonic humour and piquant side-ways glance at Sicilian society.

Soon Adano comes to the same conclusion as many of the citizens of the town, namely that Hundred-Ten isn’t guilty, but that he will end up as the fall guy for the real culprit.  There is a theatrical scope to the dialogue as the book builds to its conclusion, a finale worthy of a Greek tragedy.  Savatteri is not Sciascia or Bufalino, his writing is very much his own, although there is something of Sciascia’s piercing insight and Bufalino’s wry crafted language. He is acutely aware of his subject and writes with a befitting style.  Aficionados of both these authors will recognise the similarities and the differences and will really enjoy this book.  That said, you can approach A Conspiracy of Talkers from many perspectives; from an interest in the Allied landings, from Tancredi’s perspective in The Leopard, of things having to change to say the same, from an interest in Italian emigration, or from the complex issue of crime and society in Sicily.  That said, you can pick it up and just enjoy it as a damn good story. Savatteri is the consummate storyteller, as recognised by Andrea Camilleri himself. 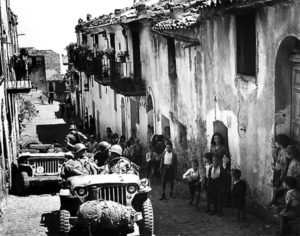 The translator, Steve Eaton, has done an admirable job in capturing the conversations in a natural and unstilted manner, no mean feat given some of the more complicated passages switching between local expressions, Italo-American and formal talk.  The words also act as semi-hidden metaphors for class, affiliation and conflict.  Little can be said, but much can be meant.  In this context, it is all too easy to fall into the trap of over-using English language dialects in translation, but it’s avoided here to great success.  Post-invasion Sicily reveals its multi-faceted layers effortlessly in Eaton’s translation.

Further details about A Conspiracy of Talkers can be found on Italica Press’ website.