A Dream Realized: A Modern Grammar of Sicilian Is Now Available 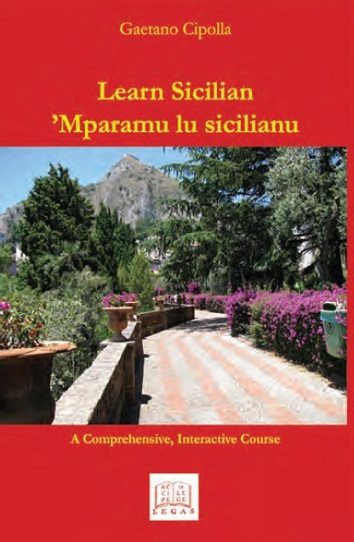 One of the most important objectives of Arba Sicula, indeed the reason for which it was founded, has finally become a reality. A comprehensive and interactive Grammar of the Sicilian Language that can be used to teach Sicilian to students in a regular classroom or to use as a self-teaching tool. Arba Sicula has been involved with the creation of materials for learning the Sicilian language throughout its history. Member Joseph Bellestri published the first Sicilian-English and English-Sicilian dictionaries under the Arba Sicula aegis; J.K. Bonner published his Introduction to Sicilian Grammar in collaboration with Gaetano Cipolla, who wrote the Sounds of Sicilian that is now sold together with Bonner’s book.

The new book, entitled Learn Sicilian/Mparamu lu sicilianu: A Comprehensive, Interactive Course, is the work of professor Gaetano Cipolla. It is a 336 page volume, accompanied by two CDs which contain the answers to the exercises, as well as an audio for all readings printed in the book. The Cds, which include The Sounds of Sicilian, an easy to follow, interactive recording to teach Sicilian pronunciation, are designed to provide essential support tools to those who want to learn the language on their own. A student can tackle all the exercises in the book and check his/her answers against the answers recorded by professor Cipolla. The student can also listen to the recordings as he/she follows the printed words in the book. 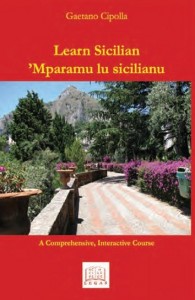 This volume represents the first real attempt to teach Sicilian using the current thinking about how languages are learned. It is designed to empower the student to communicate his thoughts in Sicilian to native speakers. It was designed to provide not only the linguistic tools that are needed to communicate, but also to provide cultural information essential to communication. It consists of 18 chapters plus a preliminary lesson.
Each chapter presents grammatical points that are integrated with useful exercises that make sure that the students not only understand the rules but are able to manipulate the language in creative ways. Each chapter contains dialogues, often humorous, readings and other linguistic material that present a comprehensive picture of the culture of Sicily.

As students’ understanding increases, the culture of Sicily is highlighted through well written and often humorous readings dealing with a number of aspects. There are readings devoted to the major cities of Sicily. Each of the nine province capitals is profiled highlighting its significance in the history and culture of the island; the author has rewritten the major myths that are localized on the island: Persephone, Vulcan, Polyphemus and Galatea, Arethusa, Daedalus, Dafni, and others; there are profiles on the major writers who have written in Sicilian.

In addition, topics of general interest are highlighted, such as The Sicilian School of poetry under Frederick II, the special aspects of Sicilian cuisine. The author has included pages on the Sicilian way of life, the open air market, the open-air theatres, how Sicilians live, the kind of houses they live in etc. The volume contains also a number of poems in Sicilian and even some that were written in other languages which Prof. Cipolla translated into Sicilian. I am thinking of a song by the French singer Charles Aznavour and a poem written in Tuscan by Cecco Angiolieri:

This poem that illustrates the use of the Subjunctive in Sicilian in contraryto-fact ideas, sounds as if it could have been written originally in Sicilian. Each chapter contains Sicilian proverbs and sayings, as well as a few tongue-twisters and riddles. An interesting feature that is included in the later chapters, presumably because the students will be able to understand Sicilian better, is called Sicilian humor and it contains very funny vignettes of Sicilian life, confirming that Sicilians have a keen sense of humor as Cicero said two thousand years ago.

This grammar of Sicilian also shows that Sicilians are able to communicate with one another, in spite of the local differences that exist in the lexicon. Sicilians know that if you travel around the island you will hear different words used for the same object and different pronunciation for the same words. The word for beautiful can be beddu, beddru, bieddru, and even bidru in the Enna and Caltanissetta provinces. But I submit that not many Sicilians will be unable to identify any of the words above as meaning beautiful. The same for the subject pronoun I, which can be eu, ìu, yo, and yu, depending on where you are. Each of these will be recognized as local variations and the difference does not hinder communication among Sicilians.

What Sicilians need to do is accept a common way of writing the sounds of their language and return to a more homogeneous language, as it existed in the past. For that to happen, Sicilians have to speak their native language more, use it more frequently on radio and television, and among themselves. Sicilians must accept their native language as a viable alternative to speaking only in Italian. I am not suggesting that they replace Italian with Sicilian. But there is nothing wrong with using Sicilian alongside Italian.

Knowing two languages is certainly better than knowing only one, not only because it reinforces the sense of pride Sicilians have, but also because it improves their chances of retarding or preventing Alzheimer. It has been shown clinically that knowing more languages is good for everyone because it develops stronger and thicker brain connections. The Sicilian Assembly approved a law to teach Sicilian in the public schools. They need to implement to law and foster a climate where Sicilian is more readily accepted in everyday situations, as the Catalonians do. This grammar is certainly an auspicious beginning. 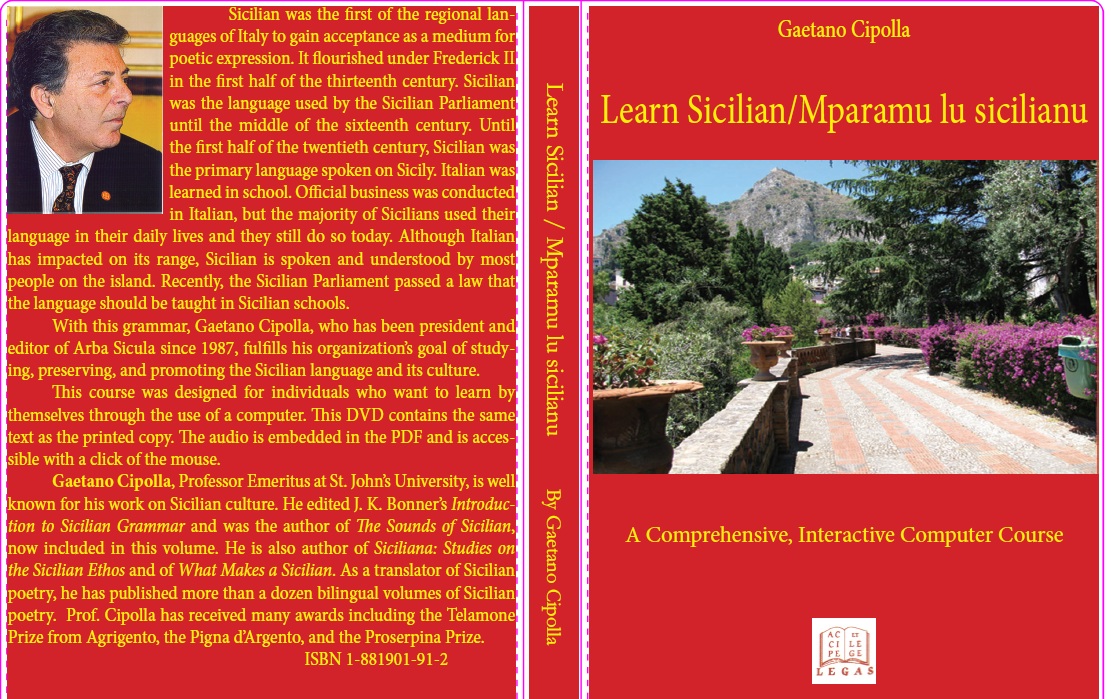 Legas is also proud to announce that Learn Sicilian/Mparamu lu sicilianu is now available as a stand-alone DVD that contains the same text as the printed copy and has the audio component embedded in the PDF of the text, easily accessible by clicking on the headphone icons. The DVD version costs $25.00 plus $3.00 for shipping in the US. For shipping outside the US, please add $7.00. You can order it from Legas, PO Box 149, Mineola, NY 11501.