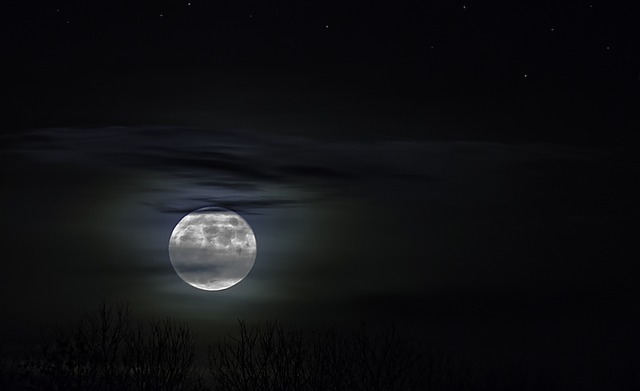 Luigi Capuana was born in Mineo, Catania province, in 1839 and was one of the foremost protagonists of the verist movement. It was not a formal organisation, but did have literary theory at its heart. Capuana was the first to really expound the principles, which were based on the portrayal of truth or as Luigi, himself, called it ‘the poetry of the real’. Verism focuses on subject matter that deals with the actual struggles of people in complicated circumstances and has much in common with French naturalism, although tone and viewpoint differ. Giacinta is the novel that exemplifies Capuana’s approach.

It may, then, come as something of a surprise that the man from Mineo, such a leading light of realist writing, penned a vampire story. Simply entitled Un vampiro, Capuana’s take on Dracula is very different from Bram Stoker’s anti-hero or John Polidori’s genre-creating character. In our book on Polidori, His Master’s Reflection, we detail how the Anglo-Italian physician’s travels with the poet, Lord Byron, influenced his take on the vampire legend, leading to his creation of Lord Ruthven, a cold-hearted, but ruthlessly suave aristocrat. Without Polidori, it is difficult to imagine the Count from Transylvania cutting a swathe though Stoker’s Victorian England.

Capuana, however, had a distinct way of approaching the subject. His novella focuses on two men discussing the mysterious events that have been afflicting Leilo Giorgi and his wife Luisa. Mongeri is the rational character, a man of science, who tries to combat Giorgi’s irrational descriptions of supernatural phenomena with practical, logical explanations. Giorgi is not Luisa’s first husband, but was her first love. After her initial marriage, a letter from Leilo was discovered by the husband and Leilo was warned off. Giorgi subsequently finds out that the man has died, meaning that the pair can now marry and live the life that they had always wanted. 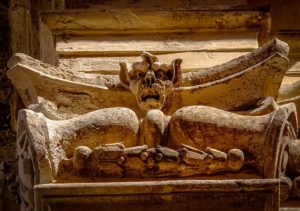 After Leilo and Luisa have a baby, the troubles really begin. She starts to feel a force controlling her, pushing her and engaging in bitter conversation. Giorgi, through interpretation of the words she speaks, given he can’t hear the otherworldly presence, realises that she is being possessed by the undead spirit of her former husband. The jealous spirit even accuses her of killing him through poison. The couple become distraught when he turns his attention to the newborn’s cot, which begins to swing wildly. Matters escalate when, what we now know to be a vampire, drinks the blood of the infant, who grows increasingly pallid and wan over successive nights.

Under the guise of implementing a folkloric cure, the scientist, Mongeri, suggests the couple cremate the body of Luisa’s former husband. He dresses up this belief in pseudo-scientific terms aimed at placating Leilo and Luisa, although we are not totally sure whether Mongeri really believes his own explanations. Leilo tells the scientist that the vampire is aware of their plan to burn his corpse and is threatening retribution. Before they go ahead with the drastic measure of cremation, Mongeri offers to stay with the couple overnight in order to observe any phenomena and to ascertain what lies behind the dramatic psycho-drama being experienced by the husband and wife, not to mention their cot-bound infant. 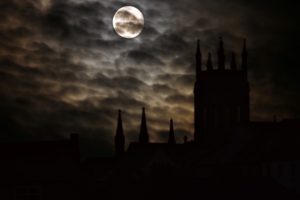 It is during that night, we are told of the first physical manifestation of the supernatural being; the disruptive, phantom-like presence of a greyish hand. Mongeri takes control of the situation and speaks to the vampire in the strongest terms, ordering it to leave, whilst Luisa seems to be fully possessed by her dead husband. As we can see, the inter-play in the text is between progress and superstition, between learning and folklore, which is clearly visible in the conversations between Giorgi and Mongeri. The latter is no Van Helsing, reading up on the arcane practises used by peasants from classical Rome to the vastness of the Carpathians, rather he somewhat cynically adopts a traditional approach whilst couching it in scientific terms, even suggesting it is a field which men of learning are yet to uncover.

We won’t reveal the ending of the story for those who want to read this short novella, but it is interesting to see how a verist like Capuana chose to tackle the very fin de siècle theme of vampirism by looking at the subject from both a psychological and spiritualist perspective. It is also clear from the text that the author knew much about his island’s mythical stories and was interested in portraying a clash between reason and paranormal speculation. When considering these matters, it is easy to forget that Arthur Conan Doyle, the author of Sherlock Holmes, that paragon of logical deduction, was a keen spiritualist.

In addition to their Sicily and Andalucia Literary Guides for Travellers, Andrew and Suzanne are also the authors of His Master’s Reflection, a travel biography in the footsteps of John Polidori, Lord Byron’s doctor and author of The Vampyre.