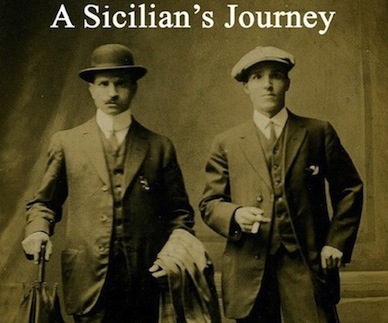 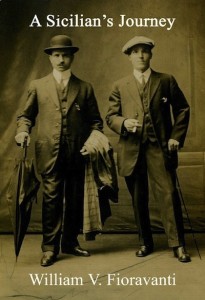 This is a non-fiction account of the life of my grandfather. His life starts in Sicily and follows him through his arrival in New York and his experiences in the small colonial town of Johnstown and twin city Gloversville. Although it is not permeated with gangsters and violence, there is much action. Life for immigrants in these small upstate New York villages was not a simple transition and there are plenty of unusual happenings.

I wrote this story as a treatment for a screenplay and when you peruse the work you will see how it flows from chapter to chapter. Some chapters are short but still very visual. It is my sincerest desire that you will find a very unusual and exciting journey of a Sicilian immigrant striving to survive in a new and fast changing world.

History, love and passion are all prevalent in great abundance in A Sicilian’s Journey. This book is full of interesting information about the actual events of one family taken from all aspects. I have a great interest in Sicilian culture and the history of Sicilian immigration to America and gained much knowledge from reading this book. As soon as I had read two chapters I was engrossed to see how the story unravelled and to reveal the final outcome.
The story begins in Sicily in 1878 with Vincenzo Saviotti. Many villages at the time, although beautiful and historic, did not have an economy that could support families. Although the Saviotti family had lived in a small Sicilian village called Castelmola for many years, Vincenzo decided to take his trade as a cobbler to Messina. It is from this decision that the story of the Fioravanti and Andreana family begins. As Castelmola, close to Taormina, is a town that I visit often, I was very interested to read the differences between the Castelmola that I am familiar with now and that of two hundred years ago.

A Sicilian’s Journey moves between different points in time and focuses on different characters of this Sicilian family. It is written in such a way that is flows effortlessly from one section to another. I have found the family completely fascinating and I particularly enjoyed reading about Guglielmo Fioravanti, the author’s Grandfather, and genuinely cared about him. As I was reading the book, I constantly wanted to find out more about the journey of Guglielmo, and all of his family members, and what happened to them.
Sicilian Americans would relate to this book tremendously; I personally found it a truly emotional read. I experienced a wide range of feelings and became very involved with the story. It was easy to picture it all in my mind, making it very real and prompting me to learn more about the immigration of Italian Americans and the harsh reality of it; the dreadful conditions on the ships, the claustrophobia, the dysentery and disease… how did they manage to survive?

The fact that Italians changed their names from their own Italian birth names to American names highlights the prejudice felt by the immigrants and the measures that they were forced to take in order to be accepted. They faced terrible unemployment and difficult housing situations due to their Italian nationality and allegedly ‘lowly’ stature in America. It is easy to see why Ellis Island became known as the ‘Island of Tears’.
I was truly compelled by this book and by Guglielmo Fioravanti who, with great foresight, kindness, generosity and hard work for his family allowed them to prosper and to be blessed in his choice to relocate to the northern New York state of Johnstown. This lovely book is a must-read.

A Sicilian’s Journey can be purchased to read on your Kindle at the following link – http://www.amazon.co.uk/A-Sicilians-Journey-ebook/dp/B00CUMSMXI.

William V. Fioravanti was born and reared in the Colonial town of Johnstown, New York. He caught the tail end of the bigotry and hatred that had haunted his father and grandfather.
The author eventually graduated from Syracuse University where he had studied intensely in Theatre, Literature, and Political Science and History.

After many years in the world of business he returned to writing plays and the short book about his grandfather. It is his wish that anyone who reads his work “A Sicilian’s Journey” will catch a glimpse of the immigrant experience from a different point of view.