Amaro Averna: Made in Caltanissetta 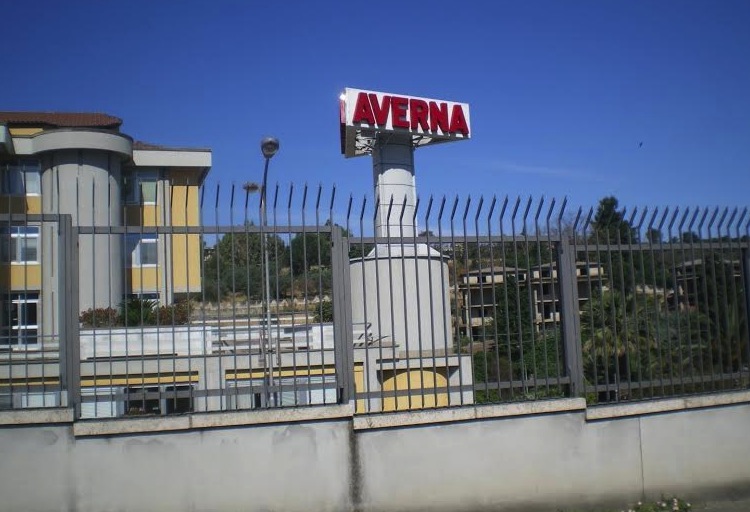 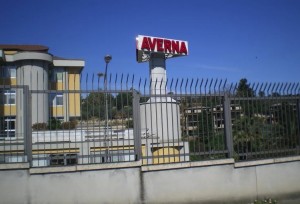 Some people just complain, others act. I’m sure I fall into both categories, but at least this once I took a stand. I took action. I stepped up. When the news came that multi-international giant Gruppo Campari was buying Fratelli Averna, aka Amaro Siciliano, a post-dinner Sicilian liqueur, I worried for the economic impact on the Sicilian job market, especially in the town where it all began, in Caltanissetta, in the hustling, bustling, still-beating heart of Sicily. Sure, I could have just emitted a sigh at the news and bemoaned globalization, but no, that’s not how I roll. If I really cared about the working people, then I had to personally show my solidarity. It was my time to get off the sidelines. My moment to make a difference. And so I did the right thing: I went to Caltanissetta to drink Averna!

The invention of Amaro Averna is attributed to Salvatore Averna, but the company’s own website as well as local resident Beatrice Giammusso admit and confirm in that order that the disgestivo was actually invented in the 1850s by the monks in the Abbazia Santo Spirto high on one of the endless Caltanissetta hills. The abbey itself is worth the 3 mile walk from the center of town. It was originally an Arab fortress that the Normans converted into a religious enclave to generously convert the poor, lost Muslim souls still living in the rolling hills of the area. 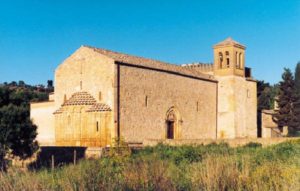 I arrived at the abbey in the dead of a Sunday afternoon, sat myself outside by the front door, marveled at the view, and meditated in the Sicilian silence about the miracle that happened here. According to the Averna website, the friars produced a herbal elixir following a secret recipe. Although the elixir tasted “bitter”, it was good and, according to the popular belief, it possessed some tonic and therapeutic quality. In 1859, as a token of gratitude, the friars decided to hand the recipe for the infusion over to Salvatore, and in 1868 he started the production for the Averna household guests. It was Francesco Averna, Salvatore’s son, who decided to make the Averna bitter renowned by presenting it at different fairs in Italy and abroad. By 1895, the Sicilian liqueur was already well-known.

Having gotten this research out of the way, I walked back to the historic center, around Piazza Garibaldi, and took a seat at Bar Volo, run by the friendliest and most informative of hosts, Davide. I confessed upfront to Davide that the purchase of Averna by Campari was bittersweet for me. Campari had for years now been my pre-dinner drink, as it is for most Italians, and apart from the unknown business impact, it seemed a natural merger of pre and post dinner drinks; Campari, the aperitivo, and Averna, the digestivo.

Davide got what I was saying but he said in recent years Campari as an aperitivo was taking a hit from the fast-rising Aperol Spritz. According to Davide, the purchase of Averna would give Campari an opportunity to invent something special all its own to compete with Aperol Spritz. (Please note: Gruppo Campari also owns Aperol, based in Padua, so I think what we are talking about is not so much company-competition as much as competition among the companies, the  brand groups, and/or profit-centers, within the mother company. I assume this passed the European Union concept of “merger control.”)

Davide wasn’t sure what the new Campari drink might be, but the good news was he felt  jobs at the Averna plant located within meters of the aforementioned Abbey were secure.  For now, anyway. I wouldn’t say any job in Sicily is secure. Everyday it seems the newspapers bring a new story of a Sicilian institution closing. In fact, the bottling of the product left a couple of years ago, having been transferred to a modern Averna-owned bottling plant up north in Finale Emilia, leaving behind in Caltanissetta a small number of employees. But if my drinking Averna in the shadows of the Averna offices could help save one job, then let’s get it on. (It should be noted in the spirit of full disclosure that while Averna may be the most famous Sicilian amaro, almost every area has its locally-produced version, so the amaro industry in Sicily goes beyond Averna.)

I began to wonder what Campari might invent per Davide’s theory, but being of a simple mind, I decided to do the most basic of experiments: I ordered a Campari and Averna mixed together. Wow! What a great drink! Another, please! It must have quite a kick, this combo, because I don’t remember anything else about that night except for stopping by the Afghan Kebab joint, also by Piazza Garibaldi, and ordering two kebabs, one to eat while the other was prepared. Wait, I also remember during the Kebab preparation reading a poster on the wall outlining the entire history of Afghanistan. I was actually in “Little Afghanistan” in the heart of Caltanissetta, in the heart of Sicily. Talk about globalization!

You can tell by the name that Caltanissetta was originally an Arab bastion.  The Arab quarter here is still worth a visit, to walk the narrow streets and see the remains of Castello di Pietrarossa that overlooks the Salso Valley. Legend has it that when the Arabs first arrived in these parts in the daylight hours, they noticed there were only women in town. Party on! The Arabs had some fun with the women thinking it was Providence, but they didn’t think it through, never thought that maybe their men were all working in the outlying fields and hills. When the men returned to town that night there was hell to pay.

Judging by the Arab woman breastfeeding a baby on a rather busy streetcorner, I think that’s all water under the bridge now. Nevertheless, historians note, despite the ruins of highly developed Greek colonizations on the surrounding hilltops of Sabucina and Gibil Gabib, it was the Arabs who, in the 10th century, officially founded Qal-at-nisa’. What is left for us is the city of Caltanissetta, a jewel of history, architecture and art (and also, I’m told, some great shopping.) If you are planning a Sicilian trip and don’t have a plan to see Caltanissetta, get on it. And if you aren’t drinking Averna, get on that too.