An American In B: A Jersey, A City 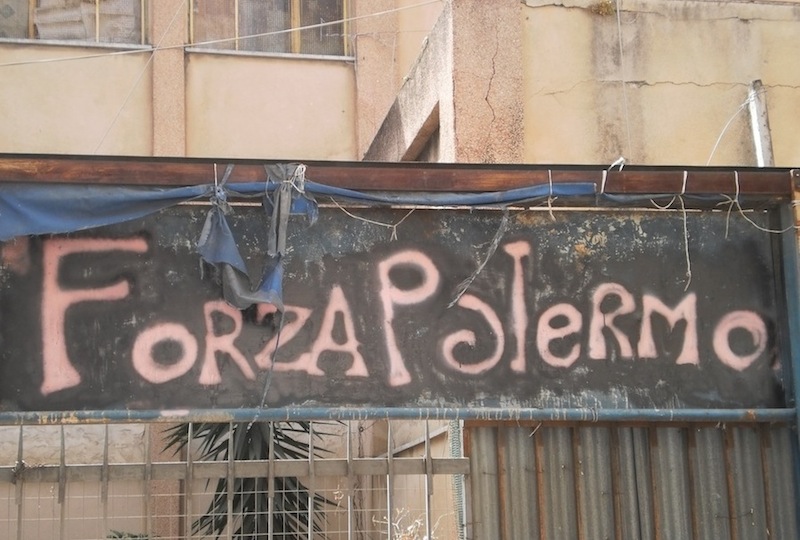 Palermo is mad about mambo after Kyle Lafferty from Northern Ireland scored the first goal of the Gattuso Era in a Coppa Italia victory. 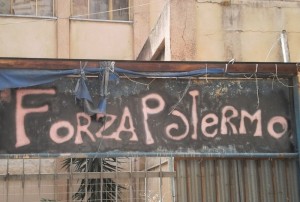 More notably for me, Lafferty is a champion of Scottish football and I’m hoping with coach Gattuso’s even-minimal Scottish league experience they can bring some of that style of football to Italy. It would make for an even more exciting Serie B campaign than I’m already imagining.

Palermo hosts Verona in another Coppa Italia round Saturday night (8/17), and then the next weekend things get serious as the Serie B season opens with Palermo playing at Modena (yes, home of the Modena City Ramblers!). I don’t mean to dismiss Coppa Italia, but Palermo should have but one objective: promotion to Serie A and only victories in Serie B can accomplish that.

A recurring theme this year seems to be “Una maglia, una citta’ ” a call to connect the Palermo team and the city it represents. Mayor Orlando spoke to the connection between the two when the schedule was unveiled in Palermo and the squad’s website has been following up on it. “One Jersey, One City.”

In that spirit I would like to present a letter I wrote to the Giornale di Sicilia which was published on their website December 27, 2011. (It was the first—and I’m sure will remain the only—thing I’ve ever written originally in Italian that’s been published.). The letter deals with the city of Palermo and I present to you here, having translated back it into my native tongue—English!—for Times of Sicily.

I am an American living full-time in Castellammare del golfo and spend a lot of time in Palermo. When I speak of Palermo to others, the reaction is often, too often, “Palermo? Isn’t it dangerous?” Even when I was traveling in Israel and the Palestinian Territories I heard about it. Seriously. I was in the middle of the West Bank drinking tea with a Palestinian when he asked where I was from. I answered that I was an American living by Palermo, Sicily, and the Palestinian’s jaw dropped as he exclaimed,  “Palermo?! You are a courageous man.” Imagine!  Someone living in an occupied land, behind a wall and checkpoints, in a on-going war zone, he thinks Palermo is dangerous!

Why is that? Why? Ok, I know well the history of Palermo, the difficulties the Palermo people face daily, and am aware of the negative impression one would get from how the city is portrayed in films, but it would be a shame for tourists to think twice about visiting Palermo based on these impressions. Certainly, what is called “Mafia” is real, and the people of Palermo fight this battle every moment,  but this is invisible to tourists and is no reason to not come and visit.  There is the all-too-visible dog “waste”, and the garbage problem is an embarrassment. But street crime? Yes, there’s street crime, but no more and maybe less than other major European and American cities.

To convince at least myself that what I say is true I decided to walk the streets of Palermo–-in all 25 of the 25 officially-designated quarters. And I did just that. This American—with no Italian or Sicilian blood and standing six-feet-tall—walked the wide sidewalks of Via Liberta’ and the very narrow Via Cruillas, the wide open spaces of Mondello and the crowded, hectic Via Oreto, Monte Pellegrino and Montegrappa, Borgo Vecchio and Borgo Nuovo, La Kalsa and Lo Zen. The results are in: It was a fun and rewarding experience. I had no problems  and moreover discovered a Palermo alive at every corner and Palermitani helpful at every turn.

There must be a way for City Hall to present  a truer picture of Palermo so tourists don’t deny themselves an opportunity to visit this city so rich in  history, culture, architectural splendor and yes—contradiction. I say to tourists, “Don’t think twice, it will be alright: Visit Palermo!”