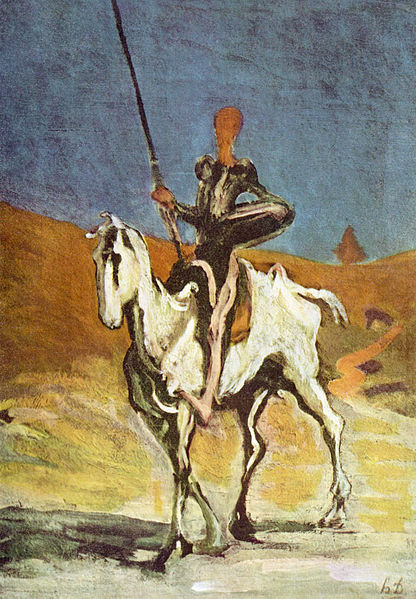 Before I start this article, I have to confess a personal interest: these locations are my two great cultural loves. They say that love is blind, but I want to go beyond the standard explanations of haughty Spanish viceroys and their exploitative brethren to explore the ties that bind these two places. For the sake of this piece, I’m going to treat Spain as a single unit, but I’m well aware that its own diversity has filled volumes over the years.

I’m not alone in my fascination with this subject, no less a figure than the great Leonardo Sciascia compared Spain to a state of being which was as close to that of Sicily as could be imagined. Trading links are an obvious place to start, but the same could be said for connections between Sicily and many other Mediterranean destinations. Instead, I believe the initial links can be traced to periods before direct Spanish rule over the island; periods when both places shared a common ruling force, be that Roman or Moorish.

The Moorish legacy in Sicily had a strong influence on subsequent Norman rule and the currents of cultural influence commonly flowed between the new Kingdom and al-Andalus in southern Spain. The story of Ibn Jubayr is one case in point. He was a poet and geographer whose literary arts flourished on the island. He was able to meet like-minded Andalucian exiles such as al-Idrisi, creator of the famous map, the Tabula Rogeriana.

Knowledge often puts down stronger roots than temporal power. As with the majority of mediaeval European history, the situation leading to overt Spanish influence resembles an intricate chess game with Sicily caught between the machinations of the continent’s crowned-heads. The aftermath of the Sicilian Vespers led to a call for help going out to Pedro III of Aragon. After much toing and froing, including Papal intervention, Pedro became Pietro I of Sicily.

In various guises, Spain continued to be a political force on the island for over four centuries. The list of viceroys with names such as Enrique de Guzmán, Antonio Pimentel y Toledo and Juan Téllez Girón are ample testimony to this impact. It is undeniable that Spain exploited Sicily, but four centuries is a long time and it’s difficult to believe that the only marks made were by the surface structures of colonial rule and the obscure manoeuvrings of la leyenda negra, the not so Holy Office of the Inquisition.

One of the best places to look is language. I’m not a Sicilian speaker, but I do speak Spanish and have become increasingly interested in vocabulary that the two appear to have in common. Reading the likes of Andrea Camilleri, I keep noticing dialect words that seem to have Castilian roots. Consulting various internet sites and the informative books on Sicilianu written by Joseph Privitera and Salvatore Giarrizzo, I am starting to build a picture of a deeper linguistic vein pulsing between the two cultures. From direct unchanged borrowings like làstima (English – pity) and allà (over there) to Sicilianised spellings like fileccia and anciòva – Spanish flecha (arrow) and anchoa (anchovy), the language in common covers a range of situations.

Unlike Italian, Sicilian and Spanish even have the same “I am going to + infinitive” future – ir a/jiri a… If you share language you can share so much more. What of the smiths who used these tools to fashion a literature that has weathered the storms of time and place. From a Spanish perspective, two greats of the Siglo de Oro, Spain’s Golden Age, have considerable Sicilian connections: Francisco de Quevedo and the immortal Miguel Cervantes, author of that classic of world literature, Don Quixote.

Quevedo was a baroque poet and satirist who also dabbled in politics and administration. His friendship with the Duke of Osuna, the aforementioned Téllez Girón, led to a high position in Sicily’s civil service. His poetry is quick to point barbs at those obsessed with any kind of avaricious advancement; something all too familiar to someone used to the bureaucratic intricacies of the Siculo-Spanish civil service.

Cervantes’ early career, by contrast, was far more physically active. He was a soldier at the Battle of Lepanto in 1571 and spent time in Palermo and Trapani. After being seriously injured in the battle, he spent six months recuperating in Messina. Miguel’s notorious bad luck continued and in 1575 he was captured by Algerian corsairs and held for ransom in Algiers for 5 years. However, the Sicilian connection continues as he found himself enslaved with Antonio Veneziano, one of the island’s greatest poets.

Antonio, who wrote his most well-known work, Celia, whilst in captivity with Cervantes, was praised by the Spaniard who assured Veneziano that he would get a passage to paradise with such verses. Veneziano’s verses, although about love, could just as easily stand for most kinds of human endeavour: ogn’hura penzu e guastu, muru e smuru e sempri ddà finixxu, undi ‘ncumenzu which translated by Dr Gaetano Cipolla of Arba Sicula reads as: each hour I conceive and destroy, do and undo and always end up being where I began.

Cervantes was never a great poet, but his Don Quixote is the original “modern” novel. If you look hard enough, the book is full of references to his younger days and includes some of the stories he encountered in Sicily. Stories of the Knight with the Sorrowful Countenance don’t stop with Cervantes however, as the cudgel was taken up by another Sicilian poet, Giovanni Meli.

One hundred and fifty years after the death of Don Miguel, Meli wrote Don Chisciotti and Sanciu Panza, a continuation of the story in mock-epic style, but from a very Sicilian perspective. Sancho takes a more central role, perhaps an expression of Meli’s desire to level the iniquities of the viceroyalty.

Modern day literary exchanges are no less prevalent. The hispanophile, Sciascia, has translated Spanish poets such as Lorca and Salinas, while Spanish poets such as Alberti and Guillén have written beautifully about Palermo. Even Camilleri’s hero, Inspector Salvo Montalbano takes his name from the Spanish writer of gialli, Manual Vázquez Montalbán. Some Spanish writers are passionate about their fascination with the island; one good example is the Andalucian, Alejandro Luque.

Music is another area of endeavour that brings people together. English may be the language of pop/rock, but Spanish has found its own area of expansion in world music with a Latin beat. Groups from elsewhere do often sing in Spanish to reach their target audiences or to create a particular vibe – Roy Paci and his Banda Ionica are no exception. The band draws heavily on traditional musical forms found in the Holy Week processions, which in themselves have strong Hispano-Sicilian links, whilst Paci’s solo efforts have a heavy Latino sound added to the mix.

Starting with politics, language, literature and music, we could easily move on to architecture. From Catalan Gothic to Andalucian Baroque, it would be very easy to see construction as just another expression of colonial endeavour. Sicily, however, took these architectural forms and created its own unique cross-cultural style, particularly the Sicilian Baroque, a style which flourished when a new crop of local architects made their own interpretations.

Unfortunately, a true investigation of the comparisons would take pages. It’s enough to look at the name on the street sign at the heart of Palermo’s Quattro Canti to see Sicilian ideas meeting Spanish nomenclature: Via Maqueda. The relationship between Sicily and Spain has been a rocky one, although this article has deliberately concentrated on the positives. Nevertheless, it is undeniable that the legacy of four hundred years and a common Mediterranean bond have left the two with more than just a footprint on each other’s soil.