An Interview with Franco Turdo – Part #1 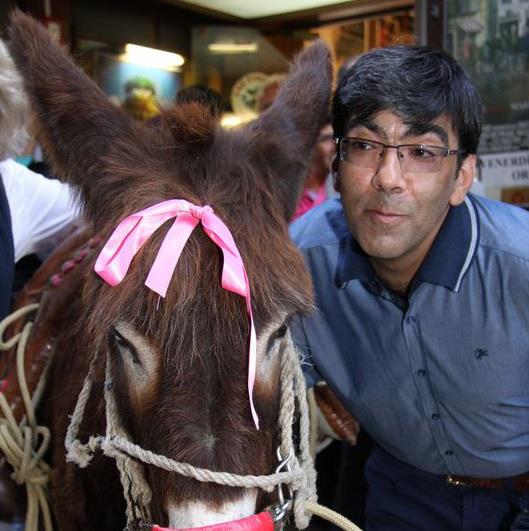 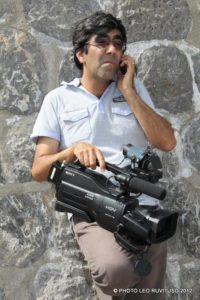 With the internet, Sicilian-Americans in today’s world may be a part of their “homeland” in real time; never missing the banter of local political debates,  the celebrations and religious processions, or the cultural music of their villages.  Following blogs, on-line newspapers, social media channels and YouTube allow us to be ever-present in the daily activities of the towns of our heritage.

It is because of these resources for my town of Cefalù (region of Palermo) that lead me to a week-long interview and ad-hoc film-making class with Sicily’s famous screen-writer, director, producer and film-maker, Franco Turdo.

Franco, a 40-year old Cefaludese, began his passion of filmmaking at the young age of 13.   A brief look into his tape archives in his studio this past summer afforded me the opportunity to see reels upon reels of documentaries, short-films, cinematic compilations and clips of almost every important event in the Madonie Mountains and its villages for the last 30 years.   He is the go-to person for eminent television stations, both regionally and nationally, for live news coverage, as well as to provide historical clips and present-day montages for feature stories.

Franco’s YouTube channel dedicated to the small territory of the Madonie Mountains  has had over 600,000 views.  In 2011, he became a primary contributor for the web-portals “Memoro” and memoteca.net, which are on-line vaults for safe-guarding the cultural traditions of this region, through oral and written stories, as well as video.  It is in these places that you may view Franco’s  pain-staking work in collecting, archiving and creating video montages of historical films from the Madonie region so these traditions are never lost or forgotten.

Franco has been recognized by winning awards both nationally and internationally over the years, including such film festivals as the Europeo Massimo Troisi, Festival del Cinema di Salerno and Rosolini Film Festival.

Most recently, he was named a contender for “Person of the Year” for 2012 by his home-town newspaper, CefalùNews, for the success of his full-length feature film, Maricchia, released in 2012, which  depicts  the culture, music and scenery of Sicily and produced fully in Sicilian dialect at zero-cost.   The time of the actors, and resources of costumes, scene locations, printed marketing materials, publicity, screenings and the production and distribution of the DVD’s were all 100% donated to allow this film come to fruition.