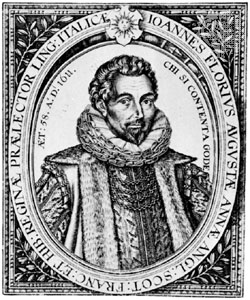 Prompted by some comments during an interview with the Anglicised Sicilian lawyer and writer, Simonetta Agnello Hornby, we thought we would take a look at the similarities and differences between two of Europe’s biggest islands.  On the face of it, the two places, Britain and Sicily, have little in common – one, a damp green wind swept rock jutting into the Atlantic, the other a sun-drenched raft afloat in the middle of the Mediterranean.  Yet the often opaque links have reverberated through the centuries.  From shared invasion, war, emigration and cultural exchange, all the way to attempted colonial dominance, the two islands have more in common than meets the casual observer’s eye.

The overarching factor conditioning all these observations is a shared island mentality.  There is something about being surrounded by water that seeps deep into the psyche of a people.  Agnello Hornby is the first to point out that the two locations share a fear of invasion.  Sicily’s experience of just such an event is within living memory and echoes throughout its history with alarming regularity – Piedmontese, the British themselves, the Spanish, French, Swabians, Normans, Saracens, Romans, Greeks, not to mention those who have dabbled at the edges.  Britain, particularly England, has a similarly long list, but further back into the murky realms of its dim and distant past: Celts, Romans, Vikings, Saxons, Angles, Jutes, Normans.  Britain’s modern day fear of invasion is psychological rather than actual leading to assumptions of threat where none may actually exist, especially when faced with some genuinely beneficial pan-European policies.  The polar opposites of overt strength and fragility of identity are both evident as the country struggles with its place in the twenty first century, especially when one remembers it hasn’t actually suffered the boots of enemy armies for many many years.

Largely, Britain shows a healthy and tolerant respect for its more recent waves of immigrants; however, the multi-cultural magnanimity sometimes masks a darker side and has prompted much press debate about the idea of Englishness.  Notably, the Celtic nations of Britain, so long dominated by England, have a far more developed sense of self whilst maintaining strong immigrant communities.  All the nations of the United Kingdom have received Italian and Sicilian immigrants, yet with the mass surge of emigration to the United States, Argentina and Australia, the Anglo-Italian communities have received less attention.

In fact, migration between the two islands stretches back further – some would say it was first reflected in the Roman dominance of both provinces.  If you’re not a Stratfordian and believe the theory, even William Shakespeare could claim an Anglo-Sicilian heritage.  According to Martino Iuvara, Shakespeare was a Messinese known as Michelangelo Florio Crollalanza, who fled religious persecution and morphed into the Bard of Stratford.  He was supposedly aided to settle by the famed translator and lexicographer, John Florio.  Strip away the idea and you are still left with Giovanni (John) Florio who undoubtedly moved in the same literary circles as the playwright.

Naturally, many Sicilian immigrants were drawn to London and it is difficult to disentangle island migration from those who arrived from the mainland.  The city’s Little Italy is centred on Clerkenwell, specifically, Saffron, Farringdon and Clerkenwell Roads, along with Rosebery Avenue.  As elsewhere, the residents were prominent in the restaurant and ice cream businesses.  Time has seen the London community divide and drift, but certain areas are still renowned for an Italian influence, including centrally located Soho.  These days, it’s easy to bump into someone from Sicily whilst sipping coffee in central London.  The recent economic crisis has prompted many bright, able young Sicilians to try their hand in England’s capital.  Sadly, their university educations are often left to one side as they work the espresso machines.  For migrants and natives alike, London’s streets are rarely paved with gold.

Communities exist, or once existed, throughout the length and breadth of the UK, with notable pockets in Wales and Glasgow in Scotland.  The unheralded town of Bedford is one destination with a surprisingly high proportion of migrants from the Mezzogiorno.  The town developed a post-war paid settlement scheme which encouraged workers to take up positions in the brick-making industry.  Unsurprisingly, the culture shock and climatic differences were considerable and the families had to fight to keep their traditions alive.  Delicatessens were to eventually open and relieve the workers from the dull British post-war culinary experience – something the British themselves would embrace enthusiastically.  Every immigrant story is different and those best placed to tell them are the families who have experienced the hopes, joys, pain and suffering.

Thus far, we have looked at those escaping poverty, but what of commercial and aristocratic interchange.  As 19th century migrants crossed the channel to find work, British entrepreneurs were heading in the opposite direction in search of natural resources and agricultural bounty.  Sicily gave them Marsala, sulphur and much more.  Accounts from Victorian writers are peppered with versions of the commercially-minded Englishman pegged to his island resources.  Raleigh Trevelyan’s book Princes Under the Volcano provides a fascinating insight into this period, focusing on the Ingham-Whitaker fortune.  Ingham arrived in Sicily in 1806, a practical Yorkshireman with an eye for the main chance; he invested in the wine trade, emulating John Woodhouse, who was already sugar-coating Marsala for the English tastes of Nelson’s sailors.  Embracing Sicily, if not its ideas on business, he lived with the Duchess of Santa Rosalia – records are sketchy on their marriage.

Joseph Whitaker, Ingham’s nephew, took over the business which had already diversified and invested across the Atlantic.  One of his sons was Pip Whitaker who excavated the Phoenician ruins on the island of Mozia.  More interested in ornithology and archaeology than business, he could afford to indulge his passions.  Pip married Tina, who took Anglo-Sicilian socialising to new heights – spending the family fortune on lavish soirees and decoration, which attracted the local aristocracy and some of the crowned heads of Europe.  Even as late as the 1920s, Giuseppe Tomasi di Lampedusa was happy to model himself on the perfect English gentleman, equipping his wardrobe with the finest British tailoring.  He had a famous ‘English reserve’, a facet of his character he frequently failed to encounter when mixing in British aristocratic company.  Talking of such orthodox attitudes, it’s time to put a few stereotypes under the microscope.

Famously, the English (not the Celts) are sometimes accused of being withdrawn and the Sicilians of being taciturn – both affecting a certain aloof, wary nature.  Like every stereotype, there may be a grain of truth in the complex mix of national identity, but the reality can be as varied and surprising as it can be conventional.  Factors like climate and history – “the island mentality” – have a bearing, but with the interconnected nature of the modern world this doesn’t provide the whole picture.  The easiest explanation is suggested by the notion of individual personality being channelled by the conduit of expected or ritualised behaviour.  Sooner or later, though, people become themselves and expectations adjust to human contact.  We have been overwhelmed with warm welcomes from Cornwall to Siracusa.  The opposite has very occasionally been true, but sometimes everyday life has little room for the stranger and we all have our off days.

It’s fascinating to think that the same Norman blood runs through the veins of some Sicilians and Britons.  The Norman Conquest on both islands was a complete game changer, albeit one manifested in differing ways.  The Norman rulers of Sicily found an island enlightened by the scientific and practical learning of the Arabs, but riven by petty conflict.  In order to preserve and use Saracen knowledge, Roger II employed the likes of al-Idrisi, who produced his famed map for the ruler.  To a certain extent, toleration flourished and different creeds were accepted.  Norman church architecture embraced the Byzantine mosaic tradition and sported Arabic cupolas and arches.  However, these northerners also built those defensive bastions of war – castles – in order to protect their hard won jewel.  The British landscape is similarly enhanced by Norman castles, the 12th century keep of Richmond castle not so far removed from the lava walls of Paternò.

The countries exchanged a floating Norman population, hungry for courtly advancement or religious promotion.  More Normans were happier to descend from the Saxon ravaged climes of England to the court of Roger than were content to move in the opposition direction.  Names such as Walter of the Mill were Sicilianised (Gualtiero Offamiglio) and became enthroned in history.  Forty years separate the demise of British Norman rule in 1154 and the fall of Norman Sicily.  It would be easy to think that the people vanished, returning to Normandy with their tails between their legs, but they stayed, married, settled and adapted to new rulers – their feudal pride, if not always their wealth, intact.

It’s pointless to expect that these historical ties will show two societies in sync with one another.  The northern and Mediterranean milieux count for a lot, ostensibly creating very different approaches to life and diverse living arrangements.  The connections are more subtle in nature, glimpsed in their simultaneous acceptance and rejection of invading ideologies and cultures – the feisty protection of something innate, something perceived to be unique.  Lampedusa’s Prince of Salina said that Sicilians believe they are gods, a lofty and sarcastic self-assessment that could also be applied to the English.  Cultural accomplishment and struggle for identity, whether expansionist or boxed by the marauding sea, can lead to this kind of hauteur, although such an attitude is not so noticeable in practice.  It’s difficult, but arguably essential, that cultures wedded to long and complex pasts have to loosen the bonds and move forward into the unknown.