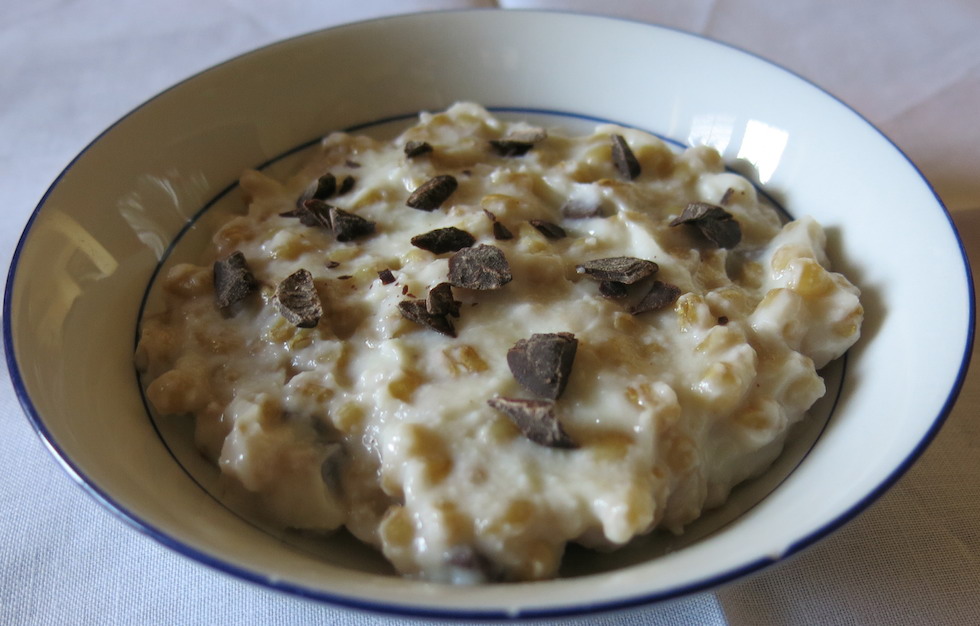 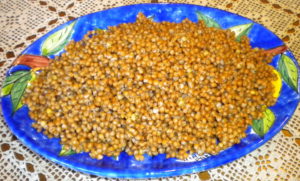 As tradition says “a Santa Lucia si mancia ‘a cuccìa” (at Santa Lucia you eat cuccìa), but where does this custom find its origins?

In Sicily all traditions, especially the culinary ones, trace their origins to the distant past and are very often pertinent to religious belief. According to legend, in the mid-seventeenth century a terrible period of famine tormented Palermo and the population suffered starvation.

On the 13th of December 1646, a miracle seemed to have attended the prayers of these poor people. On that very day, dedicated to Santa Lucia, a ship loaded with wheat arrived in the city’s port. The wheat was distributed to the people who cooked the grain immediately without even milling the wheat into flour to make bread.

Out of devotion to Santa Lucia, patron of eyes and sight, Sicilians have maintained the tradition of not eating bread, pasta, or any other food made with flour but, instead, rice, vegetables and legumes. Of these, the wheat grain, alias the “cuccìa”, cannot be missed! 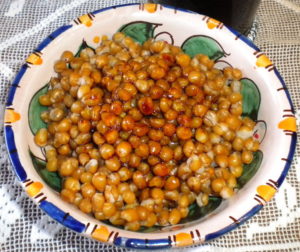 Traditions that pass from generation to generation, as we know, evolve and are adapted to modern tastes and culinary uses. On the day of Santa Lucia, Sicilian tables are sumptuously decked with risottos and potages, but also with mouthwatering arancini, potato croquettes, panelle (chickpea fritters) and much more.

The “cuccìa” is an ancient dish brought to Sicily by the Arab conquerers. During the wheat harvest farmers used to eat the grain in the fields, simply boiled with a drizzle of olive oil.

The preparation of the cuccìa for Santa Lucia is a ritual in Sicilian families that begins two or three days before the holiday. The grains are rinsed then soaked in cold water that will then be changed every day. On the 12th of December the grains are immersed in water and cooked in a big pot until tender. The cuccìa is then drained until completely dry and ready for various preparations, either sweet or savoury.

The most common recipe is milk pudding called “biancumanciari” in Sicilian. When the milk cream is ready and still hot, the cuccìa is added, mixed well then put into dishes or small bowls. A sprinkle of cinnamon and chocolate chips/flakes is added to the dishes of cream, and the delicious dessert is ready. 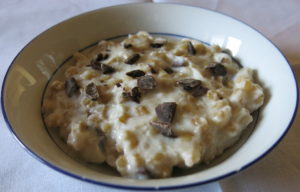 Another simple recipe is cuccìa with sweetened ricotta cheese, best if made with sheep’s milk. A spoonful or two of fig syrup is a great topping for cuccìa if you prefer a simpler dish. The savoury version of the cuccìa is less common than the sweet but very hearty, perfect for the cold winter weather. The boiled cuccìa is added to vegetable soup which usually includes chickpeas, lentils or beans. Heart-warming, indeed!