Back to Basics in Basicò 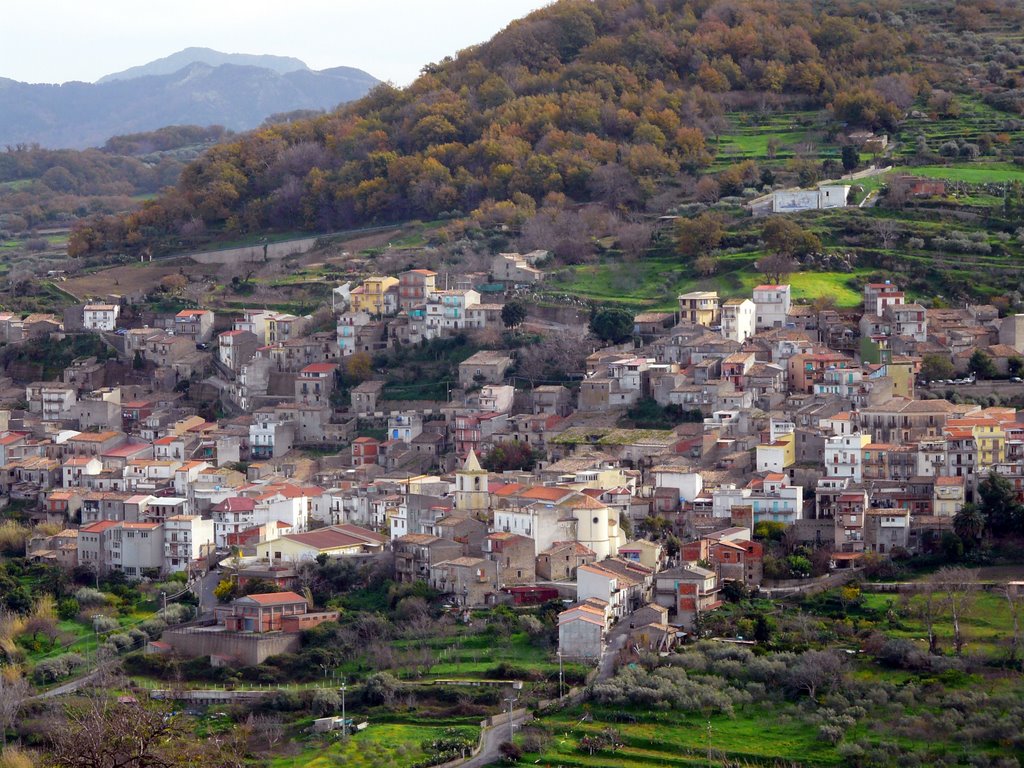 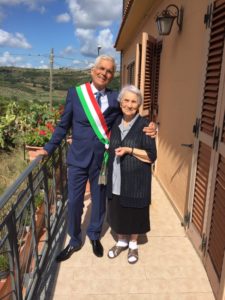 “If two hundred people leave Basicò every ten years, and there are no births or relatively few, it will be a ghost town in a short period of time,” says Antonino (Nino) Casimo, now seven months the mayor of Basicò. “The place could die. Isn’t that sad?”

Located between between the towns of Milazzo and Patti, Basicò is one of over a hundred mountain villages in the province Messina. The hilltop village with views of both Etna and Aeolian Islands is home to about six hundred and fifty people.

Casimo was born in the region and spent ten years there while attending high school and the University of Messina. On completing his education he moved Milan to make a career in the chemical industry and then the UK. During his international career he never cut ties with his family’s village.

He has a wife of nearly thirty years. The Casimos have three sons ages twenty-six, twenty-three and eighteen. The family can trace their roots back more than four centuries in the region.

Asked why he wanted to run for Mayor of Basicò, Casimo responded jokingly, “My madness. My naivety.” Then after a laugh he admitted, “My desire to make a difference.”

“What is striking about Sicily,” he continued, “is there is no true middle class. There are few engines for local economies and entrepreneurship. We went from a feudal system immediately to an underclass structure. People were never equipped with the knowhow to be self-sufficient.”

Like so many Sicilian villages, Basicò was in dire financial straits. Casimo not only wanted to resolve the village’s financial crisis, but also wanted to see economic growth through entrepreneurial efforts. “If you enter into anything,” Mayor Casimo emphasized, “you have to have a plan. You must base your plan on analysis and focus on a few key activities to move from the current situation at town hall to a better. financial situation.”

The village employs twenty people. Revenues from taxes collected and the subsidy from the Italian State were not enough to pay Basicò’s outstanding debts.

Upon taking office, Casimo had to move immediately to restructure the village’s finances. Restructuring required the village to borrow money from the Italian State. Casimo began by cutting operating costs, followed by more rigorous tax collection and, then, starting to pay Basicò’s creditors.

“I have had to make some unpopular decisions,” Casimo explained. “We are educating Basicòtani on the importance of paying taxes. We are finding practical ways to help them to pay their back taxes.”

“The village,” he noted, “had substantial costs in employee bonuses. I cut them. It made me enemies”

He has, though, begun to make a few new friends. “My main focus has been debt management, and my second focus is tourism.” 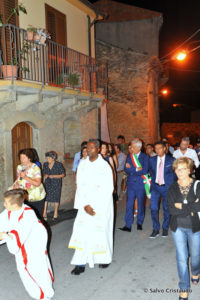 Many Basicòtani return to the village for both The Festa St. Francis and The Festa of the Madonna of Basicò. The village has no hotel and limited accommodations. Casimo wanted to find ways to improve and expand the festas. “To communicate with the nine hundred Basicòtani around the world in Argentina, Switzerland, Germany and the UK,” the Mayor pointed out, “we’ve developed the new cittabasico computer and phone app.”

Recently Casimo discovered that the village video surveillance the cameras that are serviced by satellites could also give Basicò Internet access. So now most of the village can have an Internet connection. “You can get a password from the town hall,” he went on, “and it’s free.”

For the first time the village has held a Christmas Market leading up to the holidays. This was a first. The Market attracted over two thousand visitors over a five-week period. “This was unheard of for Basicò.” the Mayor said. “It was a good event.”

“We’re trying to focus on sports events,” he declared. The village held motocross events in December and January. Each time attracting more than fifteen hundred visitors. Basicò is also planning a cross country event in June and a mountain biking event.

Discussions are underway for converting an abandoned soccer stadium to an equestrian center. This project could create jobs for up to five local youth.

Casimo imagines a Basicò beach creating an inland swimming and sunbathing area in the village not unlike the sunbathing areas developed in Paris along the Seine. “All these projects,” the Mayor emphasized, “will bring more people to the village and will create jobs.”

Basicò, like many other Sicilian villages has a wealth of abandoned houses. Using a model used by the village of Gangi, the village is creating a requisition system to repossess and resell abandoned houses at extremely reasonable terms so long as new owners comply with remodeling, taxation and use requirements.

There is also plans to convert a local Baronial Palace into a hotel. “We will, of course, respect it’s design and architectural integrity,” Casimo said, “and we prefer to accomplish this with private investment with some in-kind incentives for investors.”

The village has identified twelve or fourteen houses where they could create some local infrastructure including small service businesses and longterm tourist rentals, etc. “It all sounds so simple” the Mayor admitted, “but it is very complicated. There is almost no credit available for projects like this.”

Over twenty years ago, agriculture was good business in and around Basicò. Agrarian reforms were unsuccessful. Plots of land were divided, redivided and, eventually abandoned. With trade barriers gone agribusiness at almost any scale became a tremendous challenge.

“It’s no longer productive to farm on the hill,” Casimo maintained. He would like to see a strong move toward agri-tourism, “but that requires a driving force. More Basicòtani must cultivate ambition. It requires an entrepreneurial mentality. We could also create an adventure park for school groups. This will happen when the local people find the will to do these things.”

The new Mayor has also reinstated a lost tradition called “Pranzo con le persone mature e sapienti.” The town hall organizes a lunch at the local school with all the people over sixty-five. The elders are brought together with the young and are honored for their experience and wisdom.

Casimo has been working to introduce recycling to the village. The initiative has had many delays, but the Mayor remains optimistic.

The Mayor’s greatest setback involved the much publicized European refugee problem. The Italian State asked the village of Basicò to accept refugee families to live in the village’s available housing. The program would have created eight jobs for a period of two years and could have greatly contributed to Basicò’s much needed economic growth. But, the measure was voted down.

“The push-back was hard,” Casimo recounted. “The language and behaviors of the opposition were really unacceptable. It is so easy to invent an enemy from the outside. These refugee families are no threat to us. It was a diplomatic setback. Even the local priest didn’t like the idea of Muslims living in Basicò”

“This is the most challenging thing I’ve ever had to do in my life.” the Mayor related. “The rules are different. You are not dealing with people who have the same motivation to change things. It requires a great deal of energy to persevere. Many don’t want to change. Sometimes history is bigger than you and me. It’s a big challenge, but imagine if you succeeded.”