Book Review: Arabs and Normans in Sicily and the South of Italy 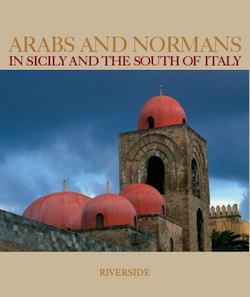 The early medieval period, in which Sicily was ruled first by the Arabs and then by the Normans, probably represents the island’s cultural, economic and intellectual zenith. It was certainly during this time that Sicily underwent the greatest degree of man-made change. For someone who wants to understand modern Sicily and examine all that is good about its present day culture, it makes sense to begin with the Arabo-Norman period.

Arabs and Normans in Sicily and the South of Italy, published by Riverside Book Company Inc, is co-written by Alessandro Vanoli and Adele Cilento. This 309 page book has 271 colour illustrations and is a sumptuous feast for the eyes.

It is packed with photographs of exquisite objects in museum collections around the world. There is the red silk cape of Roger II from 1133 A.D., embroidered with gold lions and camels. There are facsimiles of Arabic star charts and maps of the world. We see the tapestries, coins, drinking vessels and bejewelled weapons that filled the homes of Sicily’s Arab and Norman rulers, which together conjure up a vivid impression of the life and culture of the period.

Photographs of the Arabic and Norman buildings almost provide a virtual tour of the region. I have visited most of the places, yet the photos showed me details I had missed: the pure Arabic ceiling of the Palatine Chapel in Palermo, for example. 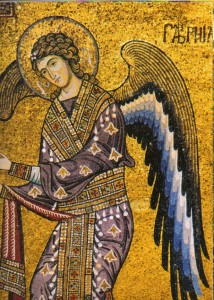 This is not merely a beautiful coffee-table book, however. The text is written by two authors with impressive credentials. Vanoli, of the University of Bologna, is a doctor of European social history who specialises in the study of Islam and its interactions with Jewish and Christian culture. Cilento is Professor of Byzantine history at Florence University.

With good reason the Sicilians regard their Arab and Norman heritage with great pride. Vanoli and Cilento have done an admirable job of explaining why. The authors do not overload us with dates and facts. They tell us what is more important: the cultural background of the Arabs and the Normans, where they came from, how they changed Sicily, and why they did what they did.

Vanoli relates how the Arabs came to Sicily from the south. Their empire in Africa and their hundred-year struggle to dominate Sicily is described entirely from their point of view, and makes for dramatic reading. We enter their mindset as they establish themselves in Sicily, and then conquer far enough north to sack Rome. During their 200-year domination they turned Sicily into the cornucopia of the Mediterranean and one of the richest trading centres of the medieval world. Vanoli brings their way of life alive, and the illustrations very much enhance his evocative and sometimes lyrical prose. 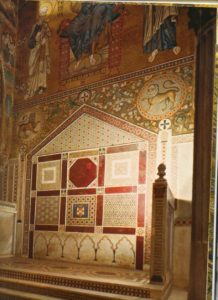 Then came the Normans. Cilento starts at the very beginning with their origins as Vikings who plundered and conquered swathes of Europe. After a ten-year war fought by guerilla tactics, the Normans possessed Sicily and her vast wealth. The Normans allowed their women considerable freedom, and Cilento tells the stories of several who shaped this period of Sicilian history. She also examines the Norman church-building programme and the evolution of a uniquely Sicilian style of church architecture. Cilento overturns some oft-quoted clichés and provides a different and more insightful account of the Normans in Sicily. 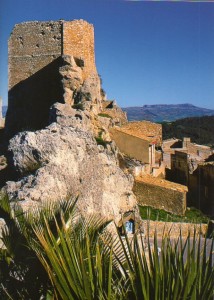 If I were to point out weaknesses, my main gripes would be that the photos are not always fully credited – a few of them do not tell us where the artifacts are to be found; I wish that the authors had quoted, or at least referred to, their sources more often; and the chapter headings are not as helpful in navigating the book as they could be.

On the positive side, the book is fascinating and highly readable. The English translator Brian Eskenazi deserves great credit for rendering the authors’ Italian into very natural English prose. The authors assume no prior knowledge of the period, making the book highly accessible to any reader, yet they offer new insights to those more knowledgeable on the subject.

Add to this the broad scope and sheer beauty of the illustrations, and I feel that the strengths vastly outweigh the weaknesses. This book is an absolute gem which I would unreservedly recommend to any reader. 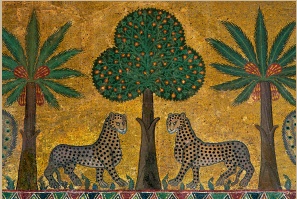