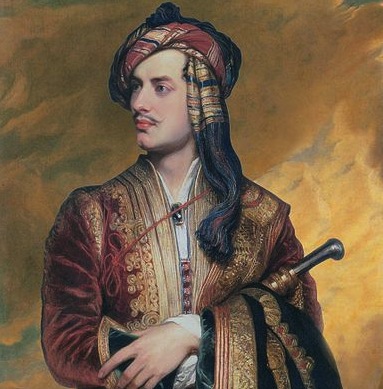 Sicily was an ideal location for a poet of the Romantic school with its decayed antiquity, faded aristocracy and raffish edge.  This movement, straddling the late eighteenth century and early nineteenth century, was seen as a backlash against the harsh modernity of the Industrial Revolution and was characterised by the likes of Shelley, Keats, Schiller, Pushkin and Coleridge.  Indeed, Samuel Taylor Coleridge, escaping the tedium of colonial Malta, took two long sojourns in eastern Sicily during 1804 and 1805. 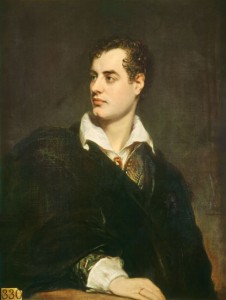 Coleridge wasn’t the only Romantic to derive inspiration from the island.  Some of Shelley’s poetry, along with the verses of a plethora of his contemporaries, directly references its myth and legend.  Leigh Hunt, a notable liberal pamphleteer and poet, even wrote a charming little volume called A Jar of Honey from Mount Hybla, which was designed to keep the English cold from the door during the Christmas holidays with tales and poetry from Sicilian history.

It would be impossible to talk about the Romantics without mentioning Lord Byron, the greatest figure associated with the movement, although his sense of individualism would never have permitted membership.  Byron, actually christened George Gordon, only inherited his title at the age of ten when the previous incumbent, the ‘Wicked’ Lord, died.  Byron’s father also had the taint of devilish instability and was colloquially known as ‘Mad Jack’.

It was the poem Childe Harold that brought George widespread attention and he famously noted that he woke upon its publication to find himself famous.  Interpreted by some as semi-autobiographical, the Childe follows its protagonist through Europe, ostensibly an itinerary that Byron actually undertook.  The clichéd epithet regarding the poet, that he was ‘Mad, Bad and Dangerous to Know’, only partially stands up to scrutiny: Mad? No, let’s say eccentric; Bad? Maybe just a little but then we’re biased in his favour, and Dangerous? Well, that would depend on the circumstances.

There’s no doubt that Byron earned his reputation to a certain degree, but this lasting label is chiefly down to his one-time mistress and scorned lover, Lady Caroline Lamb, who immortalised a thinly veiled contemptuous portrait of the poet in her book, Glenarvon.  It was released just weeks after he had gone into exile in Europe following the scandal of his failed marriage involving his possibly intimate relationship with his half-sister and muted rumours regarding his sexuality.  To many, Byron was a famous tombeur de femmes who lived up to his Don Juan image but, in reality, his sexuality was as fluid as the currents in the Venetian lagoon, the location he ultimately made his Italian home.

Byron travelled extensively throughout Italy and more than one reference has been made to the poet in Sicily, notably his supposed visit to the Villa Palagonia in Bagheria.  This aristocratic palazzo is adorned with a considerable series of grotesque statues commissioned by the cuckolded Francesco Ferdinando Gravina II who is thought to have characterised his wife’s many lovers in some of these figures.  It would seem a perfect destination for our lothario, but sadly, there is no evidence to substantiate the claim – although it’s tempting to imagine a dialogue between the Prince and the poet in the manner of Giovanni Macchia’s wonderful book Il principe di Palagonia.  The most likely explanation is latter day confusion between Milord and the travel writer with a similar looking name, Patrick Brydone.

The Villa has caused further poetic confusion owing to the visit of one Mr Swinburne.  Most jump to the conclusion that it would surely have been the Victorian aesthete, Algernon Charles Swinburne, whereas it was actually his Great Uncle Henry who wrote down his opinions about Gravina’s creations in his book Travels in the Two Sicilies.

Others have placed Byron in the Valley of the Temples near Agrigento.  This is more plausible but still lacks concrete evidence.  It is possible that during his first trip around Europe, his boat put in at Porto Empedocle for supplies, but Byron’s letters are hazy on the subject and it’s an established fact that a substantial portion of his journal entries and correspondence were tragically destroyed on his death in an attempt to avoid the scandal that would have surely followed their publication. 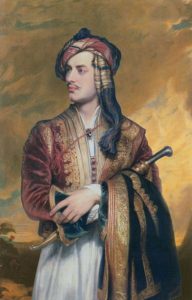 The temple site can easily be conjured by turning to the lines in Don Juan that he wrote about Cape Sounion in Greece, that other archaeological ridge gazing towards the sea, albeit somewhat nearer the coast.  The words also encapsulate Byron’s sense of enslavement and desired freedom from the bonds of anciens regimes:

Place me on Sunium’s marbled steep,
Where nothing, save the waves and I,
May hear our mutual murmurs sweep;
There, swan-like, let me sing and die:
A land of slaves shall ne’er be mine –
Dash down yon cup of Samian wine!

The same poem also contains a reference to Mount Etna, as does Childe Harold.  Existing letters tell of Byron’s excitement at witnessing Etna from the deck of his passing ship and he was well aware of its temperamental reputation and legendary past:  ‘While the whole rampart blazed like Etna, when The restless Titan hiccups in his den’.

The long poem, Don Juan, is still regarded as his masterwork and sealed his reputation in England as the Romantic poet par excellence.  It took years and a shift in attitudes for the English establishment to take Byron to their bosom. Throughout the era of Victorian intellectual propriety, the poet’s reputation was still tainted by his not so private, private life.

On the continent, his considerable literary talents were regarded on a level with his revolutionary activities.  Although it’s as well to remember the saying: ‘Inglese italianizzato, diavolo incarnato‘.  During his long sojourn in Italy he became involved with the Carbonari movement, a precursor to much of the Risorgimento.  In Greece, where he died in 1824, he is a national hero having funded, and personally headed, forces in the fight for freedom from Turkish rule.  Who knows what political machinations he would have been involved in had he stayed for an extended period in Sicily.

Despite his deformed foot, Byron was an extremely strong swimmer and famously crossed the Hellespont.  He could quite easily have swum the Straits of Messina, but this is a legend too far, as was his supposed yacht trip with his friend and fellow poet, Shelley, all the way to northern Sicily.  In the work, Byron and his Contemporaries, Leigh Hunt firmly refutes this notion and categorically states that Byron never was in Sicily.  We know he worshipped her from afar, but despite the gossip, evidence points to the fact that Sicilia was Byron’s last maiden.