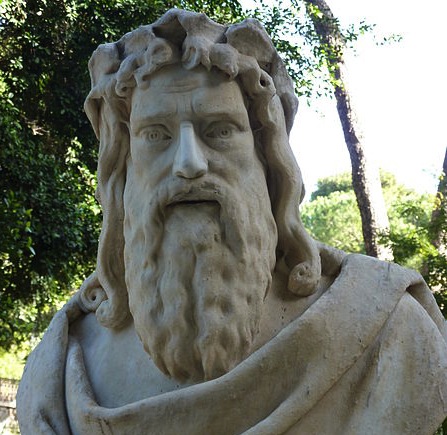 The coming of the Greeks in Sicily was not a military occupation nor an action of territorial expansion on their part. It was rather an emigration of groups of people or groups of families, from their mother land in search of freedom and of a better way of life, away from heavy taxation and burdensome regulations, which was directed at keeping them in a state of almost slavery. Unemployment was another big factor, which was forcing people to live poorly if not in squalor in many instances.

The first emigrated in Sicily took as much land as they could manage homesteading it. At first they tried to live with the Siculi, already there and little by little, as they became more numerous, they pushed the Siculi further inland.

In time some groups of families or just a big family, either by cooperation or by member number, became stronger establishing some kind of a status, what could be called something close to the “elite” class. This group of families, or single family, having become richer and powerful, maybe because they had taken more land or because they were in some kind of profitable business, had become more influential, thus assuming the role of the head of the community: settling disputes, deciding the course of events and laying down rules in general.

Voice went around about the beautiful and fertile island and the communities enlarged and became cities, which later organized themselves as city-states. These city-states had an assembly and a head of state. One of these city founded by the Greeks was Kata Aimen (which means “by Etna”), which later became Katane and lastly Catania.

Around 650 B.C. the head of state of Katane was Caronda, reported to be of medium social status, and who was the greatest legislator of his time, whose spirit of his laws is still embraced in our times. His laws were not only used in his city but were later adopted by many cities in Magna Grecia, that is in Sicily and southern Italy and later still in Greece and Asia. Even Aristotle speaks admiringly of Caronda as one of the greatest legislators. Caronda was the first to institute laws to punish deserter by making them to dress as women and stand for days on corners of streets were they could be seen by anyone. And making them feel the sting of their wiles. He made a law against false witnesses, to whom instead of giving them a prison sentence, made them were a writ of tamarisk, sign of shame, while walking through the city, so anybody who saw them will know that they were impostors.

He is the starter of public education with teacher paid by the state for kids whose families could not afford to pay for the education of their children. He forbade a widower who remarried to hold public office, reasoning that a man who is cruel enough to impose a step-mother to his children could not honestly decide well on public interest. He was a great defender of the family unit and ordered that the orphans should be raised by the maternal relatives, while the inheritance should be administered by the paternal side of the family; the idea beyond it was that the children will be well cared for and the inheritance will be well administered. At the same time Caronda made a law that imposed to a well to do relative to marry the poor orphan with a rich dowry. The law of Caronda are known as the “Calcidese Code” and they are important because they have an universal theme: The sanctity of the family and the well being of the children, things that he considers as the basis for a strong state.

These are some of Caronda’s laws:

• Men in their thoughts and actions must ask the gods for enlightenment and they will get help and good ideas.

• One must stay away from bad deeds to keep the gods friendly, they have nothing in common with bad people.

• These are considered bad deeds: rejection of the gods; indifference toward parents; offending judges and the law.

• Everyone must work toward a starting and an ending of a job with dignity and décor.

• The rich who help the poor, as the parents who teach their children respect and love for their mother land, must be praised. Those who are poor through no fault of their own must be helped, but not those who are poor because they are lazy and dissolute, through which one learns to do bad things and becoming a bad person.

• One must love virtue and for this it is good to keep good company with high merit people.

• The dead must be honored not as much with tears and compassion but by imitating their virtue and offering the first fruit of nature.

Caronda was very severe and rigid with his laws and he imposed the law of the “eye for an eye”. One of Caronda’s laws forbade anyone to bring arms in the assembly chamber by the forfeiture of his own life. One day, returning with soldiers from an incursion against thieves, coming close to the assembly building, heard a great commotion coming from the assembly chamber. Thinking that it could be a fight, he ran in to restore order. Somebody made him notice that he had broken the law, by entering the assembly armed. There and then he drew his sword and, stoically, killed himself. That was his law.