Why the Carusi Matter 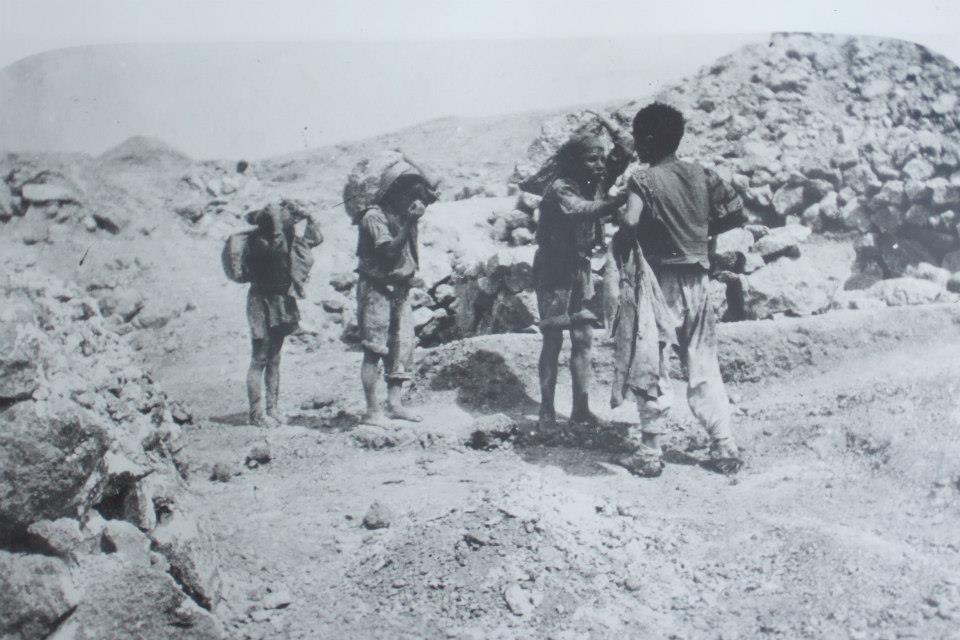 Growing up, I had no real sense of myself, no firm grasp on my identity. As a third-generation Sicilian American, I was raised with a white-washed American upbringing—there was seldom a trace of Sicilian culture in our lives outside of my mother’s cooking. As a child with an early love for books and writing, I hungered for the language of my ancestors, or some taste of the music, art and literature that could indicate who we were as a people. It wasn’t until after graduate school, when I actually began to aggressively seek out a deeper understanding of Sicily that I was able to reclaim my lost sense of self. Coming from a working class family, I had no money and terrible student loan debt, so I worked three jobs in order to take language classes (both Italian and Sicilian), along with immersing myself in as much literature, film and music that would give me an access to my heritage. I had to teach myself what it meant to be Sicilian. 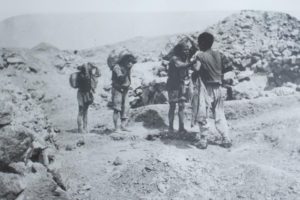 It was through these efforts that I discovered the carusi—children as young as four and five years old who were sent by their families to do backbreaking labor in the sulfur mines throughout rural Sicily. I promptly became obsessed with learning everything I could about this largely forgotten history. The mining industry in Sicily predated Roman times and lasted until after World War II, despite child labor laws that had been put into effect throughout Italy in 1861. The laws were not enforced well, and between Sicily’s stubborn traditions and the collapse of the Italian economy after the war, the practice of child labor continued. Families were starving, desperate for work. Children were loaned out to miners as assistants in exchange for a “soccorso morto,” which literally translates to “dead aid.” Once families received this money, they were locked in. A child spent ten to fifteen years of his life working underground to pay off the debt. Most remained working there for life if they survived.

The mines preferred children (usually boys), because their bodies were small enough to maneuver through the underground tunnels, allowing them to carry unending loads of sulfur aboveground to be used as an energy source. The carusi endured short, brutal lives. Their bodies became deformed, their growth stunted through years spent crawling through the tunnels. Miners worked with little protective gear or clothing due to the incredible subterranean heat. Everyone who worked the mines knew that each day could be their last. Those who didn’t perish in an accident or explosion, usually developed severe respiratory conditions and cancer from prolonged exposure to dust, sediment and toxins used in producing liquid sulfur. 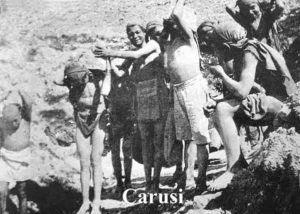 to. Often these children were raped by the miners that they were assigned to assist. The presence of sexual abuse is one that is discussed in various works of Sicilian literature about the mines, including Virgilio Titone’s short story “The Sulfur Mine,” and also in the Italian film, Acla’s Descent into Floristella. I wanted to discover for myself whether or not the experiences of carusi were as brutal as these depictions. Unable to win a Fulbright or secure any travel grant funding, I again worked three jobs and financed the trip alone. The last sulfur mines were shut down in the 1980s and I was desperate for a chance to speak with the last surviving sulfur miners left. Time was not on my side.

In early 2013, I traveled to Piazza Armerina and Valguarnera Caropepe in the region of Enna to conduct a series of oral histories with these miners in order gain a deeper understanding. Dr. Salvatore Di Vita, the former director of the Ente Parco Minerario Floristella-Grottacalda, once a major mining site that now serves as a living museum preserving region’s mining culture, agreed to work with me. With the help of Dr. Vita and Dr. Chiara Mazzucchelli, an academic and native of Valguarnera Caropepe, I was able to engage with the community for my research, along with surveying 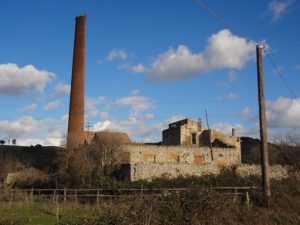 the actual grounds of the mines. Working also in tandem with the Lega Zolfatai museum in Piazza Armerina, I spoke with various miners, many of whom had spent their youth as carusi. I had the privilege of hearing the story of a former caruso who was 103 years old at the time of our interview. All of these men were born into generations of carusi, with fathers and grandfathers starting work at an average of five to six years old. Abuse and hardship were realities that most couldn’t escape. The stories I heard paralleled the initial research I’d done.

During this trip, I also met many young Sicilians, some of which didn’t know anything outside of the fact that the mining industry once existed. This saddened me, though perhaps it wasn’t hard to understand why. People often distance themselves from what makes them uncomfortable. Historically, to be Sicilian usually meant that you were poor and uneducated, and therefore had no social power. People were desperate to escape this and any association with the memory of such hardship. Perhaps this is why many Sicilian Americans, like myself, have no practical access to their own heritage. I had to fight very hard to learn what I know. I still have so much to learn.

I have since completed a novel partly informed by my research. This book has won competitive fellowships at prestigious artist residencies, awards at conferences and publications in respected literary journals. I am committed to perfecting the manuscript until it finally finds a home with a respectable publisher. Perhaps in some small way, it might help keep this history relevant and unforgotten. The carusi deserve a place in the contemporary consciousness of Sicilians and Sicilian Americans alike. Without access to our history—the good and bad of it—we are only cut off from ourselves.

Olivia Kate Cerronehttp://www.oliviacerrone.com/
Olivia Kate Cerrone is a writer and educator. Her fiction has appeared in various literary journals, including New South, the Berkeley Fiction Review, War, Literature and the Arts, Italian Americana and VIA: Voices in Italian Americana. She recently won a “Distinguished Fellowship” from the National Endowment for the Arts to attend the Hambidge Center for the Creative Arts and Sciences, and has also won residency grants and fellowships to attend the Tin House Summer Writer’s Workshop, the Virginia Center for the Creative Arts, the Ragdale Foundation and the Vermont Studio Center, among others. Her forthcoming novel, The Hunger Saint received a 2014 “Conference Choice Award” by the SDSU Writers’ Conference. She holds an MFA in creative writing from New York University. Contact her at: Olivia.Cerrone@gmail.com