Castelbuono, a Wonderful Place to Visit All-Year Round 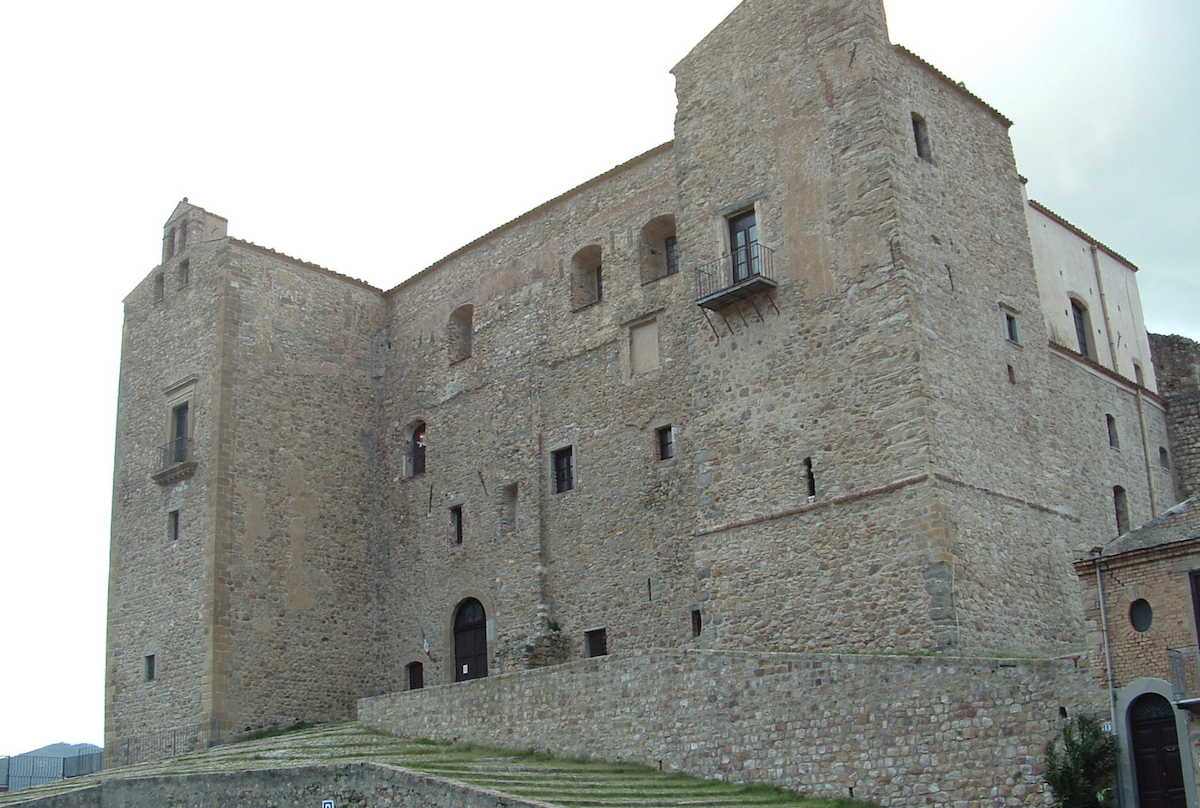 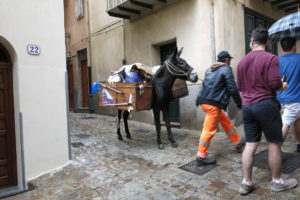 It sometimes happens that, for some reason or another, you are attracted by a place that you’ve never visited. This is what happened to me with Castelbuono, probably also because of its name, which means Good Castle in English.

The town is nestled in the valleys of the Madonie Mountains and I had heard that it’s where donkeys are used to collect recycled waste. This aroused my curiosity and my admiration for a local council with such environmental awareness.  Moreover, the town’s medieval origins also prompted me to visit Castelbuono. 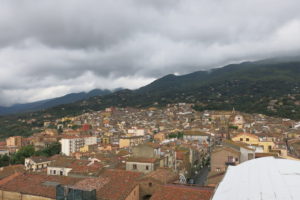 On arriving, I was impressed by the imposing Ventimiglia Castle, which was our first stop. A young student greeted us and volunteered to be our guide during our tour of the castle. He told us the story of the castle and its intricate origins with much professionalism and passion. It was constructed in 1316 by Count Francesco I of Ventimiglia upon the remains of a Byzantine and Arab-Norman manor. It’ interesting to note that village’s ancient name, Ypsigro, changed to Castrum Bonum because of the castle’s importance.

The Palatine Chapel of Saint Anna, within the castle walls, is a true jewel of religious and artistic relevance. An important relic of the Saint is preserved in the chapel, which is a stucco masterpiece created by the famous Serpotta brothers. 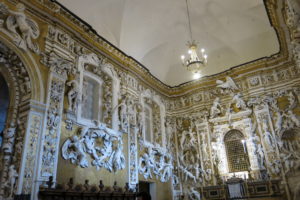 In addition to the historic, architectural and artistic importance of the fortress, the people of Castelbuono are tied to the Ventimiglia Castle for a special reason, as our guide told us. In 1920 the aristocratic Ventimiglia family, after years of luxury and prodigality, went bankrupt and the castle was put up for auction. The bond between the town and its castle was intrinsic to the settlement’s origins, history, religion, tradition and sentimental values, therefore Castelbuono decided to collect money gathered in a public fund from its fellow citizens as well as from locals who had emigrated to other countries. Through this great commitment and after difficulties and tribulations, the castle was bought by the town council for its people.
Such cooperation and synergy between the Castelbuono public administration and the populace is now more alive than ever. Many initiatives, projects and activities are continuosly promoted and become successful.
During the presentation of the “2019 Summer Program” we met the mayor of Castelbuono, Mario Cicero, now in his third tenure as mayor:

M.: “Castelbuono is a small town of some 9.000 souls within the Madonie Mountains, what can you tell us about this energy it seems to have?

Mario Cicero: “It’s true, the energy in this town is amazing. Castelbuono’s strength is the cooperation of its people and an administration willing to give its best, to make things work out. Another important factor is that the town councils have always continued the projects of previous administrations and this is very constructive. Many projects have been carried out and have become successful.

M.: What about the economy of Castelbuono?

Mario Cicero: Castelbuono is a relatively small town, far from large cities, so networking with nearby towns such as Pollina, Isnello and others is essential for us. We sustain and promote the excellence and the uniqueness of our territory, also creating resources for the younger generations. Tourism is very important for our economy. The various initiatives within different fields of interest like art, music, folklore, sport, oenogastronomy and events that take place in different periods, have brought up to 40.000 visitors during the year.

We asked Dario Guarcello, the official responsible for tourism, sport and the productive sectors, about the numerous events taking place this year:

Dario Guarcello: Yes, I must say that the 2019 Castelbuono Event Calendar is particularly rich in events that will take place all-year-round. The DiVino Festival is in its 13th year (1 – 4 August) and is a great attraction for wine lovers and experts, which has brought wines from different regions of Sicily and also from countries like France, Germany, Spain, New Zealand, South Africa and others.  Castelbuono events are not only wine and food related but also focus on music. We have the Ypsirock Festival, the Jazz Festival and classical music. In our program, there are art and photography exhibits, theater performances, sport and much, much more. 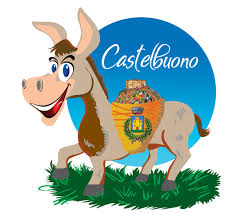 The Mascot of  all these Castelbuono events…the donkey!

After our tour of the castle, walking along the streets, we encountered this unusual waste collector with his work companion. Although the weather was a bit humid, the donkey seemed very happy doing his important job, keeping Castelbuono a tidy and very welcoming place to be.

http://www.girodicastelbuono.com/  (the most ancient street race of Europe)