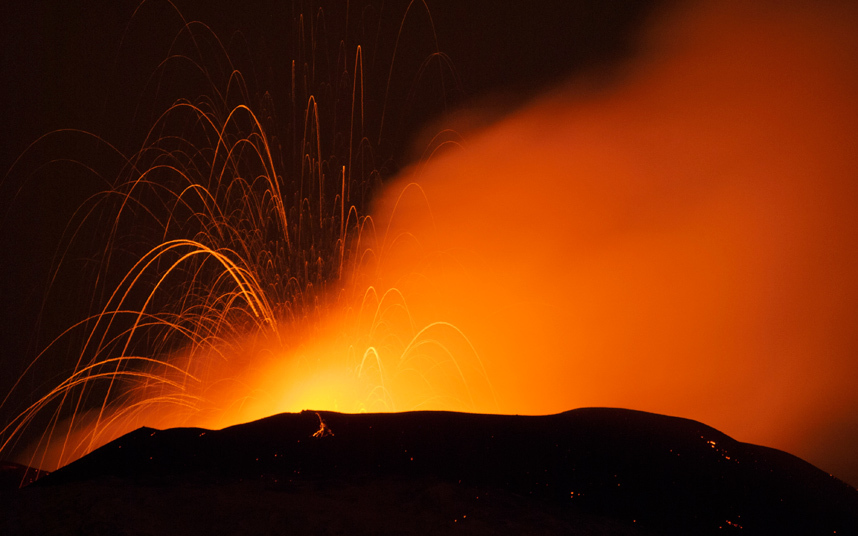 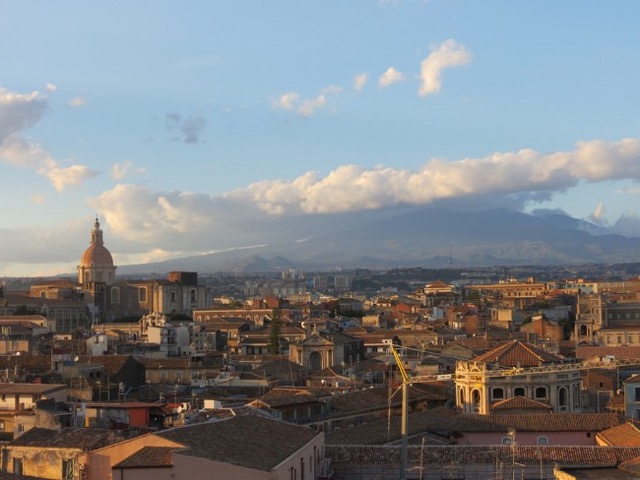 On my first trip to Catania I had no idea Catania was a city for foodies. I had other thoughts about the city—too many of them corrupted and garbaged by descriptions I had read in guidebooks that clearly disliked Sicily’s second city and had little knowledge of the city or its restaurants. But what food you can find in Catania! If you leave the beautiful Piazza del Duomo, walk past the merchants selling puppets and through the arch of Porta Uzeda, you will quickly find yourself in Catania’s incredible fish market.

There are at least two seafood restaurants in the fish market, but my favorite is the Osteria Antica Marina at Via Pardo 29. Wade through the wet and sloppy streets—your new sneakers will be a bit mucky—and into the restaurant and you will be in seafood paradise. Really.

Antica Marina has several tasting menus, all of which are outstanding. The Malavoglia tasting menu, for example, features hors d’oeuvres, two tastings of primo plates at the chef’s discretion, a Paranza fry (of small fish such as mullet, prawns, anchovies, squid and small sole), a salad of cherry tomatoes, Calabrian onions and ricotta chips, a sorbet, the dessert of the day and water and coffee (wine not included). All of this excellent seafood is served by a staff that works with the precision of a Swiss watch. Owners Maurizio Scorza, Giovanni Leonardi and Campisi Salvatore were very careful when they hired the Antica Marina staff, most of which comes from their own families.

Another foodie destination is Pastecceria Savia at the corner of Via Etnea and Via Umberto. Founded in 1897, Savia is crowded at almost anytime of the day, and no wonder. Their arancini are the best in Catania and their cannoli and cassata are perhaps the best sweets on Sicily’s east coast. Savia enjoys the added advantage of being just across the street from the uphill entrance to the Bellini Gardens, a well-landscaped refuge from the noise and confusion of Catania’s streets.

At night the streets of Catania are flooded with the merriment of the city’s young people. The restaurants and bars on the Via Santa Filomena, a kind of restaurant row, are busy and noisy. The college students and other young people of Catania do not see the danger of volcanic eruptions. They are indestructible kids. I suspect, however, that if you scratch just a little you will find a layer of concern and dread, if not downright fear of Etna.

So Etna, send up your bright red and orange nighttime flashes and explosions. Down here on the Via Etnea the youth of Catania toast you with a glass of Prosecco and dream of good things.

Mt. Etna, Mongibello in Italian, is the heart of Sicily. Etna is a stratovolcano or a composite volcano, the most common kind of volcano, which means that she is built up from layers of solidified lava, pumice and volcanic ash. She is an 11,000-foot pile of hot geology. Her location, geologically speaking, is very shaky—she sits on that area where the African plate begins to move under the Eurasian plate. A precarious place for an active volcano.

Mongibello has  four craters on the summit and hundreds of vents that range from small holes to fairly large craters on the slopes. Eruptions from the craters on the peak are the most spectacular but eruptions that happen farther down the slopes are far more destructive to towns and villages and farms. Randazzo, an agricultural town on the northwestern side of the volcano,  has escaped destruction. They have had to deal with Etna’s blasts of ash but the closest they have come to a lava flow was in 1981 when lava reached the town’s outer walls and destroyed vineyards.

One of the most catastrophic eruptions to hit Catania occurred in 1669. On March 11 of that year the volcano released flows of lava that wiped out over 10 villages on the southern slopes. In about five weeks a mile-wide flow of lava reached the walls on the west side of Catania. The walls were breached by the lava in some areas. In other sections of the city, buildings were torn down and the bricks used to reinforce the city’s walls against the lava. Catania was surrounded by lava flows and lava poured into the harbor. Major avenues in the city were bricked shut to prevent lava from entering the heart of the city. Lava flows finally stopped on July 11. Twenty-four years later Catania was struck by a killer earthquake that wiped out two-thirds of the people.

The people of Catania, who do love their seafood, live snuggled next to a volcano—a volcano of sometimes violent and destructive eruptions. But they glide through their lives on the wings of the brilliant Sicilian sun aware that they live on the edge of destruction. They fear Mungibeddu, as Mt. Etna is called in Sicilian, but they have learned to live with her. They do not criticize her or say unkind things about her. She is like the expensive and difficult mistress they cannot live without.

Yes, the volcano can be difficult, but the University of Catania, which was founded on October 19, 1434 by King Alfonso I of Sicily, is a beacon of hope for young Cantinesi. The university is considered to be one of the best in Italy and has about 18 departments including medical surgery, drug sciences, agriculture and industrial engineering. The humanities are not neglected. Students must speak English to study at the university.

During the nineteenth century Catania flourished as a center for the arts and was considered the heart of Sicily’s theater world. It was a base for some of Italy’s most accomplished actors and directors. In literature, two of Italy’s most important verismo authors, Giovanni Verga and Federico De Roberto, made their homes in Catania. Opera composer Vincenzo Bellini, who died at 33 in Paris, is regarded today as a major composer of opera—an opinion based on three masterpieces, Norma, La sonnambuli and I puritani. Catania’s very beautiful opera house is known as the Teatro Massimo Bellini. Bellini is buried in an elaborate tomb in the Duomo in Catania.

Catania was founded by the Greeks in 729 BC and was called Katane.

Today Catania shows off its wide boulevards and is Sicilian baroque in a most unusual way. The buildings on the Piazza del Duomo are fine examples of an eye-catching and dignified combination of black volcanic stone, white volcanic stone, marble or limestone. Sicilian baroque in Catania has taken on a subdued character thanks to architect Giovanni Batitsta Vaccarini. It relies more on Roman baroque than it does on the more flamboyant Spanish baroque. The Duomo, which was begun by Count Roger in 1092 and was rebuilt by Vaccarini after the 1693 earthquake, was recently restored. It is the centerpiece of the piazza.

The piazza also contains the statue of a black lava stone elephant with an Egyptian obelisk on its back. The elephant stands solidly on an elaborate base that contains fountains on the sides. Some historians believe that Vaccarini, the architect, stole the elephant idea from a similar statue by Bernini in front of the church of Santa Maria sopra Minerva in Rome.

Catania’s Roman theater, which was built over a Greek theater, can be entered from the Via Vittorio Emanuele. The underground passages of the Roman theater still exist as does some of the orchestra (the space between the audience and the stage) and the scena (the building behind the stage). The original marble facing of the theater was removed by the Normans, who used it to build the cathedral.

Greeks believed that Hephaestus, the son of Zeus and Hera, and the god of blacksmiths, worked on his forges under Etna making weapons for all of the gods. Virgil, in the Aeneid, gives us the perfect description of a Mt. Etna  eruption:

By turns a pitchy cloud she rolls on high;
By turns hot embers from her entrails fly,
And flakes of mounting flames, that lick the sky.
Oft from her bowels massy rocks are thrown,
And, shiver’d by force, come piecemeal down.
Oft liquid lakes of burning sulphur flow,
Fed from the fiery springs that boil below.

Interested in planning a trip to Sicily? Explore and find out more with us! Times of Sicily Travel