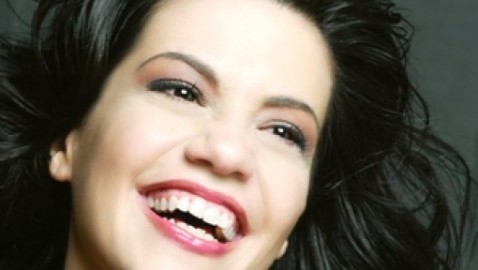 After interviewing Chiara Montalto, I snatched a tissue off my desk and wiped by face and eyes. My body forced me to react to her gentle message. Her tender words coerced me to think back to those warm Sicilian grandparents who blessed our pre-teen days. When you entered their playpen sized front yards you stood face-to-face with either a statue of Mary, the Sacred Heart, or St. Anthony.  Opening the front door exposed us to the mouth watering aromas of fresh bread and exotic sauces wafting thru the air.

Our grandparents literally took a momentary time-out from life and stopped everything to greet us. The old cliché was true, we lit up their day. We were special to them. Many of us can still feel the affectionate cheek pinch, rapid fire machine gun like kisses, or our grandparents softly attempting to stuff some tasty food into our mouths. Most of us were skinny then and there was no excuse to decline food. Remember that dripping cannoli that drove us to lick our fingers well after its shell was swallowed? My youngest son once said, “Dad grandma’s sesame cookies, even with a stray hair near them, always tasted better than the store bought variety.”

Like peacocks with heads held high, our grandparents  walked us thru verdant gardens and introduced us to the contrasting tastes of bitter grapes and sweet figs. We sampled potato and egg omelets, clams and mussels, long before tasteless society tried to influence and label those delights taboo.

Most important of all, they always took the time to ask about our lives, yes, even to advise. They copied Jesus’ style and taught thru parables, recreating incidents that happened in their lives. All this was meant to educate. Those special moments were reserved for us at anytime. Besides pouring their life learning’s into young minds, they splashed our souls with unending prayers.

Our Sicilian grandparents always made extra time to spend with us when we visited. They held our hands and metaphorically massaged our hearts as we navigated thru life. Even today, after they’re long gone, their wise words always seem to pop up in our minds or we just sense their presence at key moments of our lives. They loved us. They didn’t care what we looked like, how much worldly success we experienced or about the mistakes we made, they just flat out adored us, without condition.

As I refreshed my face with a wet cloth, I realized that all these warm past memories remained, but our sainted ancestors departed forever. Chiara’s gift to us is that she resurrected many of these memories and moments to life, for at least an hour, in her one-act play “Brooklyn Love Story.” Chiara elevated that grandparent grandchild relationship to its highest level by writing her play, based upon her relationship with her own grandfather.

Ms. Montalto grew up in a close-knit and loving Italian/Sicilian -American family. She relished the Sunday gatherings which included immediate and extended family. Rather quiet as a child, she was also recognized as a jokester. At those weekend feasts she not only relished the food, but also stood amused as cousins and children ran back and forth playing their games, watched adults play cards, and heard the elders discuss and disagree about politics. Laughter, hearty belly laughs reverberated, and bounced off plaster walls. More laughter registered in ten minutes at those get togethers than was generated by an evening of sitcoms. Chiara also wandered from relative to relative, grandparent to grandparent, absorbing priceless portions of old world wisdom.

Upon reflection, Chiara considers those Sundays with relatives a gift from G-d. They also celebrated special days, such as birthdays, holidays, and communions. As with all of those from that generation, as families aged and some of our loved ones passed on, those happy days gradually faded from her life and from the lives of millions of others. In retrospect, this sensitive artist said, “It’s hard without those relatives and those parties nowadays.”

Lately, she looks at scraps of papers, old photographs which are tangible representations of “The beauty of what we had and our happiest memories. It seems like it all happened so fast.” Chiara eloquently expresses the deep sense of loss of that abundance provided by that heritage.

Ms. Montalto is well grounded in her roots. On her mother’s side, her grandparent’s families came from Benevento. Her father’s family came from Termini Immerse, in Sicily. In point of fact, Chiara has become as citizen of Termini Immerse, an historic city that witnessed an unwelcome visit from Hannibal.

Her parents, well educated teachers, encouraged and supported Chiara’s studies. She developed into a voracious reader.  As with many successful writers, expansive reading led to a writing career. Despite the fact that Ms. Montalto suggests that her introversion kept her away from high school drama, she continued to hone her comedic skills.

Montalto began her collegiate studies in Spain. Unfortunately, her maternal grandmother passed away when Chiara attended university in Europe. While some would have sent sympathy cards, and others might have offered masses, she packed up her bags and headed home to comfort her granddad. She shared her grandmother Struzzieri’s name, look, and love for her grandfather. She resumed her studies at the New School for Social Research and moved in with her granddad. When she first relocated to her grandfather’s home, she felt that he needed her there. Later on, she wondered if all the time, she needed him more than he needed her.

During their decade of cohabitation the relationship blossomed into its richest and most loving time. The twenty year old student moved in with Andrew Struzzieri, her eighty-five year old maternal grandfather. For a decade she lived with a most brilliant man who loved her completely, and without any conditions.

My interview with Chiara seemed to pass so quickly. Her life and time with her Grandpa Struzzieri fascinated me the most. That man, a graduate of Columbia University, brandishing advanced degrees in chemistry, took her under wing and taught her Plato style. During those formative years, she attended a prestigious college known for its arts instruction and, at home, a brilliant octogenarian infused her with inspiration and practical knowledge.

An even richer platonic love developed when they took care of each other, shopped and cleaned for each other.  Granddad never made any demands, he merely supported, educated, and loved his granddaughter. Chiara told me how this man encouraged her to be open to people, to life and to ideas. He influenced her to embrace people, all people. Much like a Navy Seal, Grandpa Struzzieri taught her to anticipate and be prepared. She learned about ways of avoiding annoying traffic on the streets, as well as dealing with life’s obstacles.

While living with her grandfather, the idea of writing a play about their tender relationship evolved. She took out her legal pad and began scripting their original love story. Initially entitled “Emergency Used Candles,” after consulting with brilliant producer director Ronnie Marmo, a new title, “A Brooklyn Love Story” emerged.

Chiara Montalto began writing this play while she and her grandfather were roommates. She sequestered herself and considered herself a medium or intermediary as her writing just flowed. She felt like the messenger until nearing the very end. Suddenly, her pen froze. Dead end. She could not end the play.

Grandpa Struzzieri saved the day and helped her complete this magnificent play. Focusing her thoughts on Grandpa, she experienced an epiphany.  The conclusion unveiled itself. To divulge any more would give away the play’s ending. As I reflected on Grandfather’s positive influence on Chiara, I thought about one of his snippets of advice to his granddaughter, “Adventure thru life.”

Addendum: This play is available for tour dates.