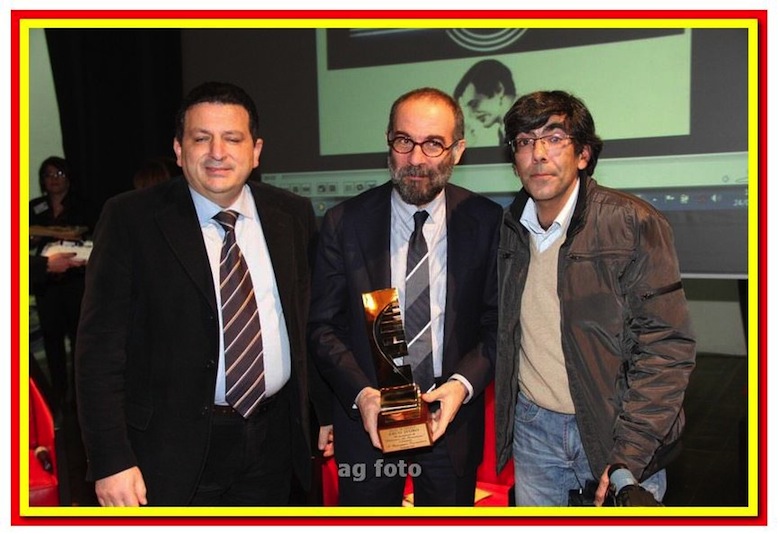 25 years ago in 1989, the Italian film, Nuovo Cinema Paradiso, won an Oscar for Best Foreign Language Film.   I clearly remember watching the Oscars that evening and sharing the excitement with my Sicilian friends and family on the other side of the globe.   They personally took delight in this honor because several of them were cast as extras in the movie and they have carried this “Oscar-win” with them over the decades.

In the movie, a young Sicilian, Salvatore Di Vita, left his beloved island to head to Rome’s Cinecittà to eventually become a famous Italian film director.  A death of a great friend brought him back to Sicily, to face the village and villagers he left behind.   Welcomed home with open-arms, his nostalgia brings back memories of all of the people who were so important to him as a child and young adult.

Yesterday, in my “home-town” of Cefalù, Sicily, the prodigal and über-famous director of Cinema Paradiso, Giuseppe Tornatore, returned to the island in which his Oscar-winning film was created.   One can not help compare the theme of the movie to what transpired on l’isola trinacria.

Tornatore, born in Bagheria, was invited by Angela Macalso (Tourism Consultant) and Cefalù’s Mayor Rosario Lapunzina to celebrate the 25th anniversary of this wonderful film.  Local filmmaker, Franco Turdo, was instrumental in bringing the event together, in a packed theater to watch a montage of movie clips that were filmed in the area.   Local citizens who had roles in the original movie were invited on stage to share their stories of the making of this classic film.

The Mayor of Cefalù also presented a plaque to Tornatore, which was mounted on the pier along the waterfront of the old village.   It was here, a romantic scene was filmed in which Cefaludese were watching  the screening of an outdoor movie, The Odyssey, from their fishing boats in the port.  It was also here that Tornatore received the “honorary citizen of Cefalù” award and keys to the village.

When one of the extras spoke on stage yesterday recounting, “when we won the Oscar”, the theater burst out in applause.   One such extra was Ottavio Brocato, a lawyer in his 50’s from Cefalù, who often tells people he is an Oscar-winning actor – half in jest – half in pride.

Though that day, 25 years ago, not only Brocato, but each and every Sicilian won the Oscar, alongside of Tornatore!