Days of Awe in Siracusa 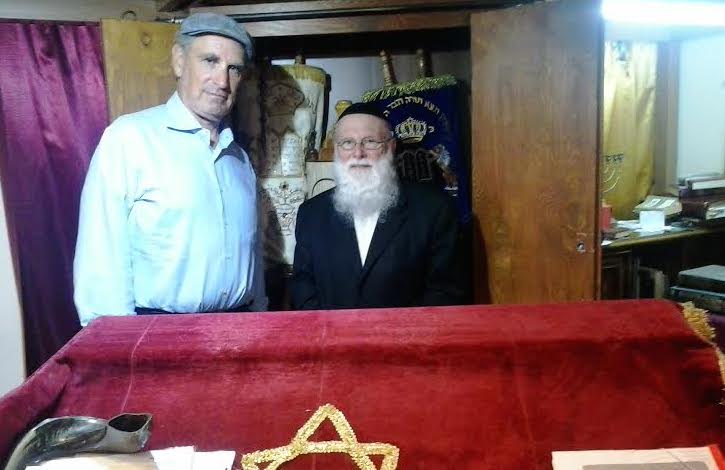 “I will not be false to David. His line will continue forever, his throne, as the sun before Me, as the moon, established forever, an enduring witness in the sky.”

I’m not an historian but I know Jews have been in Sicily for centuries. Even going back to the destruction of their First Temple in Jerusalem in 587BCE, which caused the first dispersal of the Jewish people to lands outside of Israel. At that time most ended up in neighboring Babylon and assimilated there. But it’s not hard to believe one of them saying, “Better to live in Sicily with the Greeks!”

Ok, that part I can’t substantiate. Most history books will put the real beginning of the history of Jews in Sicily at the fall of the 2nd Temple in 70CE when they came as captive slaves of the Roman Empire. What happened in the centuries following pretty much follows the same deplorable and always-irrational history of the treatment of Jews everywhere in Europe, with the culmination being total expulsion from Sicily at the decree of ruling Spain in 1492 (yes—as Columbus was sailing the ocean blue). History also has it that Sicily formally invited Jews back to Sicily in 1740, but few took up the offer. Any who did and lingered would be re-dispersed or worse during the Mussolini/Hitler years. 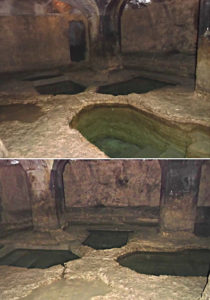 But now there are new signs of life of Jews on the island. One sign is the recent discovery of an ancient Jewish ritual bath—mikvah— in the ancient Jewish Quarter of Siracusa. It is called the oldest mikvah to survive in all of Europe, seemingly built in the Byzantine Era. This mikvah is now on Siracusa tourist maps and itineraries. It’s located in historic Ortygia, at the now-named Hotel di Giudecca, in the part of Ortygia where Jews made up at the time one-fourth of Ortygia’s population.

This discovery set things in motion. A native Siracusan, Rabbi Stefano Di Mauro, returned from decades in Miami to start a small synagogue in 2008, the first on the island in 500 years. I decided to visit the “Sinagoga di Siracusa” for Rosh Hashanah, the Jewish New Year, the beginning of the “Days of Awe”, ten days of repentance and renewal that culminates with the solemn day of fast and prayer on Yom Kippur.

“A growing number of people are asking me to help them rediscover their Jewish roots,” Rav Di Mauro explained to me. Most likely these are descendants from families that were Jews forced to convert  to Catholicism during the Crusades and the Spanish Inquisition years.  Apparently some descendants of these families continued performing Jewish tradition without knowing it was Jewish tradition, as reported in the Israeli newspaper Haaretz in 2010:

For centuries, some families in Syracuse had maintained habits and rituals they no longer remembered were Jewish. For instance, they lit candles on Fridays, without being aware of Shabbat. They covered mirrors during periods of mourning, not realizing that was a shiva custom, or they thoroughly cleaned their houses in anticipation of Easter, not knowing that they were following the (Passover) tradition of keeping their homes free of traces of chametz (leavened bread). 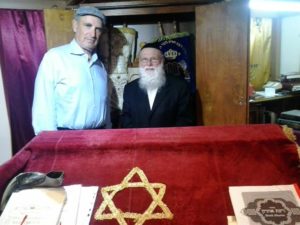 Di Mauro is an Orthodox rabbi and the services in the synagogue are of the Sephardic rite. As for those who attend, well, that’s a whole other story. Those in attendance for the Rosh Hashanah service and dinner represented all sorts of varying Jewish backgrounds. (All are welcome, even non-Jews. Di Mauro works tirelessly promoting inter-faith programs and goes out of his way to reach out to the entire community.)

For me the most fascinating aspect of my Rosh Hashanah visit was this: Those who came really wanted to be there. Some driving long distances from Catania and Taormina and getting hotel rooms just to attend the services, as well as those taking time from their sunny Sicilian holiday to spend time in a somewhat makeshift synagogue. While New York City’s Central Synagogue celebrating the eve of Rosh Hashanah at Avery Fisher Hall is great and all, I can’t imagine anything more real than what I witnessed in Siracusa. 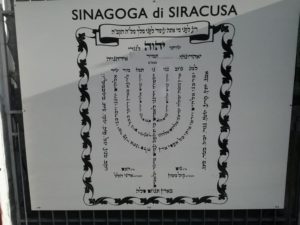 Visiting a service here had me imagining what it must have been like to worship in the time of and locations of “Fidder on the Roof” and “Yentl”! As humble as it is, the synagogue is complete with Torah scrolls in an Ark of the Covenant, a huge candelabra for the Hanukah season and more urgently, the presence of a small and large shofar—ram’s horn—as the blowing of the shofar is an integral part of the Rosh Hashanah service. It has plenty of  prayer books, Talmudic writings, and Jewish history books in its small library as the synagogue also naturally serves as a Jewish learning center for “the People of the Book.” For good measure, there’s a canopied-section outside to celebrate life-cycle events: Judaism doesn’t seek converts, but does accept them and Rabbi Di Mauro told me he has done 40 of them, as well as a handful of weddings.

No, it’s not just a High Holiday synagogue. Di Mauro told me he has done Shabbat (Friday evening and Saturday Sabbath) services every week since he opened in 2008, no matter how many people show up. Jewish Law states that a “minyan”— ten Jewish men—is needed to be present to officially pray. And that’s not so easy.

“A synagogue needs a membership of about 50-60 families to guarantee there will always be the minimum of a minyan present, and we are not at that level of subscription yet.” Di Mauro swears though that there are more Jews in Sicily than one suspects and if Sicilians with certain names looked back at their family trees, they’d discover their Jewish past. To that end, he has posted a list of Jewish names on his website: http://www.sicilia-ebraica.it/Cognomi%20Ebraici.htm and www.centrosefardocosiciliano.blogspot.it.

So Judaism in Sicily is now showing signs of life. A comeback. Empires since the beginning of time have sought to do away with Jews, but those empires—Egyptian, Assyrian, Babylonian, Roman, Persian, Greek and even Nazi Germany and Fascist Italy—they are all gone. And the Jew remains.