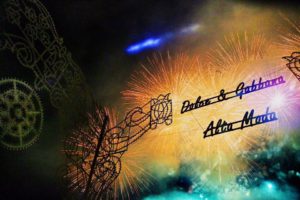 Sicily is an island used to being taken over by invaders, first by the Greeks and the Romans, thereafter the island was invaded by the Byzantines, Arabs, Normans, French, Spanish and Bourbons before unifying with Italy.

In this moment it has been invaded by another force … the fashion world.

This week the historic city centre of Palermo has been taken over by the Italian design duo Dolce and Gabbana. From 6th to 10th July the Sicilian capital has been turned into an open-air stage and catwalk for their Alta Moda (Haute Couture) show.

The city was selected for a “High Craftmanship” event which will see up to 400 VIP’s from around the world and over 50 journalists from the major international newspapers descend on the capital. There are four days of high fashion, parades and gala dinners. Among the invited guests are rumoured to be Robert de Niro, Brad Pitt and Madonna. 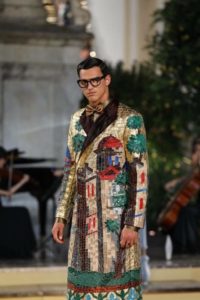 Palermo was chosen for the showcase for its beautiful palazzi and streets which are full of colour and creativity.

The event is the perfect opportunity for our beautiful city to showcase its beauty to the world especially as it has been selected as the Italian City of Culture in 2018.

The dynamic duo Domenico Dolce and Stefano Gabbana have a long standing relationship with Sicily and are renowned for using the islands history, culture, arts and colours as inspiration for their collections.

Domenico grew up in the small town of Polizzi Generosa in Sicily where his father was a tailor and his mother sold fabrics and apparel. The duo still visit Sicily regularly.

The pair told local media that their latest collection would be dedicated to Palermo and the event was to be organised in a way for the people to get to know Palermo and Sicily.

For the event a ‘Pop Up’ boutique was set up in the old Tonnara Florio. The Neo-Gothic architecture of Tonnara Florio is set on the coast and has been welcoming guests for many years. In its former times it served as a tuna fish slaughter house, now it is a pizzeria, nightclub and a venue for special events such as fashion shows, concerts and exhibitions. The ‘Pop Up’ boutique also boasts a bar and terrace. The boutique has D&G’s latest collections, accessories and jewellery. 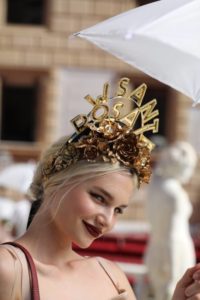 For the opening night on Thursday 6th the venue of choice was the charming Palazzo Gangi which is built in a typical Sicilian baroque style. Palazzo Gangi is a large ancestral townhouse of the Princes Valguarnera and thereafter the Princes Gangi. The house was constructed in several stages in the 18th century and was completed circa 1780. In 1963 the palazzo and most memorably its ballroom was the setting for Luchino Visconti’s film Il Gattapardo (The Leopard) which depicted the story from the book of the same name written by Giuseppe di Lampedusa.

The glorious atmosphere of the palazzo was the perfect choice for exhibiting their special and magical jewellery collections for women. Sparkling gems contrasted against the intricate chandeliers showcasing elaborate artisanal work. Guests enjoyed watching dancers waltzing on podiums reminiscent of the ballroom scene in Il Gattapardo, guests also enjoyed a gala feast afterwards.

The men’s jewellery collection was exhibited at Palazzo Mazzarino.

Piazza Pretoria set the scene on the evening of Friday 7th as the venue for the Women’s Alta Moda collection where a red carpeted catwalk was erected around its spectacular fountains and gleaming white statues. The models strutted their stuff to the haunting music from Cavalleria Rusticana in gorgeous dresses and ball gowns with inspiration drawn from Sicily’s history which shone though the entire collection.

Dresses boasted prints and patterns including works of art, images of Sicily, vases from Caltagirone with prickly pear cacti, Byzantine mosaics, Sicilian oranges and lemons and the famous leopard image from Lampedusa’s novel. 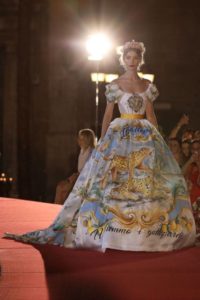 Dresses and headwear were also adorned with Sicilian style jewels and feathers and pom poms such as would be found on the traditional Sicilian horse and carts. One model even showcased a crown similar to that of Saint Rosalia, the patron saint of Palermo. There was also a dress resembling the Sicilian dessert Cassata.

Attendees enjoyed a sumptuous after party at Villa Igeia. Now a luxury hotel situated by the sea, the Villa Igeia was restored by renowned art nouveau architect Ernesto Basile at the end of the 19th century for the Florio family. The hotel still has the original frescoes, decorations and furniture and is the perfect place for an after party. The evening ended with a dramatic firework display over the seafront and harbour.

Saturday 8th saw Monreale being prepared for the Alta Sartoria menswear collection. The Duomo of Monreale is one of the most stunning cathedrals of the medieval world and was founded by the Norman King William II. The decoration inside constitutes the most extensive and important mosaics of its kind. Outside in the piazza models wore embellished jackets, shirts and trousers with inspiration drawn from the cathedral and Palermo’s Norman and Arabic history. Images such as the Christ Pantocrator, the Madonna and child, King Roger, the red Arabic domed roofs which Palermo’s architecture is so famous for and also the patterns that decorate the columns of the Duomo. One model adorned a Moorish style turban in a nod to the city’s Arabic influence. The show was followed by a Arabic themed after party. 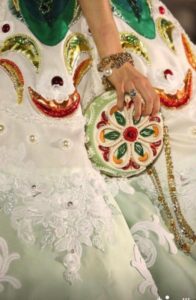 On Sunday evening a lavish party to celebrate the close of the Alta Moda shows was thrown at Castello Lanza Brancifiore di Trabia. This historic building is located just along the coastline from Palermo, the castle lies on the very spot where in AD827 the Arabic general Aausman Ben Muhammad had 600 men build a fortress to attack the nearby city of Termini Imerese, the castle has enjoyed a colourful history ever since.

Dolce & Gabbana certainly did put on a Sicilian Adventure and as one French journalist said “it makes Paris couture week seem not so very much!!!”

So if Domenico Dolce was my fairy godmother which dress would I choose?

Well as a lover of the book Il Gattapardo I would have to choose the ball gown featuring the leopard print and just hope that one day I will be invited to a Il Gattapardo style ball as I think I would get a few strange looks wearing such a dress walking along the Lungomare at home in Giardini Naxos.

Sarah Kearneyhttp://www.whitealmond-privatesicily.blogspot.co.uk
I was born in London UK and spent fifteen years in the banking industry before making a move into the world of weddings and events. Fifteen years ago I visited Sicily for the first time after reading an article in a magazine and was immediately seduced by this magical island and its people. Two years later my husband and I bought our Sicilian home in Giardini Naxos, got adopted by many Sicilian families, acquired a Sicilian big brother, made an amazing network of ex-pat friends and became addicted to cannoli. My love for Sicily inspired me to write a Blog called White Almond Sicily sharing travel advice, food tips and living life “The Sicilian Way” writing in a fun and visual way using my own photos to encourage more visitors to the island. I now divide my time between London and Sicily with my husband and our rescue dog Daisy, who embarks on a UK to Sicily road trip twice a year. Daisy loves her Sicilian life and has explored Mount Etna in a defender Jeep, enjoys wine tasting trips, been on the set of Inspector Montalbano, had her photo taken with the character Caterella and is quite the celebrity in Taormina.