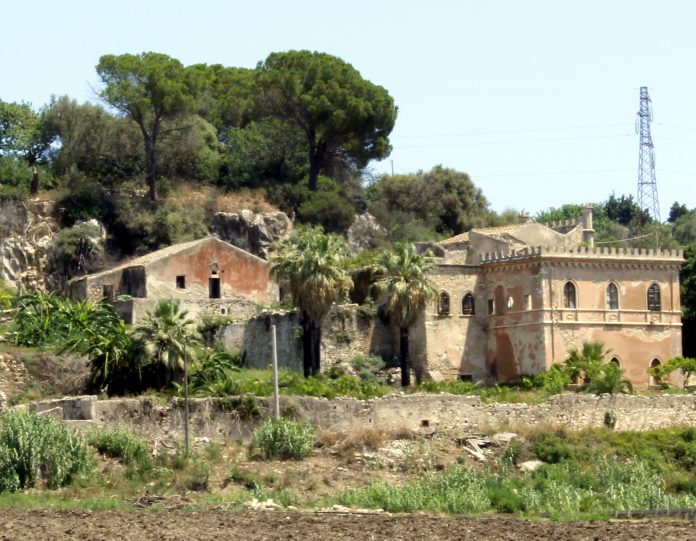 If you mention the name Samuel Taylor Coleridge to many people and ask them to associate him with a place, the answer will usually either be the English Lake District or the West Country, particularly Somerset or Devon.  Even if he only rings a vague bell of recognition, those places still resonate with a lot of people: ‘The poet who walked the moors…’  ‘The poet who lived by the lakes…’  In fact, Coleridge was associated with many places throughout his life, given his great propensity to escape difficult or tiresome situations.  London was a common haunt (he spent his last years in Highgate), as were the cities of Bristol and Bath, not to mention Cambridge, County Durham and Shropshire.  As a younger man, he travelled extensively in Germany, studying the language and philosophy whilst exploring the beautiful Harz mountains.  Few, however, confidently partner Coleridge with the island of Sicily, yet he spent months on the island whilst taking a sabbatical from his role as a civil servant in Malta.

It was this fact, and a fascination with Romantic era poetry, that drew us to his Mediterranean story.  One of the other truths commonly known about the man is the struggle he endured to combat his addiction to laudanum, a tincture of opium diluted in alcohol which was, unbelievably, prescribed as a common form of pain relief in the late eighteenth and early nineteenth centuries.  In much the same way as the opiate painkillers of today, laudanum took no prisoners in its addictive nature and cut a swathe through all levels of society.  It was his reliance on the drug and an unhappy marriage that prompted him to look for pastures new, a better climate and a new challenge.  Thanks to a friend, George Bellas Greenough, he was attracted to Sicily and, initially, it was to be his first destination.

We decided that we would write of his neglected years in the south of Europe.  Our new book, Down to the Sunless Sea: A Troubled Samuel Taylor Coleridge in the Mediterranean takes a close look at his life and misadventures in Gibraltar, Malta, Sicily and the Italian mainland.  Much of his time was spent in Malta where he reluctantly took up the post of a government functionary in the new British administration, which had taken control of the island from the French and the Knights of St John.  He was, though, very happy to temporarily escape from this role and stay in Sicily.  He docked in Siracusa during the August of 1804 with little plan of what he might do, but a pocket full of introductions, the most important of which led him to Gould Francis Leckie, the local British consul and a man of considerable influence.

Leckie’s villa was in Tremilia on the outsides of Siracusa.  Leckie had leased the buildings and land from the church and, after complex negotiations, he came to an agreement that saw him build a mill, new chapel and hand over some of his agricultural profits.  Interestingly, he also had to abjure any private or public displays of Protestantism (as Marco Monterosso points out in his book, Massae, massari e masserie siracusane), doubtless something Coleridge would have disagreed with as the son of a Protestant vicar.

Leckie sketched the view from the Epopoli ridge near his residence in the poet’s famous notebook.  With this snippet, a vague location, and the partially imagined drawings of the German architect, Friedrich Schinkel, we managed to track down what is now known as the Castello dei Bonanno.  Sadly, the building is a ruin inside, but the outline still displays the Bonanno additions of a crenelated roof and gothic arched windows.  The red ochre plaster is slowly falling from the outer walls.  Approach the building from the left, though, and its profile looks remarkably similar to the days of Leckie and Coleridge.

Gould Francis was keen to improve the agriculture of the area and he did introduce some innovative methods, albeit somewhat high-handedly.  He was scathing of local administrators and land productivity, passing on his observations to Coleridge, who absorbed some of his more biased opinions.  The poet was taken on a tour of the land with Leckie and his brother-in-law. One of the crops he spotted was the opium poppy, a fact that stopped him in his tracks.  He even drew a few grains from the head of one plant.  Rather than escape from his addiction by coming to this part of the Mediterranean, he had landed right at the centre of cultivation.  When things worsened for him back in Malta, he would rely heavily once again on laudanum.  Coleridge was also to note the faces of many in Siracusa, faces he recognised as being ravaged by addiction.

The evenings in Tremilia were lightened by Leckie’s attractive wife and Samuel Taylor was happy to regale them with poetry recitals, notably quoting an unpublished Wordsworth poem at length.  It seems Mrs Leckie was more appreciative than her slightly bemused husband.  The woman, though, who had the most influence on Coleridge during his time in Sicily was the soprano, Cecilia Bertozzi, whom he first saw at the Siracusa opera house in the autumn of 1804.  He was smitten by her looks and voice.  Unfortunately for the poet, the feeling was mutual.  We say ‘unfortunately’ because Coleridge was not the type of Romantic poet to fall casually into a sexual liaison ‘a la Byron’; instead, he tortured himself with feelings of guilt and inadequacy.  Interestingly, most of his guilt was due to the fact that he felt he was betraying a certain Sara Hutchinson rather than his wife.  However, he had never consummated his relationship with Sara, who had long been his muse.

In addition to his time with Leckie, Coleridge also explored the antiquities of Siracusa, but despite being an accomplished reader and translator of Greek and Latin, he was more drawn to landscapes than the crumbling ruins of past civilisations.  For Coleridge, the words of the Ancients always endured, but their material manifestations were of lesser interest.  It is no surprise, therefore, that he made the almost obligatory ascent of Etna, but his notes have been lost for the higher reaches.  We only have a mention, some ten years later, of his impressions of the summit.  Some have doubted he saw the crater, rather as they doubt Patrick Brydone’s tall tales of the mountain.

Coleridge would return to Sicily from Malta when on his way to the mainland, passing Taormina and staying in Messina with a local aristocrat called Campolo, where he met Father Antonio Maria Jaci, a humble but talented professor of Physics and Mathematics. He promised to pass Jaci’s theories on longitude to the President of the Royal Society.  Of all Coleridge’s Sicilian adventures, though, the one that must have struck the greatest chord, despite his underwhelmed response, was the moment he came face to face with the Fountain of Arethusa – the spring in Ortygia where the waters of Arethusa, the nymph, and her erstwhile suitor, Alpheus, mingle.  Alpheus is referenced in ‘Kubla Khan’, Coleridge’s opium dream of a poem, and these words are some of the most recited lines of poetry in the English language:

In Xanadu, did Kubla Khan
A stately pleasure-dome decree:
Where Alph, the sacred river, ran
Through caverns measureless to man
Down to a sunless sea.

Not for nothing is our book called Down to the Sunless Sea, as the Mediterranean would not prove the sunlit regenerating force the poet had hoped for.

Further book details here: Down to the Sunless Sea: A Troubled Samuel Taylor Coleridge in the Mediterranean