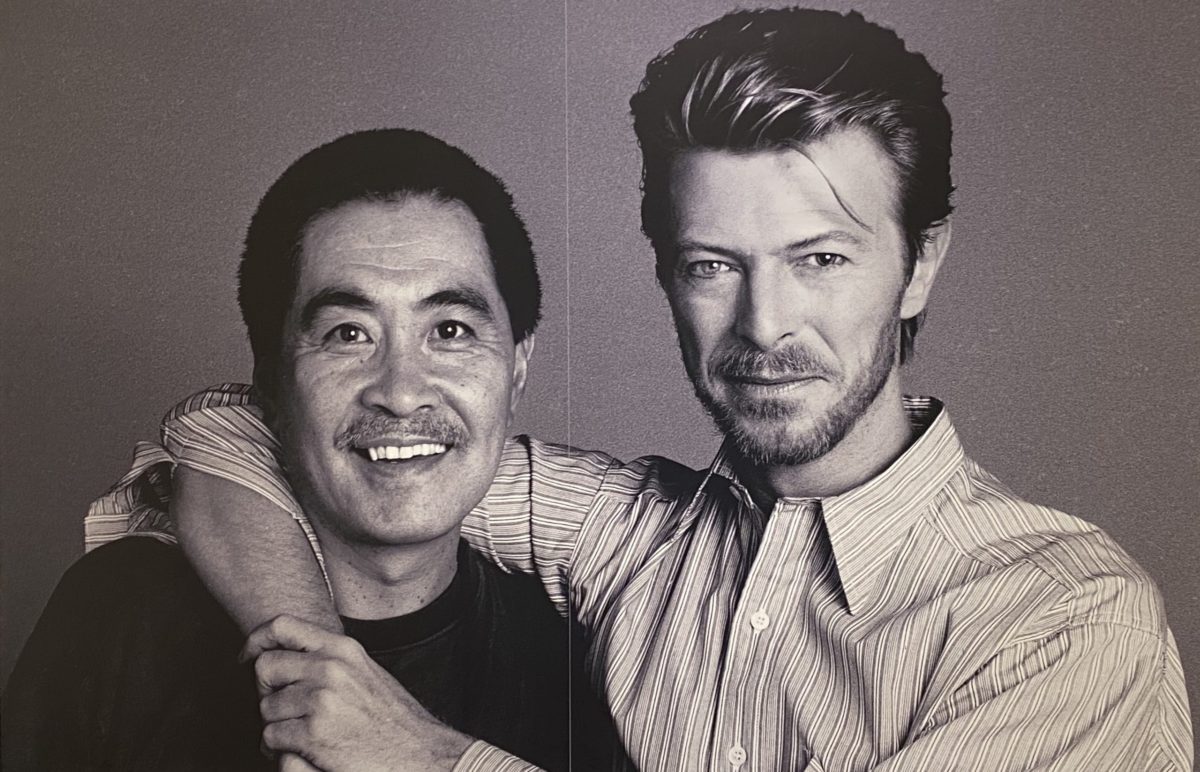 It seems like Masayoshi Sukita and David Bowie were soul mates who were destined to come together in the name of art. You only have to look at the photos of Bowie to imagine how much the iconic musician means to Sukita.

It wasn’t Bowie’s music that first drew Sukita in. The photographer was in London in the early 70s when he saw a poster for a concert the singer was performing in with Lou Reed at the Royal Festival Hall. He knew instantly he had to see that concert and soon had a ticket in his hand.

The show enchanted the Japanese photographer who could only speak basic English. Bowie’s pure theatrics on stage and flamboyant presentation inspired him. With the help of his translator, who was also a fashion designer, Yaski Takahashi aka Yakko, he reached out to Bowie’s manager. Sukita presented his photography portfolio and was granted a photoshoot with the man who would be his lifetime muse. 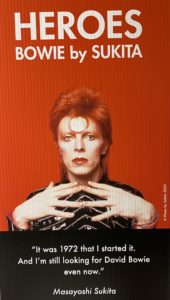 Sukita photographed Bowie in the studio and in concert several times, including at the Rainbow Theater for the launch of The Rise And Fall of Ziggy Stardust And The Spiders From Mars. Ziggy Stardust was Bowie’s alter ego, a character he invented who was a bisexual rock star and intergalactic messenger. Arriving at the theater, the photographer realized the singer was impressed with his work, as the monochrome and color photos were enlarged and on display.

The following year Bowie requested a shoot to launch Ziggy Stardust at Radio City Music Hall. The Watch That Man series shows Bowie as a space Samurai in an elaborate outfit inspired by the Hakama (Samurai pants). The New York shoot was styled by Yakko, who chose striking outfits by Japanese designer Kansai Yamamoto.

Sukita had a vision to use the bright red background to contrast with the outfit and Bowie’s strong presence, dramatic makeup and punk hairstyle. He recalls how heavy the costumes were, but Bowie modeled them effortlessly. From behind the camera, he saw the lines between Bowie and Ziggy’s personas were blurred and he really could take on an authentic alien-looking presence. The connection between the photographer and the musician was strong and they enjoyed creating art together as the world lapped up as much as they could offer.

That shoot at RCA Studios was a success and Bowie headed off around the States on tour. Before long, he was in Japan, discovering life in Japan and stripping on stage in a wild display encouraged by the crowd. Japan welcome Bowie and he became very famous throughout the country. Other musicians followed in Bowie’s path, landing in Japan to promote their music. Many had success, but Bowie was always the most famous Western rocker of them all.

Sukita says Bowie was inspired by Japanese culture, as equally as he was by the West. His popularity was exploding in America, Japan, and internationally, and he was being recognized for his innovative style and musical talents. 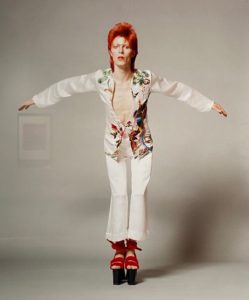 In 1977 Bowie produced Iggy Pop’s debut album called The Idiot. Both went to Tokyo on a promo tour and Sukita was there to document the trip. He took images that would be used on both artists‘ future albums.

With busy careers and lives, sometimes much time would pass between photo shoots. But the bond was always as strong as ever whenever the chance for a photoshoot came up. The two pushed each other creatively and sometimes agreed to meet at a photoshoot with ideas to execute. No idea seems too wacky or too mundane. Sukita found joy photographing Bowie in everyday life situations as much as he enjoyed documenting superstar moments.

Bowie’s fame rose and Sukita was there to record the many moments. He would capture the performer backstage putting on makeup, on stage in front of thousands of fans and took lifestyle shots of Bowie drinking tea, smoking and riding the subway. The concerts passed. The years passed. The costumes changed. The decades passed. Bowie once said, “It’s very hard for me to accept that Sukita-san has been snapping away at me since 1972, but that really is the case.” 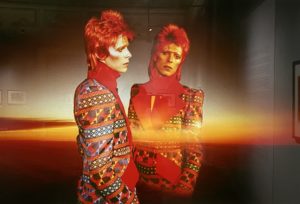 In 2015 Sukita had his first solo exhibition in New York and he invited Bowie. He wasn’t able to attend but did message the gallery to share some words about his friend. “He is a very serious artist, a brilliant artist. I would define him a master.”

You can see an exhibition of Sukita’s Bowie portraits at Palazzo Sant’Elia in Palermo, Italy. Heroes – Bowie by Sukita features 100 large-format photographs taken over four decades by the iconic photographer who is now 82 years old. Bowie passed away from cancer in 2016. After his death, Sukita said he had expected to die before Bowie, who was nine years younger.

Fans of both artists are flocking to admire the photographic artworks that celebrate the life and career of one of the world’s most iconic rockstars ever. If you get the chance to see the exhibition, don’t miss it. It is a moving and inspiring work of art that is beautifully powerful. 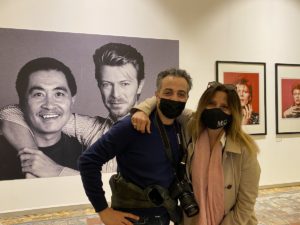 If you are in Sicily or planning to come to Sicily, visit the exhibition which is on until April the 30th

If you need a place to stay, why not book my charming, newly refurbished apartment listed in AirBnB: https://www.airbnb.com/rooms/48299963  or inquire directly to me giovanni@timesofsicily.com