All Eyes are Pointing Due South to Sicily 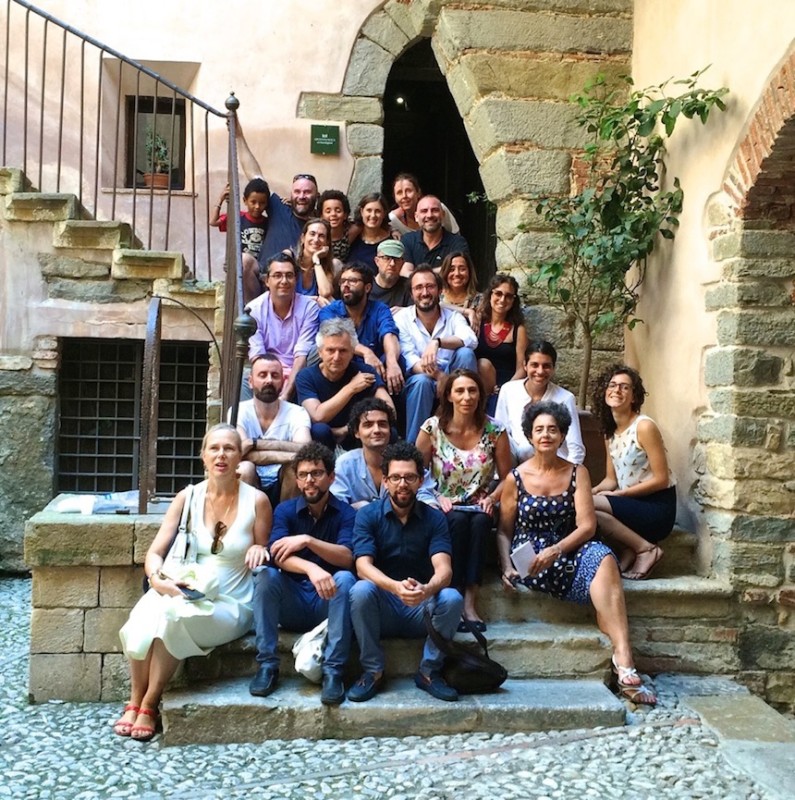 Lampedusa’s famed quote, “If things are to remain the same they will have to change,” is still relevant today. To the keen eye, this is evident in an artistic renaissance happening in Sicily today. Once prized for its strategic position connecting disparate worlds and culture, that advantage changed long ago. In recent history, Sicily and its art scene have occupied a seat largely under the radar, but is now showing signs of transformation.

Sicily has always been revered for exceptional craftsmanship in mosaics, ceramics, traditional cart design, textiles, sculpture, architecture, painting, and even food and wine, elevated to an art form on the Island. From Antonello da Messina, to Serpotta, to Caravaggio, to Guttuso, and with every new kingdom imparting its own fine artistic merits, The inspiration continues today in Palermo’s warren of old streets, in the historical Jewish and Arab quarters, as well as in Catania and Siracusa. Small, once deserted shops are re-opening, creating a vibrant SoHo feel. Run by both Sicilian and mainland young entrepreneurial artists and crafts people, many are incorporating traditional Sicilian designs into a re-imagined sensibility, reflecting modern culture and society. In yet other restored and innovative spaces, there is a burgeoning contemporary art scene, that in the last ten years functioned mostly underground, but today is working to establish itself on a broader playing field, hosting interesting shows at a number of intriguing spaces and galleries. For artists, the benefits of traveling abroad plus access to world-class galleries such as Francesco Pantaleone (Palermo) and Gianluca Collica (Catania); curators such as Daniela Bigi, Laura Barreca, and Giusi Diana; and a tightly knit community of artists, have played a significant role in challenging the insularity inherent in island culture. Exposure instigates new questions about preserving tradition and making new statements in art. The excitement created by these new currents are inspiring culture enthusiasts to visit Sicily more often.

Manifesta 12, an important biennale, has chosen Palermo as its site for 2018.

Marianne Bernstein is a seasoned curator of contemporary art projects and a visionary who is always pushing boundaries. She chose Sicily for the second phase of an international curatorial project titled Due South, centered on volcanic islands. The project melds art and interpretation on myriad levels, integrating Sicilian and American artists with local communities in fresh new ways. Part of Due South’s mission is to add to the vocabulary that describes a place so as to shake up pre-conceived notions with fresh interpretation. Due North, the first such project, took artists back and forth between Iceland and the US, to explore, immerse, and create. Three years of focused exploration, exchange, and individual artistic expression culminated in a well-attended and reviewed exhibition in Philadelphia that included installations, video, and prints.

Bernstein’s second installment, Due South is a rich and exciting creative exchange of 24 artists, between Sicily and the United States, but it is so much more than that. Sicily is central to multicultural history and art, a place steeped in tradition and mythology, and breathtaking beauty, worthy of Stendhal. Yet, on some levels it is choked by a perceived and static international reputation, a fixed idea whose time to change is upon us. Bernstein recognized boundaries to be challenged by examining how Sicily is viewed from both the inside and out.

The Due South initiative is as inspirational as it is exceptional. The participating artists work in diverse mediums. Since Due South commenced, nearly two years ago, artists have forged a web of friendships across the island, embracing cultural differences and artistic ideas, absorbing histories, the landscape, and the dichotomies of everyday life. Bernstein herself has been to Sicily 7 times already. She has fallen in love with the island, met with artists and curators, residents, workers, entrepreneurs, and farmers. She has explored the migrant issue, co-directing and producing the creation of a short documentary film about a young boy who came over alone on one of the boats. She has engaged many in a passionate conversation about how to represent everyday life in new ways; with history and tradition in mind. It is an ongoing, energizing dialogue.

In January 2017, the Delaware Contemporary museum will present a large Due South exhibition for an exciting three-month run. The gallery spaces are large and airy. They will host events aimed at highlighting the rich Sicilian cultural experience and hope to engage many in experiencing this enigmatic island through fresh eyes. Later that year, and in conjunction with the Manifesta biennale, the museum will host a private tour to Sicily for a limited number of participants, offering behind the scenes visits with artists and other unique opportunities.

The opportunities for growth and understanding through a project like Due South are many. Its overt mission of creating works of art from informed and fresh perspectives creates awareness and draws attention to Sicily, affording its artists international recognition, and the underlying message of embracing the outside world and inviting it back in for a visit, can only result in growth and opportunity for Sicily as a whole.

The Delaware Contemporary is seeking corporate and individual sponsorship in support of the Due South exhibit and events. All contributions are tax-deductible and will be recognized in all exhibit related materials. Please contact Karen La Rosa, project consultant, for more information at kjlarosa@larosaworks.com