FAVARA: Bringing it back to Life 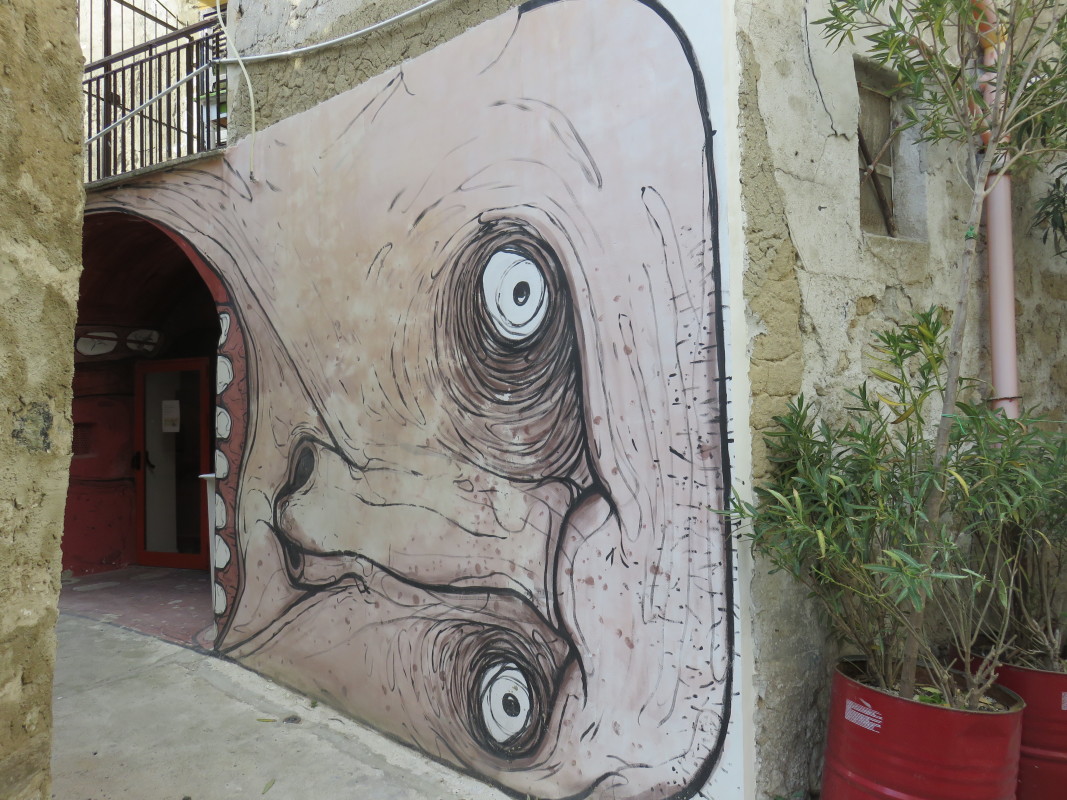 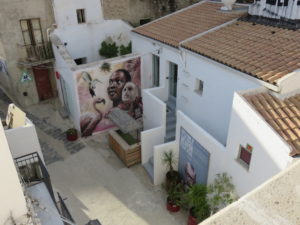 Favara, near Agrigento, up until recently was only ever known for its drastic unemployment, urban architectural eysores and mass emigration and it was certainly never included in any tourist itinerary to Sicily.   That was until Florinda Saieva and Andrea Bartoli, two local professionals, decided to put it permanently on the map.

Both lovers of contemporary art they were tired of having to go to London, Paris or New York to see something different in the art world and dreamed of setting up a permanent art exhibition in Florinda’s hometown.   In 2010 they took the plunge and bought up a small section of the old historic centre of Favara which was in a total state of decay, invited some artists and architects along and together gave birth to Farm Cultural Park. 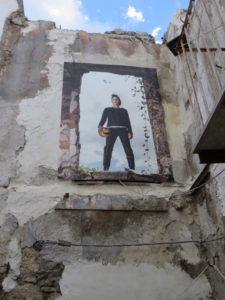 You won’t find any animals or green fields here, but you will find a cool quirky area of 7 small courtyards which have been transformed into an open area with free entrance to all (closed Mondays).  Resembling an Arab/Sicilian Kasbah, the old buildings have been painted over in white and are being used as huge canvases so artists can make their own personal statements.   It includes a concept store which had a permanent exhibition of American photographer Terry Richardson’s photos, when I visited recently.  There is a communal kitchen/dining area where artists in residence can cook their own meals.  A delightful hidden tea garden and a public washroom where you can sit and watch a video of Steve Jobs’ Stanford University “stay hungry, stay foolish” speech.  It says on the door “Learn how 10 minutes sitting here (on the throne!) can change your life”.    Literally around every corner there is something different to discover.

The cultural-artistic programme is significant too.  All year round there are temporary exhibitions, workshops, meetings with international artists, book readings, architectural competitions and music evenings with performances of every type.  Whether you are an art lover or not, here there is something to interest everyone.
Andrea and Florinda are particularly concerned that not only their own children, but all children, should grow up in a culturally stimulating environment and are now collecting donations from anyone who cares to contribute to their new project of renovating an old 17th century mansion nearby and turning it into what they call the Children’s Museum.  Children and their families can work together on special child-centered projects creating a formative environment in which the couple want to help children grow up as informed, ethical and generous citizens.

And not least of all, the local economy is benefiting where new theme restaurants, bars and b&bs are now thriving.
In a country where nothing is ventured without the security of public funding behind it, Florinda and Andrea have demonstrated that this is not the way forward anymore.  They have decided not to just sit and complain about the things that do not work in this part of world, but to be actively involved in making it a better place for future generations.   They have created the concept of an artistic-cultural community working together “dedicated to social and sustainable development: giving Favara a new identity, creating new jobs and new ways of thinking and living”.
http://www.farm-culturalpark.com/