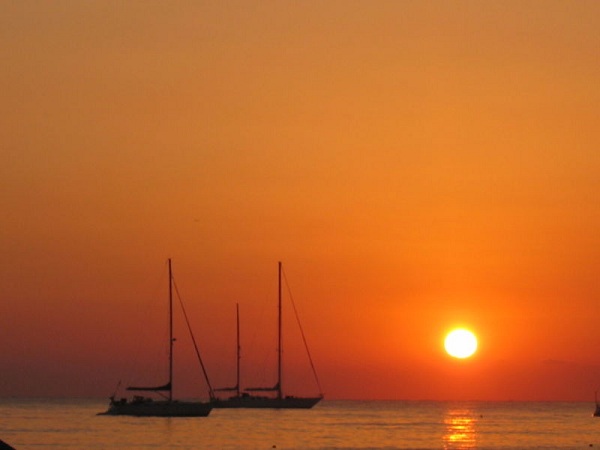 Next week it will officially be midsummer according to the Italian calendar as the entire peninsula celebrates ‘Ferragosto’ on the 15th August. This festival derives from the Latin Feriae Augusti (the holidays of the Emperor Augustus) and traditionally celebrates summer and the end of hard labour in the fields. In the past, businesses used to close for the whole month of August and even now offices often close for at least one week as Italians travel to the beach for their annual holiday. Cities across the country become almost deserted apart from the ever-present tourists as residents leave the humid city air behind for the unrivalled beauty of the Italian coastline.

Many families and groups of friends actually make their way to the beaches on the evening of the 14th August to light campfires and spend the night under the stars. This often coincides with the peak activity of the Perseid Meteor Shower which is generally between the 9th and the 14th August – providing beach-goers with a front row seat for this spectacular sky scene. According to tradition, the falling stars represent the tears of St. Lawrence who was buried on the 10th August 258 A.D. following a martyr’s death. In fact, the Night of St. Lawrence (or La Notte di San Lorenzo) is an enchanting occasion for Italians who look to the sky in the hope of making a wish on a shooting star.

In the early morning of Ferragosto, revellers sit around their campfires and watch the famous Sicilian sunrise before making their way to the nearby beach-front cafés for a morning espresso and delicious granita. This is one of my favourite Italian traditions and one which is now celebrated around the world. An example of this is in Arthur Avenue, New York (or Little Italy in the Bronx) where over 15,000 Italian Americans take to the streets each year in September to enjoy their ancestor’s fascinating culture and delicious food.

Buon Ferragosto! I hope that you will find a summer celebration near you … and if not, at least be sure to look up to the sky next week and be ready to make a wish!