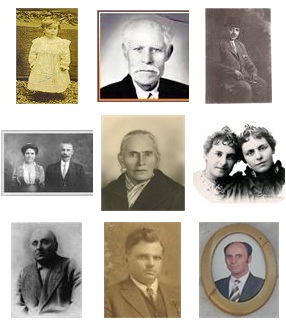 If you still live in the place where your immigrant ancestors settled, your local public library probably has hard copies of the US Census covering your location. However, if you live elsewhere, you must search on-line censuses. I find that even for local information, using on-line searches is easier than using hard copies, which must be searched by town, enumeration district, ward, etc. On-line venues permit searching by name of the individual, so knowing the street address, or even the city, is not required, to do a broad search over many years of censuses.

https://www.familysearch.org/ is the site maintained by the Mormon church. It’s free and allows users to order microfilms containing US Federal Census records, as well as a host of other federal, State, local and foreign records. Many records are now also available there on-line, as images of original documents. The site offers many free on-line lectures and tutorials. Henceforth, I’ll refer to this site as familysearch.org.

Free sites that include information about federal censuses and/or access to records include the US National Archives site at http://www.archives.gov/ which features pages for each decennial census and lists the questions asked on each; and http://stevemorse.org/census/ which allows searching of the latest census available, that of 1940, in several different ways.

http://www.Ancestry.com is a subscription site which has all the released US Federal Censuses, from 1790 through 1940. They can be searched by inputting a person’s name. It offers free two-week trial subscriptions and a variety of monthly or annual subscriptions, depending on the region of interest (US, world, etc.) Many public libraries, as well as Mormon FamilySearch Centers, allow free access. In my columns I’ll refer to this site as Ancestry.com.

While searching on-line, many new researchers are frustrated when they can’t find information usng an ancestor’s name they ‘know’ to be correct. Let’s consider the problem.

Misspelling on original records: One of the ways that the Sicilian populace was suppressed, through the early 1900s, was that public education was limited. Many of the Sicilians of the ‘Great Migration’ to America were illiterate. That, plus the fact that often American census takers, clerks, and other officials did not speak the immigrants’ language resulted in errors even on official documents. This can include misspelling by sound: ‘Gelia’ instead of Giglia, etc.

Misspelling by computer transcribers: Even if the name is correct on the original record, indexers unfamiliar with the name may record it in the data base incorrectly. This can include misspelling by looks: (‘u’ instead of n; ‘j’ for i; ‘i’ for e, and so on.

Switching given names with surnames: Immigrants often gave their surnames first. A clerk or transcriber might not know if the name should be ‘Alessi Rosa’ or Rosa Alessi.

Be prepared to look for ancestors using wide variations from the presently accepted names. If you have no luck on one site, try a different one; the name may be mis-pelled and indexed incorrectly on one site, but correctly recorded on another. If you know that a neighbor of your ancestor had a simpler name, try searching for the neighbor. Your ancestor may be recorded on the same census sheet as the more easily found neighbor.