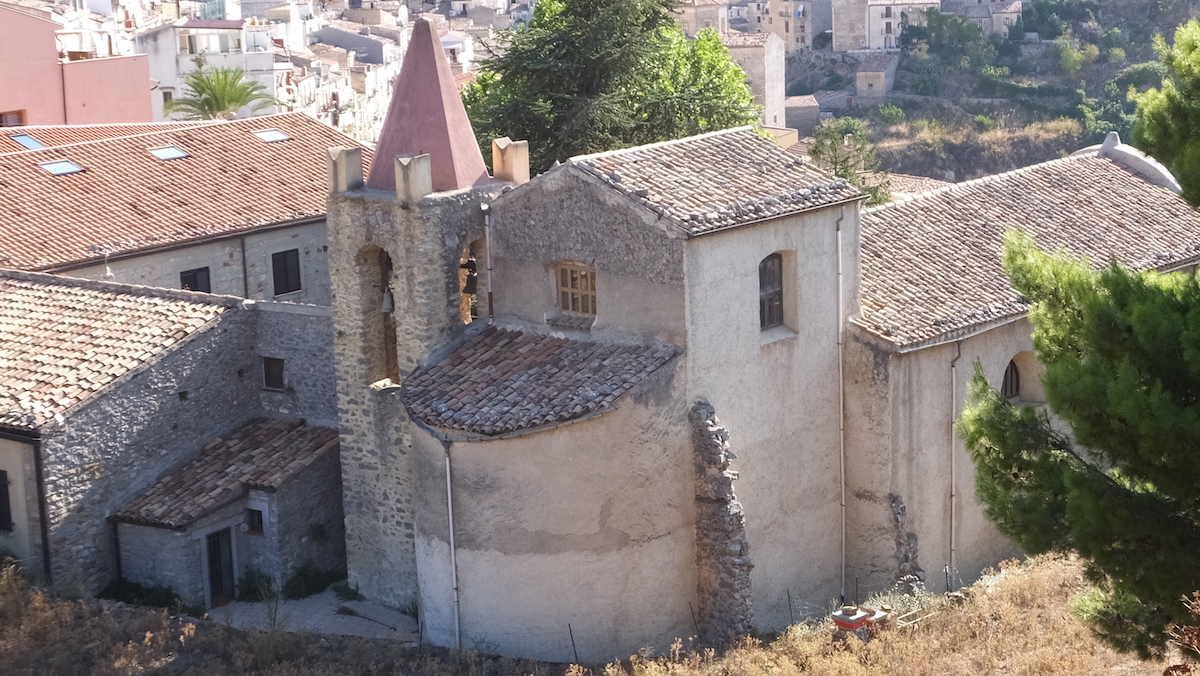 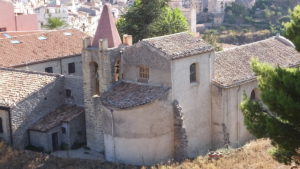 A setting of the Salve Regina, composed in 1746, by the forgotten Sicilian priest and composer Antonino Reggio, had its first performance in Sicily after 270 years. It was performed at the 10th Festival di Musica Antica in Gratteri (PA) on the 31st August 2016.

Antonino Reggio (1725-1780) was born in Aci Catena in the province of Catania into a branch of the family Reggio, Principi di Campofiorito. At the age of eight he was sent to Palermo to study at the Jesuit “Collegio dei Nobili” and then to the Archbishop’s Seminary to study for the priesthood, being ordained in 1749.

During the period 1745-1750 Reggio composed a number of works of sacred music, masses, oratorios, hymns and sacred songs. After his ordination he was sent to Rome and became courier to the Apostolic Nuncio in Portugal, a post he held for thirteen years.

On his return to Rome he became a monsignor and a “Prelato Domestico” at the Vatican. During this period, he became known both as a performer and composer for the harpsichord and violoncello.

He has been described by contemporaries as; eminent for his skill and knowledge of the “science of sound” and as a man of intellect, erudite and “deep in music”. Whilst in Rome Reggio composed secular arias, taken from texts of the popular operas being performed at the time, 5 volumes of keyboard sonatas comprising 72 works, sonatas for two violoncellos and sonatas for Lute and Bass.

He never returned to his native Sicily, dying in Rome at the age of 55, and is buried in the church of the Sicilian Community of Rome, Santa Maria Odigitria in Via Tritone.

The music of Antonino Reggio had lain forgotten for some 230 years until its rediscovery in 2000 in a library in Germany. Over the last sixteen years research has been carried out into both the life and the music of this extremely talented Sicilian priest. Very little references have been found as to his life. Fortunately, he annotated many of his manuscripts with dates, places and names of dedicatees. From this information it was possible to carry out further research to establish his identity and to construct a biography.

All of Reggio’s sacred works were composed whilst he was a seminarian in Palermo, therefore it was appropriate that his Salve Regina should have its first performance in Sicily in the province of Palermo.

The MusicaMente Association has promoted culture in Palermo since 2002, when it was formed with the primary purpose of the promotion and development of musical culture in all its forms and expressions, through the activity of two ensembles; Arianna Art Ensemble and Affinity of the Fourth. 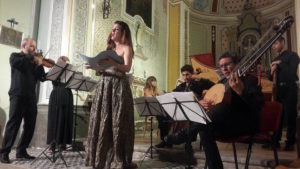 Since 2007 it has organized, each year, the International Festival di Musica Antica in Gratteri. Now in its tenth edition, it is a perfect blend of quality music and the promotion of the area, which is part of the cultural heritage of the city of Gratteri and the Madonie territory.

As an introduction to this performance a lecture was given on the previous evening by the English musicologist, Anthony Hart, who had researched Reggio’s life and edited his music. This lecture was attended by a small but attentive audience. Anthony Hart briefly outlined the life of Reggio and introduced the audience to samples of his music.

On the following evening a concert of Spanish and Sicilian music entitled “Tra Sicilia e Spagna nel ‘700” was given in the 14th century church of Santa Maria di Gesù, the first established church in Gratteri. It was during this concert that Reggio’s Salve Regina was performed for the first time on Sicilian soil in 270 years. The church was the perfect venue for this performance with a brilliant acoustic which supported the excellent performance of this talented ensemble. The performance was flawless and very much appreciated by the almost packed church.

With the continued support of the Arianna Art Ensemble it is hoped to bring more of Antonino Reggio’s music to Sicily. The project, Fondazione Antonino Reggio, formed to research and perform Reggio’s works, is under the esteemed patronage of; the Dioceses of Acireale, in particular His Excellency Mons. Antonino Raspanti, bishop of Acireale; IBIMUS – Istituto di Bibliografia Musicale in Rome, in particular Prof. Giancarlo Rostirolla, and TISIA, Istituto Universitario di Studi Musicali in Cefalù, in particular Dr Maestro Diego Cannizzaro.

More work and support is needed to realize this project. The intentions are to research, edit and publish Reggio’s works, to bring them to the music public’s attention and to establish Reggio as an important part of Sicilian musical culture.

Anthony Harthttp://www.monsignor-reggio.com
Anthony Hart is a retired Management Consultant, Management Trainer and University lecturer. Born in the UK, he is married and now lives in Malta. As a member of the Società Italiana di Musicologia (SIdM) (Italian Musicological Society) he was invited to present papers at their Conferences in Bergamo (2008) and Rome (2009). As a member of the International Musicological Society (IMS) he was invited to present a paper at their Musical Iconography Study Group Conference in Barcelona in October 2010. He is also a member of The Royal Musical Association (UK). He studied lute under Diana Poulton and Chris Wilson. He holds a degree of Master of Science (MSc). He graduated from the Thames Valley University/ London College of Music as both Associate and Licentiate (ALCM) (LLCM) and is currently working on his dissertation for Fellow (FLCM). He has had papers published in Early Music, (An international Journal published by Oxford University Press), Fonti Musicali Italiane, (Annual Journal of the Sources of Italian Music) and Studi Musicali (Journal of the Accademia Santa Cecilia – Rome), He is currently working on the biography of the life, times and works Antonino Reggio and about to publish a Thematic Catalogue of his works.