Frederick II : The game changer in the Kingdom of Sicily 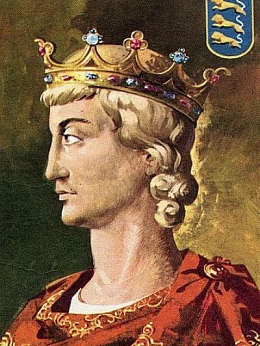 With the death of Henry (1197), in Germany and in Sicily a number of difficulties developed that neither a toddler, heir to the throne, as Frederick (he was only three years old) nor his mother Constance  could hardly have handled. So through a series of well calculated intrigues, little Frederick lost the rights to the throne of Germany to his uncle Philip, brother of Henry, while Constance trying to save for his son, at least the crown  of the Sicilian realm, went along with the claim of Philip for the crown of Germany and with the demand of vassalage of Sicily of the papacy. For this reason the young Frederick was sent to Palermo to be educated the Sicilian way,  as the next king of Sicily under the guardianship of pope Innocent III. Innocent III never forgot that he wanted the reign of Sicily as vassal of Rome. So when Frederick  became of age to take control of the kingdom, he sent a letter to Frederick reminding him that:”We took the job of your gardianship not for your mother disposition, but more because of our right to the realm”.

Growing in Sicily was certainly a very important thing for Frederick, because he grew more Sicilian than

German. One’s own identity is acquired from the place where one is raised up more than the place where he is born. So Frederick certainly Sicilian by education and therefore polyglot, used to the multi-ethnicity, refined, educated and above all absolutist, as the Norman Kings. We should not forget that Frederick was raised up alone with no company of his peers, in a cultivated and multi-ethnical environment, without maternal care or love and for this not inclined to forgiveness and kindness. Fundamentally Innocent III  wanted  that Frederick would not demand the Empire or that  the Sicilian realm would become a province of the empire and slip away as a vassal of Rome.

When in 1208, Philip of Swabia was killed and to him succeeded Otto IV of Brunswick, this promises to Innocent III to respect the independence of the reign of Sicily. In December of the same year, Frederick reaches the legal age of 14 and he is wedded to Constance, Peter of Aragon’s sister and Hungary king’s widow. Such happenings push the dukes of Apulia and the princes of Capua, always against to the hegemony of the reign of Sicily over their possession, to put pressure over Otto to claim his imperial dynasty over the realm of Sicily. For the southern Italian barons it was certainly better to have a master “away” and major local freedom. Otto complies, and after having promised the pope that he will not claim Sicily, moves against Frederick. But the pope changed his mind and took away from Otto the support of the German princes with the excuse that Otto was not yet emperor.

This was a wrong move from the pope, because the princes offered to Frederick I, king of Sicily, the imperial crown with the title of Frederick II. Pope Innocent III to minimize the damage gave his support and help to Frederick to conquer the crown of Germany with the agreement that the reign of Sicily would “never” be united to the empire.  Frederick accepted the conditions and to reassure the pope appoints his little son Henry, about a year old, as king of Sicily and as regent, the mother Constance.

In 1212 Frederick is crowned Emperor of the Holy Roman Empire. In 1216, at the death of Innocence III, Frederick called back to Germany his son Henry, king of Sicily. In 1220, considering that he owed non more obedience to pope Onorio III, had his son Henry made Emperor, unifying in one person the reign of Sicily with the reign of Germany. With this subterfuge Frederick formally kept separated the empire and the reign of Sicily, but really, as his son’s tutor he put in his hands the imperial crown and on that of Sicily and this last ceased factually to be independent realm and feud of the Church. Even the title is emblematical: Frederick as king of Sicily should have been I, as emperor II. Therefore Frederick II above all is emperor and, as such, king of Sicily and Jerusalem. And that is not all: Frederick is no more, as at the Norman’s time, king of Sicily, duke of Apulia and prince of Capua, but he creates a unified realm which include all southern Italy, a realm which is no more autonomous but a province of  the empire divided in two distinct regions: one insular and the other peninsular.

There is a wide belief that Frederick II loved the island very much, but really Frederick’s love was not for Sicily but above all for the peninsular possessions. As a matter of fact he spent little time in Sicily after his crowning as emperor.

The fact that Frederick had other ideas than to humor the papacy can be seen from his behavior. From 1212, when he was crowned emperor to 1220 he completely abandoned the reign of Sicily to give himself  completely to the conquest of the imperial crown in Germany.  Having achieved his aim left Germany the realm of southern Italy, the commitment of the crusade (taken with the pope) and drove his forces toward the reign of Sicily to recapture all that he had lost after the death of William II. Crossed the Garigliano river, in central Italy and as first thing he convened at Capua the general curia of the realm(later called Parliament where he enacted the law ” of review over the privileges ” that is the restitution of the state-owned possessions which had been granted to the large land owners at William II’s death.  In so doing he wanted to re-establish the monopolistic and absolute reign of the ancient Norman kings.

The restoration of the Norman absolutism took place starting from the more powerful barons and princes: those in Apulia, Campania and Calabria, that were against the authority of the Altavilla and were those that had favored Otto of Brunswick. The emperor (Frederick) wanted back the castles and the forts, and to achieve that aim he used the help of the barons and princes less powerful, which did not have any castles, and called them back to the duty of feudal vassalage.  Having defeated the barons of the peninsula and having appropriated their possessions, turned his sight on Sicily, where he was able to proceed more swiftly up to when he demanded the restitution of the commercial and custom duty privileges acquired in Sicily from the Genoa and Pisa’s republics, with all the political and commercial imaginable consequences. To the restitution of the privileges of the duty and of commerce followed the state-control of the sea-ports and their activities which was exclusively controlled by the emperor with the goal to guarantee for himself a commercial autonomy  and a Sicilian naval fleet for his commerce. With this law Frederick became one of the largest landowners and the biggest grain and cereal producer of Europe.

The centralization of power brought naturally many negative social, economic and political consequences, to the realm. First thing first it started by taking away from the Sicilian people the few privileges and the little freedom they had gained so barring the development and the formation of the middle class which was happening all over Europe and in northern Italy.

The emperor’s commitment could not stop to the restoration of the state-owned possessions. The Arabs were still in the Island and this was a problem, because wherever there were Arabs there were no Christians and vice versa. There was still an Islamic State and the “recovery” of these territories was part of the recovery of Christianity. And the Jews were there.

Frederick, soon as landed in Sicily convened the Parliament in Messina.  In this assembly were enacted laws apparently of secondary importance: the laws were to control the lives and behavior of actors, jesters, prostitutes, the blasphemers…and the JEWS.  The problem of the Jews was a grave one:  in a Christian State they were marginalized, but among them were artisans and financiers without equals, and their contribute was essential. In Germany the Jews were state-owned and therefore they were protected by the State, for this Frederick could not alienate his electors, but in Sicily he did not use the same measures, he did not have an opposition and made them equals to the Moslems. The male adults were forced to grow a beard and everybody also, women and children, had to have a yellow hallmark on their clothes. Whoever did not adhere was subject to the forfeiture of his property, if rich, or a fire-brand on the forehead. And what about the Moslems? The problem here was greater, even because the Moslems were in greater number and to control them was not so easy, also because a good number of them, as the Jews, had embraced Christianity, but actually they were “marranos”: that is publically they were practicing Christianity but privately they were worshipping with their own faith. The problem was not only brought by the “marranos” but also by the “irredentist”, because the Arabs of Sicily, after three centuries of being in Sicily, they felt Sicilian.  Beside a superiority of a Christian civilization was not yet felt.  The Arabs of Sicily were more educated and more civilized than the Christians come from the north. The “Christian” claim in abusing the Arabs was thence only “violent”, and the Normans, who were keeping the peace and were integrating and respecting minorities to their favor were not there anymore. At Frederick time had been created a State within a State and the emperor had no choice: he could pursue only one goal “to exterminate the Saracens from the Island”. Anyway the term to “Exterminate” does not have to be misunderstood literally as to kill or to exile out of the country (for now). These people that were living in Sicily for centuries, were Sicilians and they had all their possessions and relatives in the island, where could they go? So they stayed put: they got together and decided to meet war with war.  The war was hard, cruel and difficult and lasted 25 years and it was won by the emperor with a great price of destruction and real extermination ending up in slavery and deportation, including women and children to camps in the peninsula, the most known that of Lucera (in Apulia).

With Frederick’s victory, emperor but not king of Sicily, Sicily ceased to be that multi-ethnic, multi-religious, multi-linguistic, multi-cultural jewel which so much had given to the same Frederick, and instead became an enormous empty reservoir of land without people, to be gifted to Lombard emigrants loyal to the emperor.