An American in B: Friday Night Lights + The Castellammare Accord 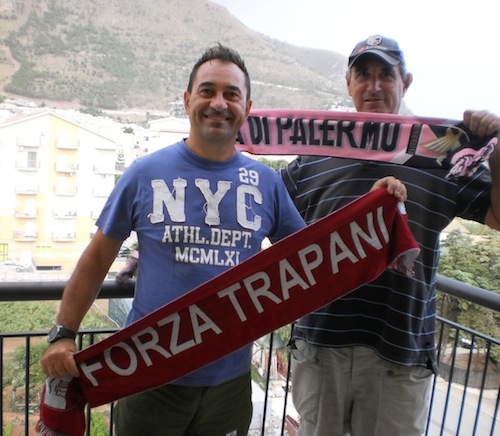 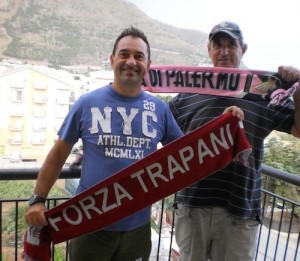 What a difference a day or 14 makes.

Previously on An American in B, Palermo soccer was in crisis. A tie and a loss to open the season had fans booing the team off the field and a coach’s job in jeopardy after coaching only his second game of the Serie B season. Now? Two weeks later? If the season ended today, which it won’t, Palermo would be in a playoff for promotion to Serie A.

Two straight wins. 3-0 two Sunday nights ago at Padova and  2-1 at home on Friday night versus Cesena. Now, as a true Italian  soccer fan, this is the fun part:  I get to be all negative even when my team wins! A win is a win is a win to be sure, but Palermo’s goals and the game they are playing seem to me to be two different things.

At Padova, Palermo scored two goals in contropiede or what Americans call breakaways, and a third goal on a Penalty Kick. That the penalty kick was granted for a nonexistent foul just adds to my theory. Against Cesena, Palermo scored on a Free Kick and a Penalty Kick. So what we have is a Palermo team that in four games has yet to hit any stride in actual playmaking. Palermo is only scoring on breakaways and stationary plays. They have barely sniffed a goal from any actually playmaking, from bringing the ball up the field as a team and maneuvering it around and/or through the defense for a goal. Their approach is all side-to-side passes. No verticalization—up the middle movement—a word I understand now is required in NFL announcers’ vocabulary.

Our coach Gattuso keeps telling us, “We’re not Barcelona.” I’m pretty sure since the fans know Palermo is in Serie B that they have internalized not being Barcelona.  Fans are not looking for razzle-dazzle,  but some sort of flow of play where we can be confident of generating goals each week, because free kicks and penalty kicks won’t always be available.

Kyle Lafferty,  I wrote about him early on, (see previous article, A Jersey, A City), scored the free kick with a cannon of a shot to upper corner of the net that left Cesena’s goalie frozen. He did this only moments after coming into the game and thus within moments changed the course of the game—Cesena was winning 1-0—and maybe, hopefully, the course of the season. It was one electrifying moment at Stadio Barbera. The Ultras were ultra-ized. (They are also patient with me, and I have picked up on a couple of the chants. Not that I can print them in Times of Sicily!)

Minutes later, Abel Hernandez scored the Penalty Kick with a deft move to give Palermo the lead for good, 2-1.

Then he did something I just don’t get. He took off his jersey to celebrate. This is illegal and comes with a yellow card. The reason it’s illegal is either or both of being considered taunting or dates back a couple of seasons when goal-scorers, knowing they had the full attention of the camera, took off their jerseys to reveal t-shirts with advertisements, either for products or causes.

But none of that matters, it’s illegal—and to take a yellow card is stupid. (n.b. Two yellows = a red card, which gets you tossed out of the game with no substitution). So in zero seconds movement of the clock Hernandez scored the go-ahead goal and took a penalty. Stupid.

Palermo now goes on the road for two night games returning to Palermo September 28 for their first afternoon game! Palermo, you see, is the Juventus of Serie B, or, at least the biggest city in Serie B, so they are going to be playing under the lights most of the season in the league-dictated prime time slots. For me personally that means, for better or worse, all-nighters at Bar Bristol. Stay tuned. In fact, the afternoon game the 28th I’m guessing is the first Serie B afternoon game in Palermo since 2004.

And God love them, Trapani is playing great, but truth be told, they have two wins and two ties, while Palermo has two wins, a tie, and a loss. One point separates the two teams in the standings. One point. Yet, Palermo is in “crisis” and Trapani  is on a “magic-carpet ride”.  It’s all about expectations, eh?

But I’m happy for Trapani and have reached an accord with Castellammare del golfo Trapani fans that outside of direct games with Palermo I will smile when Trapani wins.  Pictured above you can see me shaking hands with my neighbor Enrico who is Trapani born and bred. All I asked in exchange is when Trapani fans here support my right to cheer for the team of the capital city of Sicily. Forza Palermo! In fact, to tell you how meaningless all this geography is, Enrico was born in Trapani, lives in Castellammare (with his wonderful family), and works in Palermo. Oh, by the way, in the photo, you can tell Enrico is not the American in the picture because he’s wearing an english-language t-shirt!