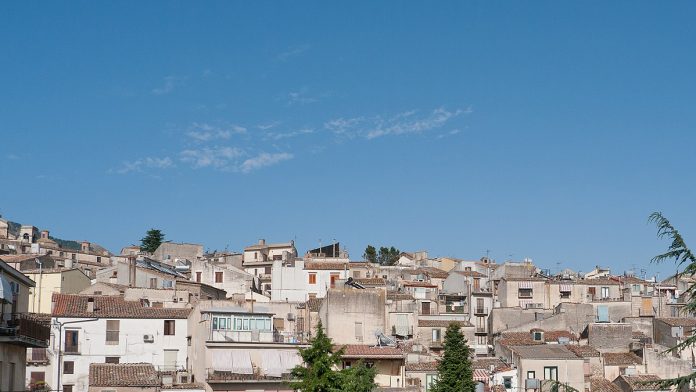 We recently bought a copy of Colm Tóibín’s novel about the life of Thomas Mann, The Magician. If you haven’t read it, we would heartly recommend it. Tóibín, however, hardly needs an endorsement from us as his work is so well known and respected. Praise aside, reaching the section of the novel where Mann, the anti-Nazi, has left Germany and sought refuge in the United States, we were intrigued to find references to ‘the Italian’, a writer and academic called Borgese. Borgese features at this point as he formed a relationship with Elisabeth, Mann’s youngest daughter, whom he subsequently married. Just who was Giuseppe Antonio Borgese? Tóibín is scant on the details, which is unsurprising given he is not the focus of the novel and that Borgese is largely seen through the eyes of the Mann family. He is often just known as ‘the Italian’ in somewhat disparaging terms, chiefly owing to the age difference between him and the much younger Elisabeth Mann.

We decided to do some digging and discovered that Borgese’s work and backstory are much more interesting that we had suspected. Giuseppe Antonio was a Sicilian, born in Polizzi Generosa in 1882. Many epithets can be appended to his career, which spanned numerous fields of cultural endeavour, including journalism, poetry, literary criticism, playwriting and academia. Despite an early foray into legal studies at the University of Palermo, he swapped over to literature in Florence, eventually becoming a specialist in German authors and taking a post teaching letteratura tedesca at Rome’s Sapienza University in 1910. All of which would explain his attraction to the Mann family whilst in California.

Running in parallel to his academic career was his work for various publications and newspapers. He wrote as a correspondent for Il Mattino and La Stampa, even forming his own literary magazine, Hermes. Prior to the post at La Sapienza, Borgese spent two years in Germany where he absorbed the language and cultural environment. His work at this period was collected in a book called La nuova Germania (The New Germany). His stay would prove one of many outside Italy and would trigger a lifelong passion for the substance and preoccupations of travel writing. His historico-cultural and socio-anthropological eye would roam across further horizons. He would pen other works in a similar vein: Autunno di Costantinopoli (Autumn in Constantinople), Giro lungo per la primavera (A Long Spring Tour), Escursioni in terre nuove (Excursions to New Lands), not to mention his essays that focused on cultural and political matters, including Italia e Germania published at the height of World War I. Even Borgese’s poetry is laced with travel, witness ‘Trilogia di viaggio’ (‘Travel Trilogy’).

The Sicilian’s philosophy seems to be summed up in the introduction to Giro lungo, where he implies that the path may be long and tortuous but concludes that in the end our spring will come. Borgese’s political and social concerns would certainly ensure that his own path would not be without life-altering shifts in the course he had planned for himself. In the 1914-18 war he took a Liberal-Nationalist position and advocated intervention against the Austro-Hungarians. He was asked by the government to undertake diplomatic discussions with Anti-Habsburg Slavs to try and arrange an alliance. He even tweaked his more youthful La nuova Germania in 1917 to reflect that position.

A careful reading of the original, however, reveals some concerns pointing to ominous portents for the future. At one point he compares the Germany of the 1900s to a forge where endless energies of creation and death circulate unnoticed in the shiny bright devices being produced. With the rise of fascism, we know that these energies were indeed directed towards death. From an unpublished diary entry quoted in ‘Borgese viaggiatore perenne’ by Ilaria de Seta (Laboratorio di nuova ricerca) we can see how Borgese struggled with the rise of Mussolini. He says that ‘nulla è in mi fascista’ (‘nothing in me is fascist’), going on to declare that he couldn’t possibly swear to educate the youth in a fascist manner. His refusal to swear the oath that Mussolini imposed on university professors meant that Borgese stayed in the United States, where he had initially been invited to give some lectures. He wouldn’t return to Italy until the immediate post-war years, when he would go back to the University of Milan and his teaching post in Aesthetics. During the Second World War he formed the Mazzini Society with Gaetano Salvemini and others, promoting the values of democracy, anti-fascism and detailing the conditions in Italy for an American audience.

It was in the United States that Borgese married Elisabeth Mann who was 36 years younger that Giuseppe Antonio, which may well account for the Manns’ slightly reticent opinion of her husband as portrayed by Tóibín in the novel. Tóibín did, of course, carry out detailed research and writes of the numerous occasions when the couple visited Thomas and his wife in their Californian residence, so far removed physically and mentally from Thomas’ childhood in Lubeck. The California of the forties would have been more familiar climatically to Borgese, but still an immense culture shock in terms of the functioning of society. He had, though, an innate adaptability because of his many travels and not for nothing was he the ‘perennial traveller’. Giuseppe and his wife eventually settled in Fiesole near Florence, where his archive is still located at the university.

Borgese is proof of the old adage that travel expands the mind. At the time of writing his diary entry about the Mussolini oath, he noted that he couldn’t conceive of hatred for other countries. Irrespective of governments, he saw people as individuals and assessed their cultural merits accordingly. There were, naturally, youthful opinions he regretted and an early liking for Gabriele D’Annunzio’s work that he left behind, but his entire oeuvre reflects his inquisitive mind and desire to see the world as a whole unit. In Italia e Germania, published in 1915, he said that ‘we know the limits of the principle of nationality’, indicating that ‘it can be (even something) criminal with a ferocious sterility…’ Truly words that ring through the decades to our own time.

The Comune of Polizzi Generosa in Sicily has commemorated him with a plaque bearing these words in Italian: ‘To Giuseppe Antonio Borgese – poet, novelist, critic and politician who wanted the unity of art and the world’ – a fine epitaph.

Andrew and Suzanne are authors of Ghosts of the Belle Époque, a history of Palermo’s Hotel delle Palme and Sicily: A Literary Guide for Travellers. The Times Literary Supplement had this to say about their literary guide: ‘Sicily is full of such delicious anecdotes: it is not only a literary signpost for travellers in an ancient island, but a cultural guide for anyone who finds themselves in the infuriating thrall of its contradictory and compelling extremes… Sicily is bound to become battered and dog-eared, blotched with caponata and wine stains’.

In addition, they are the authors of His Master’s Reflection, a travel biography in the footsteps of Lord Byron’s doctor and Andalucia: A Literary Guide for Travellers. Andrew is the translator of Agony, Sicily’s first detective procedural by Federico de Roberto and Borges in Sicily by Alejandro Luque, a travelogue in search of the photographic locations used by Ferdinando Scianna when he took images of the Argentinean writer, Jorge Luis Borges, during his island tour.