A Handful of Pomegranate Seeds 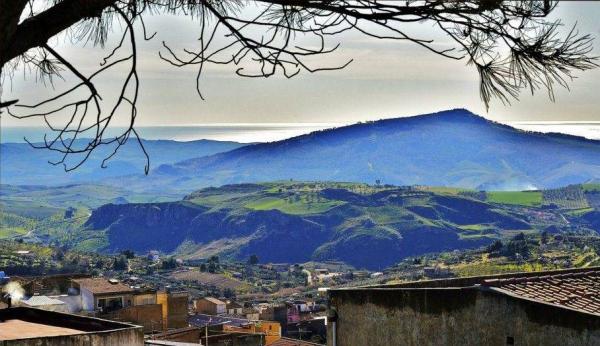 Way back in July 2007, an article appeared in the overseas property section of The Irish Independent newspaper, entitled: ‘Offers you can’t refuse.’ It showed a large scale photo of a hilltop town called Cianciana, located in south-west Sicily and the mouth-watering descriptions of the place along with the very affordable prices for property certainly hit its target with me.

I consulted the atlas to check the latitude of Cianciana and sure enough it lay pretty much on the same line as that of the Peloponneses in Greece, say around Sparta, where I had lived once upon a time. This meant I was familiar with the climate, the vegetation, those glistening olive trees, orange and lemon season, grapes and wine.

I began to get excited at the prospect of being able to own a property on an island in the Mediterranean, especially one with a relevant Greek history and particularly the one where Persephone, the goddess of spring’s bounty, could keep my love of Greek myths alive.

Then I had an Oscar Wilde moment: ‘I can resist anything but temptation,’ and I fully agreed with him. Within no time I was on my way to Cianciana, with a rendezvous to meet the agents mentioned in the newspaper article. I travelled with a friend for moral support, but once I landed in Palermo, I was already bought and sold. Palermo is my kind of town. Crazy, mad, dilapidated, beautiful, magnificent, dangerous, glorious, hectic. Dripping with history, I tried to take it all in but Palermo requires more time than I had so I promised the Quatro Canti I would be back.

We hired a car and my friend drove us to Cianciana, through the interior of the island, passing through good old Corleone, and Prizzi, remembering Marlon Brando and Jack Nicholson and Hollywood in general. It must have been October, because the oranges and lemons were appearing on the trees and my heart soared at seeing the sight of them after so many years. We had the obligatory cup of coffee in Corleone and got completely lost in Prizzi!

Eventually we arrived in Cianciana on a sunny, blue-sky day. It was warm and welcoming. The little town is attractive, clean and neat. It’s mostly inhabited by the elderly, but no bother there, I’m not 20 any more. The town is built on a hill, so apart from the main drag which is on the flat and runs from one end of town to the other, everything else is a steep hill either up or down. We were shown a couple of houses within budget but too high up. I couldn’t see myself carrying shopping and too much hassle. Then we were shown one at the far end of the main drag, a minute’s walk to the supermarket and two minutes to the central piazza, the Clock Tower.

The house was a narrow, three story over basement affair, dating back to the stone age, or not far from it. My friend, who considers himself a bit of a real estate guru, said it was a good buy, location, location, location. It looked a bit like a bomb site but I could see the potential, as they say. I bought it.

Some women buy shoes and fur coats. I specialise in ruins… 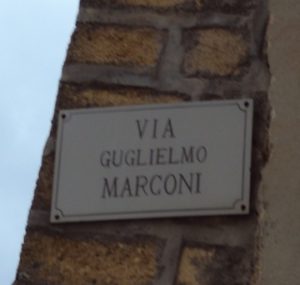 My street is called Via Marconi and recently a friend in California wrote to inform me that:

I must have felt Annie Jameson’s aura when I entered the street even though I don’t drink the stuff! I also felt that the house was good and I returned to Ireland happy in the knowledge that I had secured a little bit of a long-held retirement dream.

… All that was six years ago, and in June 2013, having retired (early), I moved lock, stock and gun-smoking barrel to Cianciana, as a retired, divorced, older woman with no Italian language skills! I brought my car and my dog to ensure I wouldn’t run away. I rented an apartment while I saw to the renovation of my own house on Via Marconi. I ventured out and had a wonderful summer, meeting all kinds of new friends (Cianciana is known for its foreign population). I swam in the beautiful waters of Borgo Bon Signore, Capo Bianco and Eraclia Minoa (sounds Greek to me). I met artists, painters, farmers. I even collected olives for the first time in my life. I’ve been here six months now and while the winter is lonely and sometimes bitter, I find myself falling into a pattern of survival, buoyed by the beauty of my surroundings. 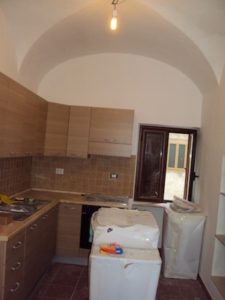 The house renovations have been a story in themselves and a painful one at that. I aim to be in my own house by mid-February next, but it has taken all my time and energy, not to mention funds, to get there. The last battle seems to be the hardest, naturally! My language skills have improved, slightly, over the past six months and I’m not as dumbfounded as I was at first. I always knew that being on the ground was worth a thousand lessons! Here, in Cianciana, the Italian language is one thing, but Ciancianesi is quite another. It reminds me of Ireland, actually, and the way Irish country people pronounce some English words. For example, Dubliners will say: The Big Smoke. Whereas, people from the Irish countryside will say: The big sch-moke.’

It’s exactly the same here. I say pasta. They say: ‘pash-ta’ I say posta, they say: ‘Posh-ta.’ It’s quite normal I suppose, but when they get into using other words for other things, I get completely lost. I’m glad I didn’t learn Italian to get here. Would have been a waste of time. But, I’m learning, and it’s fun!

I guess I didn’t come here for an easy life. Life isn’t easy anyway. But every time I put my foot on the pavement, on the steps which were built many years ago, when I see the portals of bygone years, when I see the vegetables for sale and realise they are from this very month, from this very soil, I remember why I am here. It’s peaceful, it’s organic, it’s ancient. That’s the way I want it. That’s the way I appreciate it.

That’s the way I love it! Long live Sicily!