Hands Off My Montalbano

I am writing this letter in reaction to comments made by you in reference to the popular Sicilian serial Inspector Montalbano.

With all due respect, it should be noted that Montalbano reflects fictitious work wherein props and situations are often contrived although they appear realistic for various reasons.

Based on this fact, it seems almost bizarre that the scene involving Montalbano eating “novellame” (the newborn little fish) warranted an expression of ecological concerns. It actually sounds as hilarious as “the letter of  – Toto` e Peppino”.

This stretch almost leads one to recall past times when the unjustified fears of parents presented themselves in the form of erroneous claims about comic strips and even song lyrics being played backwards leading to the corruption of our youth.  If this line of logic were followed, then it could be assumed that Omer should be banned for his songs of war along with Plato for his perceived perversions. 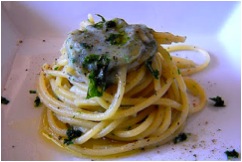 Furthermore, it needs to be stated that in light of current issues, The European Union should devote itself to pursuing affairs that are relevant such as the floundering Greek economy (your own country). This is an issue that warrants concern not a serial where Montalbano consumes a protected fish species.

Although the concern over protecting specific species such as “novellame” is understood as an issue in and of itself, it must be stated, according to Maestro Camilleri, that red rock mullet was actually consumed as a substitution wherein it was already pointed out that this work is indeed fictional. Therefore, it makes one wonder why this even became objectionable albeit by so few.

What will be next? “Macari” Should people sit and wait with great apprehension for the next European inspector to express concern that roads are no longer safe provided characters in Montalbano fail to wear a seatbelt in the car?

Along with the above stated response, I would also like to add an exclusive personal reason for generating such a profound, defensive position about Montalbano. 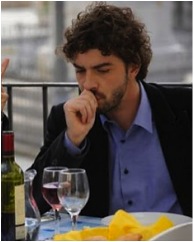 Montalbano is inextricably intertwined in Sicilian culture.  For me, it recalls a period of younger days filled with cherished times spent watching this with my father.  It was our moment to be together, which allowed me to gain insight into this man’s world and to realize his feelings of sadness for having loved so much yet receiving so little love in return. It was a sacred time when we turned off the phone and blocked out ex-wives, ex-girlfriends, and all else.

I intend to share similar moments with my own son with the hope of creating special memories full of meaningful insights and teachable moments just as I once did with my father who is now gone.  For me, it is without question that I will continue the tradition.

In closing, it is again with all due respect that you as commissioner may have entitlement to many rights. However, my own special remembrance leads me to conclude that in all actuality I truly do not give a damn if in the long run “novellame” were actually consumed.

Frankly, it was not noticed as it was not an issue, and I cannot fathom the notion of lending credence to your negative accusations.  Even if I wanted to respect your crusade, I do not agree with you, but then, it is a personal opinion.

Ettore Zancahttp://beneficiodinventario.blogspot.it.
Ettore Zanca was born in Palermo in 1971. He lives in Colleferro (Rome). He has a degree in law, is a writer, a blogger and on-line journalist. He writes editorials by the title "Fango e Stelle"(Mud and Stars) for the web Information Page - Informare per Resistere - (To inform is to resist) and writes for the on-line daily "La Valle dei Templi"(The Valley of the Temples). He has published by Coppola publishing house "Il pizzino della legalità" (The Note of Legality) and "Zupì e gli infedeli" ("Zu Pinu" and the infidels", the story of Don Pino Puglisi. Winner of the Il Convivio's literary prize, Giardini Naxos 2010, with the story "Il colore che non esiste" (The non Color) and winner of the contest "Fame di parole" (Words' hunger), 2012, for writings about dietary disorder, on the Societa` Italiana di Psiclogia, with "Meglio Essere Peter Parker" (It is better to be Peter Parker).