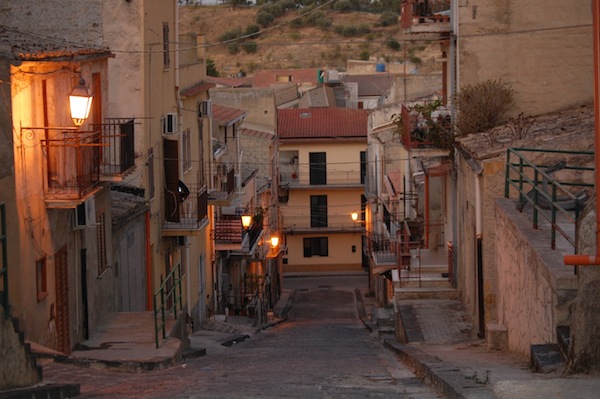 Censuses give a person’s age in the census year, from which an approximate birth year can be determined. In addition, often the following information is listed: date of arrival in the U.S.; country of origin; whether naturalized; occupation; and address. Family members living at the same address are shown with the same information as above for each member. A man and wife’s record may also include their ‘age at first marriage’ or ‘year of marriage’, but the wife’s maiden name is not given. The children’s names may be helpful if you remember the naming conavention previously discussed. The first name of a man’s oldest son would be the same as the man’s father; oldest daughter named after his mother, etc. Children’s names may help to confirm the person’s identity when other records are found. If you plan to research the wife named in a census, the younger children’s names may reflect her parents’ given names.

Having the census information, you can search on-line for the person by first and last name, at ellisisland.org, castlegarden.org, or Ancestry.com. Use the census information to narrow the search to those who fit. The most commonly used of these sources is the free site ellisisland.org which has over 25 million passenger records, and the following discussion refers to that site.

When you log on to http://www.ellisisland.org, if it is your first use, you’ll be asked to join or contribute to the Ellis Island Foundation, but this is optional. You can register for free, with a user name and password. Future searches may ask for those, but there is no charge to do the searches. After registering, you’ll see search boxes for first (optional) and last names, year of birth (approximate or exact), and gender. If your search is too general (last name only), you may get TOO MUCH information, with hundreds of names to sort through, or you may get a warning that there were too many passengers by that name and you should be more specific in your search.

If your search is too specific (searching first and last names, exact year of birth, and gender), you may get NO matches. This is not necessarily because the person’s name is not in the database, but may be because the recorded data (whether correct or not) doesn’t exactly match your search criteria. For example, obviously your grandfather Andrea Petix was a male, but whoever entered the information in the original manifest or in the database may have interpreted ‘Andrea’ as a female name and entered the gender as female. Therefore, your nannu wouldn’t show up if you searched for males only!

I usually start my search just with my best guess for the first name and surname. That will produce either a message saying no one by that name was found (with options for alternative searches), or a list of folks with the requested first name and surname. It may contain as few as one, or as many as hundreds of folks with the same name as your ancestor. Here’s where the census information comes in. The manifest list gives first and last name; residence, usually nation of origin and TOWN (which is what we are seeking); year of arrival; and age on arrival. Study the list to see if there is anyone with your ancestor’s name whose arrival year and age at arrival result in a birth year close to the one calculated from the census information. For those that are close, check the nation of origin. If you suspect or already know the town of origin, that narrows it further, but be careful because town names are often horribly misspelled. Again, there may be several people with the same name, approximate birth date, and town of origin as your ancestor.

In the display, each name listed is followed by three links. Clicking on ‘View’ for each will bring up more information as noted below, but you must be a registered user.