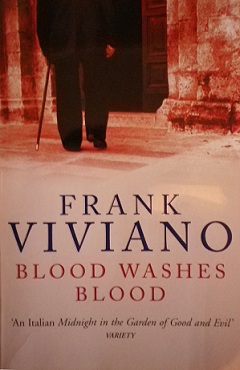 Frank Viviano is an American journalist based in Italy. As a former correspondent for the San Francisco Chronicle, he has reported on Tiananmen Square, the collapse of the Soviet Union, the war in former Yugoslavia and crime in Italy. His articles have appeared widely in many newspapers and magazines such as the National Geographic.

Frank is the author of several books including the acclaimed Blood Washes Blood. Blood Washes Blood is the story of Frank’s namesake and great great grandfather, nicknamed ‘The Monk’, who was murdered over a century ago. Prompted by his own ailing grandfather whispering the name of the Monk’s killer, Viviano takes a trip back to his ancestral Sicilian home, Terrasini, in a successful attempt to piece together the events leading to his ancestor’s death.

At once a biographical travelogue and a historical reconstruction, Frank’s book was reviewed as a ‘compelling read’ by the Times Literary Supplement.

What problems did you encounter when weaving the two narratives of your ancestor’s death and your modern-day search for the truth?

Surprisingly few. I made my key discoveries – for instance, a 19th century map showing the location of my family’s tenant farm, and most important, a newspaper account of my ancestor’s killing – at critical moments in my research. Without such documents, it would have been difficult to move forward. The book’s chain of accumulated “evidence” is a precisely accurate chronicle of my actual progress toward solving the murder that forever changed my family’s history.

What are your abiding memories of Terrasini?

Arancini di riso in the morning at a caffe on Piazza del Duomo, the fishing fleet sailing into port, sunset on the Gulf of Castellammare. And above all, the people, among the most generous on Earth, who treated me as a son and a brother.

Have you been back to Terrasini since you finished writing the book?

I live in central Italy, in the Province of Lucca. But I spend at least two weeks each year with cousins in Palermo and Terrasini.

In what ways do you think Sicily has changed since your extended stay in the 90s?

On the surface, it has changed a great deal. The infrastructure has been modernized, and the stunning level of violence that characterized Cosa Nostra activity from 1975 to 1995 is no longer a feature of everyday life. But what counts most in Sicily lies beneath the surface, in a murky parallel universe of ancient feuds and resentments that gave birth to Cosa Nostra. That universe remains the true sistema del potere on the island, but today it exercises control – both locally and internationally — through semi-legal means backed up by vast entrenched wealth rather than guns and bombs. The riskier side of worldwide organized crime, the actual smuggling of drugs, arms and human beings, is left mostly to others.

Do you think second and third generation emigrants have a romanticised impression of Sicily?

Yes, thanks largely to Hollywood.

Your ancestors were heavily involved in the Sicilian uprisings and the Risorgimento. What would have become of Sicily without this history-changing event?

It’s easier to conclude what would not have happened. Sicily would not have remained in Bourbon hands much longer, even if Garibaldi and his men had been defeated at the Battle of Calatafimi and the unification of continental Italy stalled for a decade or more. The old regime was in precipitous, fatal decline, and a change at the top was inevitable. Sicily might eventually have been seized by the British, who had governed it through key phases of the Napoleonic wars, and were always on the lookout for strategic bases in the Mediterranean. Or Napoleon III might have tried to annex it to the Second Empire, invoking the claims of the House of Orleans, although it’s unlikely that London would have passively accepted such a turn of events.

How does an understanding of the island’s past reflect the realities of its present?

In many, many ways, Sicily remains inextricably captive to its past, and present realities are full of its echoes. The most evident example is the absence of any sense of fruitful connection between the individual and the state, and by extension, the absence of what passes elsewhere for civil society. The state has always been “the other,” the enemy, the foreigner in Sicily. Her history, stretching back over three millennia, is one of endless invasion by outsiders – Phoenicians, Attic Greeks, Romans, Lombards, Byzantine Greeks, Arabs and Berbers, Normans, Angevin French, Spaniards, Bourbons, British, and finally continental Italians. Each of these invaders has, with varying degrees of force, attempted to impose its own laws, customs, language and religion on Sicily. To a startling degree, all have failed. This is the legacy that continues to render the Italian state ineffective in Sicily today. 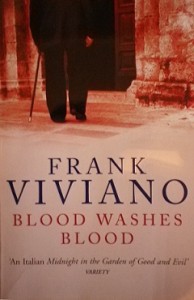