Iron Man Robert Downey Jr. Gets All Fired Up For Barber Carmelo Guastella 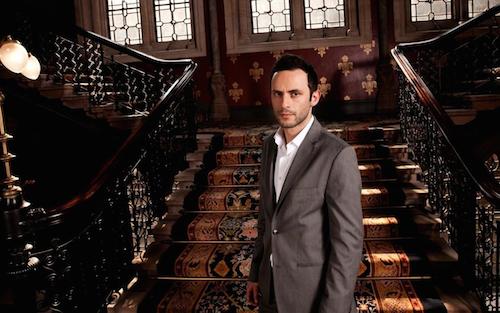 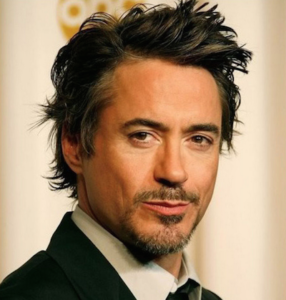 When Robert Downey Jr. needed his beard trimmed for his role as debonair billionaire Tony Stark – aka Iron Man – in the Hollywood blockbuster Avengers: Age of Ultron, there was really only one man to call: Carmelo Guastella.

“I was a massive fan of Robert’s even before the Iron Man and Avengers movies,” says the Sicilian London-based celebrity Men’s hairstylist and former Unilever Dove Men ambassador whose clients include CEOs, movie stars and fashion houses like Dolce & Gabbana. “To have the opportunity to work with him was not just an incredible privilege, it was an absolute joy.”

Once or twice a week for about two months, Carmelo arrived at Shepperton Studios or at the actor’s private residence. For an hour, Iron Man would sit patiently, shooting the breeze, as Carmelo snipped and trimmed the beard of one of the planet’s most famous faces.

“Now, I have worked with many celebrities before in my career,” says Carmelo, “but this was truly a very special experience. Robert was so warm and chatty as he sat in the chair while I worked.” 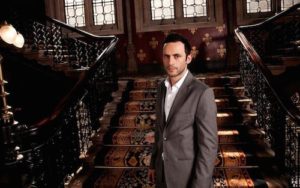 With 30 years of experience, Carmelo is an established and respected hairstylist and arbiter of men’s luxury grooming. His many accolades include the GQ’s “Barber of Choice”, and former International Ambassador for Dove Men + Care Expert Shave Range.

Both high profile individuals and multi-national corporations prize Carmelo not just for his professional consultation services, but also for his expertise in influencing and interpreting trends in men’s hair, grooming and beauty-related projects.

In addition to cutting the hair of his select clientele and advising on the development of men’s grooming projects, Carmelo is much sought after as a hairstylist in the creative world of men’s runway shows and fashion shoots.

Carmelo began cutting hair in 1984 when he was taken on as a barber’s apprentice in Sicily.
Aged just nine, he was already showing a strong aesthetic sense for the components of a good haircut.

For a number of years, he worked as a stylist at two of Italy’s top hairdressing salons, shuttling between Turin and Sardinia’s fabled Emerald Coast.

In 1999, prompted by a restless urge to broaden his horizons, Carmelo left Italy for London to join The Refinery, the exclusive men’s grooming spa in Mayfair. During his five years tenure, Carmelo established his reputation in London as a respected hairstylist and men’s grooming expert, quickly developing a loyal, elite clientele. At the same time, he trained in men’s skincare and cosmetic product development at the London College of Fashion. A career high-point was styling the actor Sacha Baron Cohen for a portrait shoot by the great David Bailey. Another was his role as a styling consultant on the film set of Tim Burton’s ‘Sweeney Todd’ where he gave Sacha Baron Cohen shaving lessons in preparation for his role as Signor Pirelli.

In 2004, Carmelo made the decision to go solo and develop his own brand. In 2011 he established a men’s grooming salon in the newly opened St Pancras Renaissance Hotel, which received much acclaim as well as a prestigious award in 2012.

In 2013 Carmelo was on the panel of judges for the Shortlist Magazine Men’s Grooming Awards.