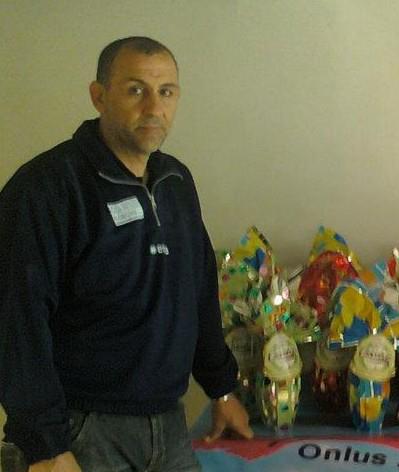 We have received and published this letter (by Tom Filingeri)

John Pisciotta, who lives in Z.E.N section of Palermo (Sicily) has been living in an abandoned office complex, which was taken over by several homeless families, due to the fact that they did not have any place else to go.

John is unemployed; he has no legal lodgings, which he can call home, he is responsible for two girls, ages 6 and 7, who at times do not have any snacks to take with them to school, let alone have consistent nutrition at home.

He has struggled for many years to make a living as a street vendor, several times having his goods confiscated because he could not even afford a license.

He has recently had many doors slammed in his face, due to the fact that no one is able to help him because they are in need themselves, although there are those that ignore him because he has become a nuisance to them.

The conditions in Italy are so extreme, that many people have turned to committing suicide, because they have reached the lowest point in their lives, many have resorted to crime to feed their families, but John refuses to lower himself to that level, because he says that he believes in honest and hard work.

These disastrous economic conditions have become especially problematic, due to the fact that southern Italy has become precariously vulnerable because of the economic downward spiral and the Government’s inability to reign in their spending, but most importantly the fact that southern Italy is still considered a minor partner in the Italian experiment which started with the Italian unification, over 150 years ago.

Although southern Italy is strategically and politically very important to the stability of the country, it has been treated as a second class citizen since the beginning of unification.

Going back to the main subject of this article, John has had to make a difficult decision over the weekend, he told me that he has struggled very much in the last few months and that he has reached the end of his rope, he is not able to provide for his family, that is why he has decided to sell one of his kidneys, because he feels it is the only way to feed his family.

He has struggled with this decision for a long time, he feels he no longer has any choice, but to go through with the procedure, Unless a viable long term solution presents itself in the near future.

I have known John for over a year and I can guarantee that this decision has not been made lightly, I have seen him struggle throughout our friendship and I have never seen him at a lower point, I told him that this a decision that should not be taken lightly and for the first time he convinced me that he has made up his mind.

I’ve always argued with him and I’ve always been able to dissuade him from making the wrong decisions, but this is the first time I ended up not being able to say anything that could change his mind, I was simply speechless.

I just hope that somehow someone or something will be able to stop him from making this desperate choice a reality.