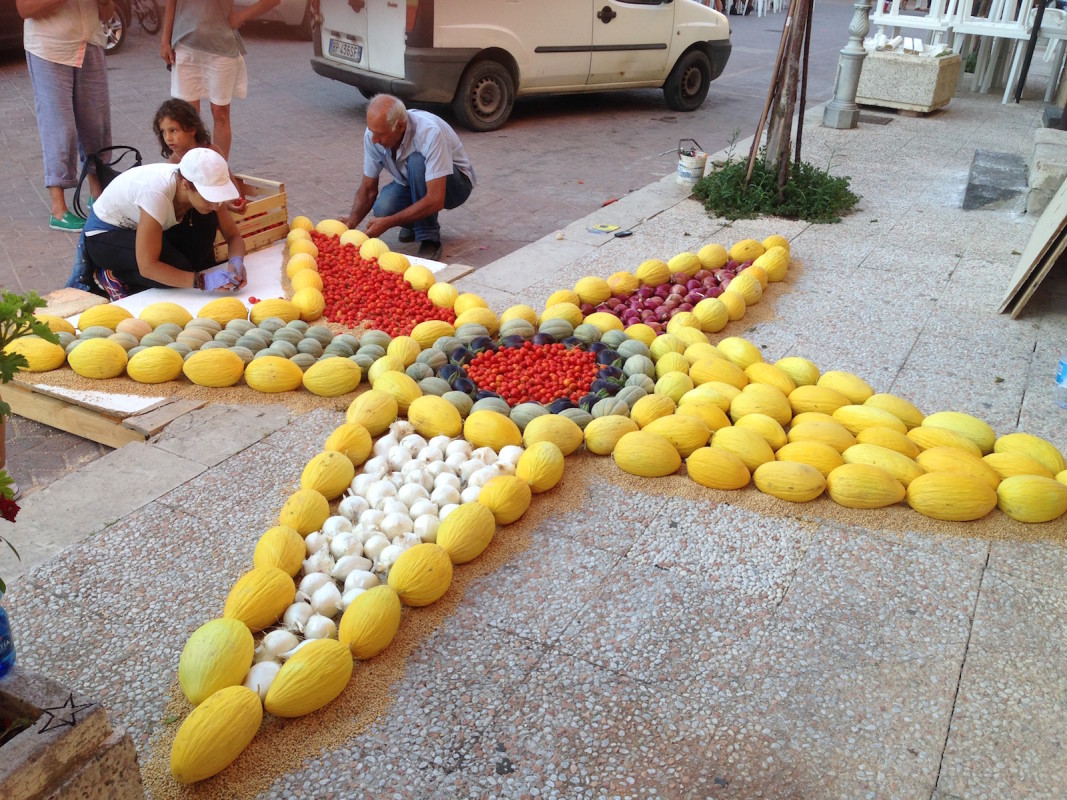 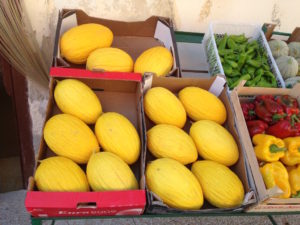 August in Sicily is the time for all local festivals which are either called festa or sagra. You could easily travel the island for a month experiencing a different festival every evening in different towns along the way for 31 days……if you are the party type.

Joppolo Giancaxio (in the province of Agrigento, not too far from Aragona) is no exception.   This area is home to Sicily’s production of the golden honeydew melon and for the past 17 years the town dedicates 3 days to celebrate the harvest of these delicious juicy fruits.   Interestingly here, it is not only a moment for tasting melons prepared in a hundred different ways and partying all night long. It also has a far more international flavour and meaningful undertone to it. This year folklore groups from Mexico, Bulgaria, Poland and Serbia all took part dancing through the streets of the town, 3 nights in a row.

For the third year running the local authorities also promoted a poetry competition called Gufi e Melone (Owls and Melons). 23 contestants spent the best part of a day with their laptops in the town hall Council Chamber, writing up their poems on a certain theme.   This year the theme was ‘Migrants’. 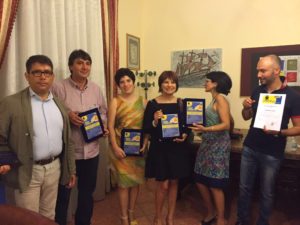 s the whole world knows, boatloads of refugees from war torn countries have been arriving on the shores of this island. They are put into detention centres all over Italy waiting to be given permission to stay or continue their journey to other European countries and even, on occasion, repatriated to their own country of origin. Many towns in Sicily have taken in a limited number of refugees hoping to help them integrate while they are waiting for their request for political asylum to be accepted. This year the town council of Joppolo Giancaxio decided to invite a group of 9 minors, who have been settled around the province, to participate in the poetry competition.   While most of them were not able to write in Italian they could use English as their vehicular language, and with the help of a cultural mediator, presented their own interpretations on the theme.   One of the boys chose not to write about his nightmare journey from home to here, preferring to recount his poetic feelings through the freedom of a butterfly: “……..Oh butterfly, I wish I could fly as high in the sky ….”    Another described his attraction and desire to reach for that unattainable star in the sky: “…….so that I can be a star in life……oh my star!”

The winner, instead, wrote about the migrant’s journey. For those who understand Italian, below is the winner’s poem:

Perhaps remembering Sicily’s own history of mass emigration, Joppolo Giancaxio has opened its doors to the fleeing newcomers. While recognising that it will be a long hard task trying to integrate them, they have decided that it will be time well spent and worth the effort.