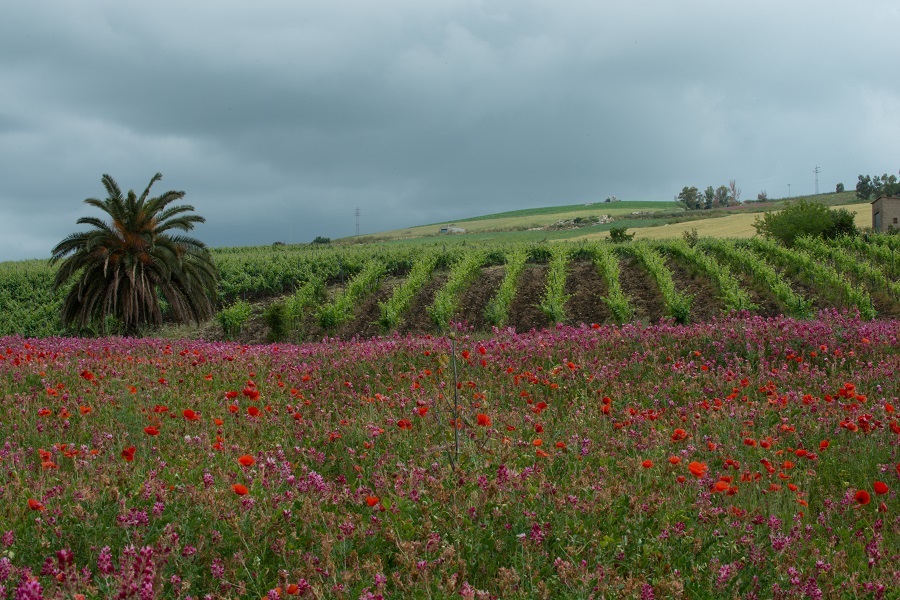 Late in May this year I drove the SS386 and the SS188, two of Sicily’s remoter interior roads, south from Caltabellotta to Corleone; to quietly explore the famed Corleone.

Synonymous with the Mafia, Corleone is set in a dramatic valley of outstanding rural beauty 70 kilometres south of the capital, Palermo.

Earlier that May, I had viewed the gritty and confronting images of the Sicilian Anti-Mafia photojournalist and documenter Letizia Battaglia’s ground breaking exhibition, “Breaking the Code of Silence” in Liverpool, England at Open Eye Gallery (I was on my way to Sicily from Australia).

After seeing Letizia Battaglia’s work, in almost its entirety, I was even more set on visiting Corleone, the most famous Mafia related town.

Shrouded in a certain cinematic allure, underscored with a raw violent Mafia history and a quiet, steadfast courage, Corleone was to be a stop for a night on a road trip through the isolated interior.

I was going to spend a couple of days to see the CIDMA, the Anti-Mafia Museum (founded in December 2000) and to wander the town.

Olive groves stretched over the rolling hills on the curving SS386 from Caltabellotta to Corleone past latifundias, citrus groves and cherry orchards, banks of ginestra and stands of oak and eucalyptus: It was idyllic. 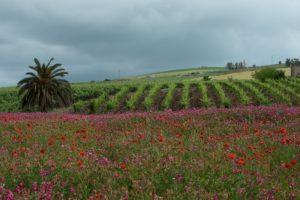 About six kilometres outside of Corleone, after I had left the SS386 and joined the SS188, I passed fields of freshly cut hay, farmers at work and verdant vineyards. This pastoral setting seemed to me to belie Corleone’s documented violent history. And, when I think of the negative effect of Mario Puzo’s choosing of Corleone as the name and birthplace of his anti-hero, Don Vito Corleone in his novel: The Godfather; the town has had a lot to bear.

Corleone, made famous by both Puzo’s book and Francis Ford Coppola’s films, and the home of some of Sicily’s most brutal Mafia families is stunningly situated: dramatic rocky outcrops, richly farmed land and wide open vistas.

I booked into the only available room in town, at the hotel Leone d’ Oro, dropped my bag and headed  to the centre of town.

As I passed Piazza Falcone and Borsellino, on my way to the CIDMA, posters commemorating the deaths of both these heroes were still lining the billboards. The event, titled ‘Cultura e Giovani’ (Culture and the Young) was on May 23-24. I had missed it.

Down a side street from the Chiesa Madre the CIDMA, housed in an old palazzo, was open.

I joined the last guided tour of the day (you can’t enter otherwise). I was in a group of seven or so travellers and took the stairs to the first level. 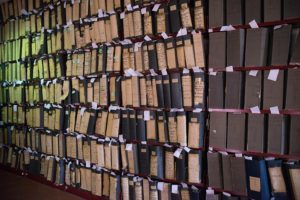 At the top of the stairs bound volumes of copied legal files from the maxi trials heard in the Tribunale di Palermo, lined the walls in front of us; on the spine were names and dates. One labelled Buscetta, the famous ‘pentito’, holds his confessions to Judge Falcone. And, pieces of protruding paper showed where students had been using the documents in their study of the Mafia.

Emotion rose in me as the guide spoke of Falcone and Borsellino’s close friendship and undying courage in their collaborative fight to bring the Mafia to justice.  And, Letizia Battaglia’s black and white photo of the widow of Falcone’s bodyguard, Rosaria Schifani, taken in 1992 at the funeral of Judge Falcone was powerfully haunting. Rosaria Schifani had just delivered an emotional elegy to the slain. 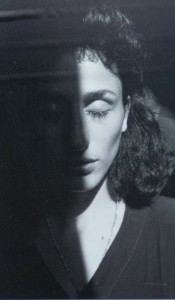 Letizia Battaglia’s raw images (many I had seen in Liverpool) were taken when she was the photographic editor of the Palermo based newspaper, L’Ora.

They fill many of the rooms of the CIDMA; and document the devastation and bloody years of the Mafia wars played out on the streets of Palermo and Sicilian towns mainly from 1978 to 1992.

One room of her photos is called the ‘Room of Messages’ and to see Letizia Battaglia’s photos in the CIDMA sends a powerful message about just how violent it was.

The photos tell both the brutal story of the Mafia and also how their slaughtering grieved the Sicilian people. In one room called, the ‘Room of Pain’ photographs taken by Battaglia’s daughter, Shobha, document the feelings of the utter despair of the people.

And, the Anti-Mafia passion of the young guide: articulate and informed, was strong as she told the story of the Mafia and the role that the Corleonesi Mafia families played. All the known Mafia names including:  Riina, Vitale, Provenzano, Bargarella, Liggio, Navarra and Ciancimino were uttered.

It was the Corleone born Ciancimino (the lord mayor of Palermo from 1968 – 1971) who, we came to learn, was the man who almost destroyed the heart of fabulously intoxicating Palermo.

Causing the near abandonment of the city’s fabulous historic centre; it was known as “The sack of Palermo”. It was a war.

At the end of the tour the group stood in silence for a few minutes in the final room dedicated to Carlo Dalla Chiesa. A general in the Carabinieri, Dalla Chiesa was gunned down in Palermo in 1982.

We looked at photos of some of the Mafia bosses side by side with portraits of the brave and then I signed the guestbook; the pages were filled with entries from world travellers.

The small group of visitors standing silently with me that spring day came from around the world.

were emblazoned on the walls of the entry hall in many languages. Judge Paolo Borsellino’s words, “Talk about the Mafia, talk about it on the radio, on TV, in the newspapers. Talk about it!” This is what the CIDMA is doing.

I walked the main street, things were quiet and there were two or three shop windows filled with products ‘cashing in on the Mafia’. Men sat outside a bar on the main street opposite the Chiesa Madre smoking and drinking coffee and yes, this bar does reference the whole Godfather thing with the liqueur, “Il Padrino” (the Godfather). I crossed the road and made a visit to the imposing Chiesa Madre.

Corleone is striving to rid itself of its Mafia image:  In January 2013, the Lord Mayor of Corleone, dedicated Anti- Mafia figure Lea (Leoluchina) Savona, made a heartfelt community apology to the victims of the Mafia’s raging crimes, killings and bombings on behalf of the people of Corleone: the Anti-Mafia museum is passionately run and, the last of the Corleonesi Mafia, Provenzano, is behind bars.

The next morning as I headed to Palermo I stopped at the lovely Ficuzza, a 17th century royal hunting lodge set in a nature reserve only a short drive from Corleone. It was here, according to the writer of ‘The Mafia at War’, Tim Newark that Provenzano passed some of his 40 odd years evading the authorities; apparently posing as a shepherd.

With such fascinating stories, remote village feel, stunning natural beauty, rich farmed land and strong Anti-Mafia sentiment Corleone is well worth a stop. And, if you do want to see the locations where Francis Ford Coppola filmed  many of the Sicilian scenes of his stylised masterpieces head east to Savoca and Forza d’Agro on the Ionian coast.

Postscript: I travelled to Corleone with my husband Gaetano Turrisi and all photographs were shot by him.