La nuova passegiata? To what extent do Italians participate in cyberspace? 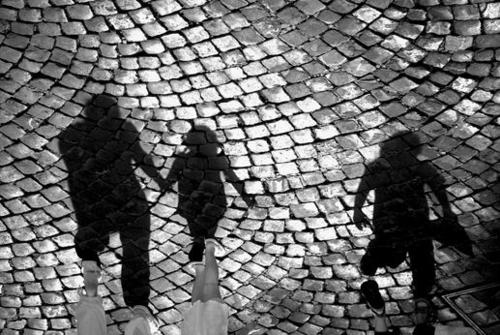 Italy has inspired and influenced the world for over two thousand years. It has generated composers, sculptors, and poets. It has awed the known Western world with its military prowess and architectural triumphs among many other accomplishments.

One was the Roman road system, the best one known, the Appian Way, was intended to swiftly deliver its armies to corners of the vast empire Rome controlled. It was basically true that “All roads lead to Rome.”

But that system also fostered other positives as well. One of these was communication. News and information could quickly move via traveler and armies without contending with the formidable geographical obstacles of the times.

In truth communication’s speed has been a cornerstone of all civilizations’ drive to evolve and the Appian Way certainly played a role in fostering and spreading and sustaining Roman culture.

Now there is another kind of Appian Way. This is not built of stone. This path fosters communication that travels by the speed of light through the ether and along wires and has come to be called the Internet. Surely those of you who read the Times of Sicily are familiar with it since you are reading its columns and features on your computer!

The key word is data. Data is another word for information. And information-data is what drives much of the world today, whether it be in commerce, news, or connectedness that crosses all world boundaries, it is all about information-data.

In considering this and in thinking about the Appian Way, I began to wonder. To what extent do Italians participate in cyberspace? Particularly, what role does social media play in Italy?

The answers appear to be quite a bit, and more than that, it also appears to be an increasing more-than-that.

– The European Travel Commission Trend watch projects that Italian internet users will increase from 32.6 million to 36 million users in 2016.
– It has posted the highest growth in Internet users in Europe from 2011 to 2012 and is ranked fourth in the world for its growth rate.
– In 2011 Italian computer users averaged nearly 16 hours a month in cyberspace. (www.newmedatrendwatch.com/markets-by-country/10-europe)
– This same site also noted that Italians’ computer usage appears to be spreading across all economic classes in Italy and more nearly equally between genders.
– 93% of Italians with computers use Facebook.
– http://www.mediabistro.com/alltwitter notes that Italians Tweet 200 times per minute and appear to embrace Twitter as the social media of choice.
– Appappeal.com found that Twitter was the 31st most popular website in Italy.

The implications for e-commerce and investments are surely encouraging! However perhaps more than that it is also noteworthy to consider, as http://smapp.nyu.edu/reports/Italian_Elections_2013_02_04_Twitter.pdf points out, Twitter played an increasing role in the 2013 elections in Italy where Bersculoni’s followers tweeted upwards of 50,000 times a day compared to Monti’s 15,000 and Bersani’s 10,000 per day.

In the end we can conclude that Italians’ use of social media, particularly Facebook and Twitter is escalating and an increasing part of Italian cyber-practices.

While I offered the Appian Way as a metaphor for this post’s beginning, another metaphor seems more appropriate for its ending:

That would be the La Passeggiata.

ReidsItaly.com calls it “perhaps the most Italian part of any day in Italy”. It is where, each evening Italians stroll their local piazzas to meet and connect, share conversation and information and continue a kind of social intimacy I suspect most cultures crave for to sustain both one’s individuality and one’s sense of group cohesiveness.

The overlap between Italians’ growing usage of social media with their age old custom of La Passeggiata seems fairly obvious. The latter is a chemistry for connectedness and face to face intimacy that drives a twist of energy exchange between those who meet, stop to talk, or merely to greet one another. The former is that as well.

As clear as the similarities may be, the differences are more stark. Where social media might in fact encourage a more widespread kind of intimacy and connectedness than La Passeggiata, social media can never replace cobblestones, fountains, and face to face acknowledgement.

So the two will follow somewhat parallel paths but the pursuit of either over the other winds up in different places altogether.