La Sicilia In Una Canzone (Sicily In A Song) 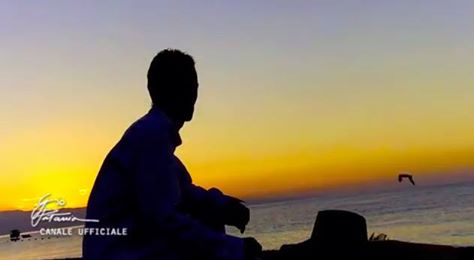 If you have never heard of Gio Patanìa, you will be thrilled to read this article.  He is a talented Sicilian musician who wrote a passionate song about his land.  The song is sung in Sicilian, and the lyrics can be found on the youtube video.  This song is so beautiful I had to share it with you.  My brother Tony began crying when he heard Gio’s song.  I asked him, “why are you crying, you don’t know what he is saying.”  He smiled and said, “I can’t understand his words yet, but I can certainly feel them.”  Sicilians are sentimental people, and love to hear the Sicilian language in all forms.  I admire Gio for preserving the Sicilian language through his music.  I interviewed Gio because I was interested about what inspired him to write this song.  In the video you will hear the most wonderful language of all time and see beautiful scenes of Sicily.  Enjoy!

How was the song for Sicily born?

It was born as a “salute” to my land.  I had to leave Sicily because my music lead me to settle down in Rome.  I dreamed of writing a love letter to Sicily, the land that gave me so much in life.   My intention was to say thank you, and I will never forget you no matter where I go!  Just as someone would say to a person they love; I will never ever forget you.  I am flattered when I hear that my song reminds some people of the verse from the Sicilian poet Ignazio Buttitta, “Comu ti chianciu ora ca ti persi,” which means; How I cry for you now that I lost you.  As these two works were created at different times, and with different mediums, it illustrates how the love for Sicily transcends the limits of space and time. 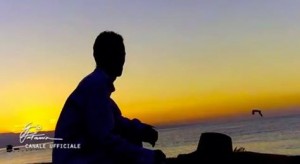 Are you introducing your song for Sicily to schools and seminars?

Absolutely, it is always a pleasant experience to meet fans at schools, and Sicilian communities abroad such as Germany and Spain.  My song has had so much success, I think it is fair to say it has created “nostalgia” for Sicily.  I frequent seminars where musicians, Sicilian poets, and writers explain what inspired them to communicate their love for Sicily in the Sicilian language.  These are very stimulating meetings, and the artists get to really know one another personally.  The artists share with the audience the creative path that lead them to create their work in honor of Sicily.  Artists leave these seminars enriched with the human experience of knowing other Sicilians around the world who left their origins to make a new reality.

How was the video for your song created?

For fun, and for a bet I asked Ignazio, the owner of a famous shaving salon in Letojanni to lend me his shop for filming the video.  This is the same salon where the famous Italian comedy movie “Johnny Stecchino” was filmed in 1991.  I was honored when Sharon told me that Ignazio would allow me to use his salon.  After the barber scene, the rest of the video is entirely self-produced.  I wanted to include the most fascinating sites in Sicily.  I had to include the lighthouse in Augusta in the Province of Syracuse.  I then went to Taormina in the Province of Messina, and then to the Ragusa area where I rode the ferry.

How do you view Sicily?

I view it with great pride.  It is the land that gave birth to men who lived with honor, and gave their lives for their country.  Men that I consider my fathers, such as Giovanni Falcone, Paolo Borsellino and  Rosario Livatino.  These were honorable men that fought battles for the sake of freedom, serenity, and for a better future.  As an artist, here are some other reasons of pride;  Carmen Consoli, Franco Battiato, Francesco Cafiso, Roy Paci, Antonello Costa, Fiorello, Camilleri, just to name a few artists that Sicily has delivered to Italy, and the rest of the world. 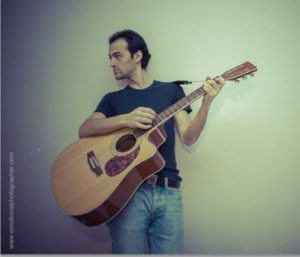 Do you have any upcoming events?
I have just finished my first self-released EP, including music, lyrics, and video.  The video can be seen on my youtube channel:

Steven Campo
Steven Campo is a high school science teacher from Amite, Louisiana. Steven, his wife Ida, and son Nathanael enjoy the quiet lifestyle of country living. Steven loves gardening, fishing, Sicilian cooking, Sicilian poetry, and Sicilian music. All of his great-grandparents are from Sicily. Steven enjoys learning more about his culture, and at every chance he shares it with others. He recently began studying the Sicilian language. He is committed to being a part of anything involving the preservation, and presentation of the enchanting culture of the Sicilian people.