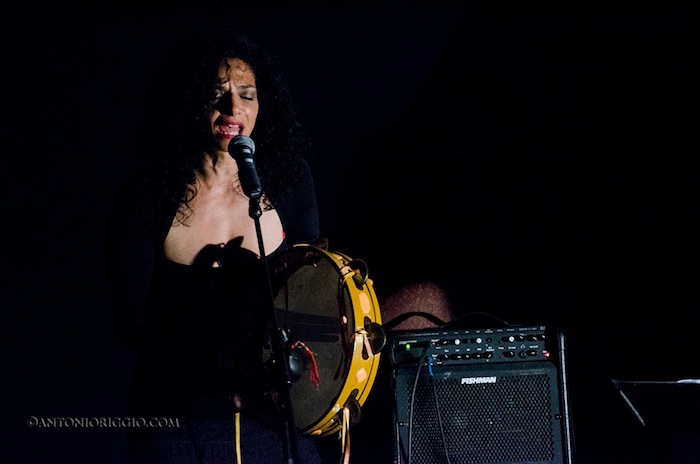 One summer’s night, in the mountains known as the Madonie, friends and I visited the home of the great singer/songwriter, Moffo Schimmenti. We were celebrating friendship, a beautiful summer and Sicilian Music. Moffo embodies the very best quality of his hometown of Polizzi Generosa – he is abundant in his generosity. He fills his home with friends and pilgrims welcoming them with joy, poetry and music. That night, Moffo wanted to introduce us to another friend of his from Gangi, Antonio Mocciaro. Knowing that there would be children there, Antonio carved special gifts from wood and and brought them along to delight the little ones.. When my daughter opened her gift, she saw a mamma and baby donkey carved from wood. The toys so enchanted her that she pretended to pet them as if they were real.

While the children played, we grown ups spoke about and played Sicilian Folk Music. Antonio is as passionate about folk music as we all are! Antonio, I would learn, was making drums – beautiful wooden frames with taught goatskin heads and jingles which sounded a connection to a distant, but not completely forgotten past. He sang a bit and played a drum he had made for himself. I was thrilled when he asked me to play that drum and I asked him if he could make me one just like it.

The night passed with more wonderful music; summer, too, would pass. Then, in the middle of a very cold winter, so far removed from that warm night in the mountains, Moffo came to visit the USA. He brought with him the drum Antonio had made for me..or so I thought. When Moffo handed me the drum, I marveled at how beautiful it was – identical to the one Antonio had shown me that night in the summer. Moffo laughed and told me that it looked the same because it was the same drum!

Only made of wood, animal skin and pieces of metal, it would appear to many to be just another inanimate object. For me, it is a great gift infused with love, friendship, generosity, tradition and encouragement. There are times when Sicily seems so far away and I miss terribly my friends. Playing that drum makes the distances seem not so great.

Recently at a rehearsal, a musician took that drum in his hands and smiled as he ran his palm over the skin. Then he turned the drum on its side and fingered the carved designs along its edges. “I love this drum!” Where did you get it?” As the memories of its origins came rushing back to me, a broad smile broke out across my face. Beautiful Sicilian drums seem to have their own stories, just like the songs of the Sicilian Musical tradition.