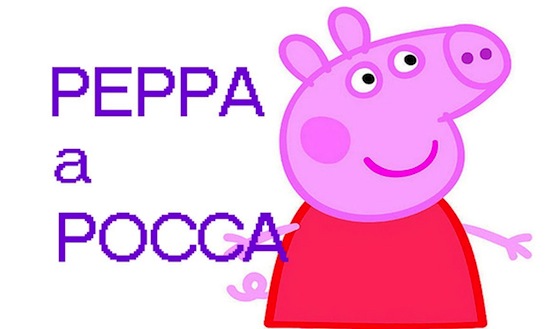 Many Sicilians, when you ask them if they speak Sicilian, look at you as if they are the Queen on a royal walkabout and you just said,

“Go on, Your Majesty, pull my finger.”

It seems strange that they should find it so insulting.

The Sicilian language was first used in a literary form before the Italian language developed. Perhaps the oddest thing about this is that it was entirely fostered and cultivated by a German ruler, the Holy Roman Emperor Frederick II of the Swabian (Staufer) Dynasty.

Frederick was crowned king of Sicily when he was three and chose to live his life in Sicily. (His sarcophagus can still be seen in Palermo Cathedral, incidentally.) He was a man born long before his time, for whilst the Spanish and much of Europe were in the culturally regressive depths of the Inquisition, Frederick II insistently placed ‘knowledge’ before ‘faith’ in all things. Whilst dictatorial, he might be referred to as an enlightened despot.

An avid patron of science and the arts, he filled his court with Sicilian poets and encouraged them to stretch and develop the beauty of the literary form of Sicilian, and take the use of their language to new artistic heights. The Sicilian poetry produced by his court inspired the great Italian poet Dante Alighieri, among others. It heavily influenced Italian literature and played a fundamental role in shaping the development of the modern Italian language.

Nothing to be ashamed of so far.

Sicilian is a separate language from Italian, not a dialect, yet there is a dialect version of it. The fishermen in my village speak pure Sicilian and it is incomprehensible to me. My father-in-law grew up speaking this, and when interacting in Italian he is rather taciturn, yet he becomes quite chatty when he meets other Sicilian speakers. This is the Sicilian language. There are still some Sicilian poets who speak this pure form of the language. They give high-profile public poetry recitals at village and town festivals and so on, and are greatly admired and respected.

Meanwhile my husband, like a great many Sicilians, speaks the “dialect” version. This is essentially Italian with a lot of Sicilian words put in. People who speak this type of “Sicilian” are the ones who do not know all the vocabulary and may not know the grammar well either. What they are essentially doing is bringing out all the Sicilian they know, and filling in the gaps with Italian.

Again, no reason to be ashamed of speaking either of these versions of Sicilian.

If my son ever picks up Sicilian he will be one of these “dialect” speakers. My husband has refused to teach him. My son, who is so resourceful my heart sometimes bursts with pride, has figured out how to learn Sicilian for himself. He has found out that there are films of Peppa Pig in Sicilian on You Tube.

Peppa Pig and family, in Palermo Sicilian – “Peppina u Puaicca”

In Catanian Sicilian, Peppa Pig is called “Peppa a Pocca”. In Palermo Sicilian she is “Peppina a Puaica”. There are other versions too. This is another oddity of the language and perhaps the reason why Sicilian is not an official language in Sicily: the people in Palermo can hardly understand the people in Catania, neither of them can really figure out what anyone is saying in the province of Agrigento, and so on. Sicilian is not one language, it is many.

The main reason my son is so keen to learn Sicilian is that there are some full-time Sicilian speakers in his class. There is a handful in every class. They do lessons in Italian but, naturally, they speak plenty of Sicilian in break time.

Actually, they shout it. It is full of insults, vulgarity and downright hilarious admonitions. Their mothers pick them up from school wearing lycra leggings and tops covered in sequins. Sometimes their grandfather comes, in a torn and dirty anorak with greasy hair. They shout to each other deafeningly loudly from great distances. They chew gum. They spit on the pavement. They puff their cigarette smoke at other people’s children and drop the dog ends in the school playground.

This is why a lot of people don’t want to admit they speak Sicilian. It is not actually the language they are ashamed of. They are very proud of that. They are just terrified you might think they are that kind of people. Yet about half their status updates on Facebook are written in pure Sicilian, so really, they do speak it.

Here is a version of Miley Cyrus’ “Wrecking Ball” in Sicilian. Read the subtitles carefully!

Sicilian is a fun language. Almost every Sicilian I know loves telling jokes in Sicilian because there is so much in the language to make you laugh, so long as you don’t suffer delusions of poshness.

Sicilian is equipped with multiple words for different types of farts. The sort that comes out loud and proud is called a Piritu. (Someone who puts on airs and graces may be called “an inflated piritu”.) The type you manage to sneak out secretly, if necessary by breaking it down into several smaller sections, is a sgurreggiu. The type which mean you have to rush off urgently and change your underwear is called a Luffione. I won’t list any more, just in case the Queen is reading…

Piciotti (pronounced pichotti) is a great word simply because most Italians think it means a Mafia member of the most junior level. What it really means in Sicilian is Lads, or young men. So groups of young men will call each other piciotti, as in “Come on Piciotti, let’s go and get some ice-cream and try to pick up some chicks”.

Camurria means a terrible drag, or an interminable nuisance. For example, getting stuck in a traffic jam is a camurria; having to take a day off work and wait at home for the man from British Gas to come “some time between 9am and 6pm” is a camurria; an even bigger camurria is having to wait for the Sicilian gas man to come “some time between Monday morning and Thursday afternoon, probably.”

My own experience with minority languages was with Welsh, and its past offers some thought-provoking and alarming parallels with Sicilian. My father grew up in a Wales which was in danger of losing its language. Both his grandmothers had badly scarred hands from being beaten every time they spoke Welsh at school – even when they were too young to have learnt any English. The children of Wales were taught that their language was inferior and their only hope of ever getting on in life was to stop speaking it, and learn English instead. Dad grew up speaking no Welsh, even though it was his parents’ first language.

Having made the Welsh language so obscure it was on the brink of dying out, the British government had no hesitation in using it for military purposes in wartime. The signallers of the Royal Welch Fusiliers sent messages in Welsh during the second World War and in the war in Bosnia, for example. Welsh looks so unpronounceable written down that the Germans spent months trying to crack the code, thinking they were intercepting double-encrypted messages.

The Welsh adopted measures to save their language in the nick of time. In 1993, a law in Wales decreed that English and Welsh must be teated equally in all public sector institutions. Hospitals must provide Welsh speaking doctors and nurses. All government websites are available in Welsh and English. The ability to speak Welsh is compulsory for employment as a teacher. One fifth of all the schools in Wales are Welsh medium schools. So are some of the universities.

Without similar measures, the Sicilian language could really be lost one day.

Sicilian is not legally recognised as an official languge. You would never see a newspaper or an official website written Sicilian. Most Sicilians would regard that as hilarious! The idea of teaching children to read and write Sicilian correctly at school is regarded as truly shocking by teachers, who absolutely always tell children off if they speak Sicilian in class. With each generation, it seems the number of good Sicilian speakers is declining. Speaking a mish-mash Sicilian dialect, the way my husband and most middle-class Sicilians seem to do, is not proper Sicilian, and it means the language is dying.

There are a few projects to protect the real Sicilian language. The European Union gives grants to help amateur theatre groups produce plays in Sicilian. That keeps the piciotti busy! They also organize poetry readings and musical performances. The non-profit group Amicizia fra i Popoli offers courses in Sicilian language and literature. There is a Wikipedia page about the Sicilian language, written in Sicilian. These and other small-scale activities are carried out by fragmented groups or individuals. I fear this may not be enough.

I do hope this marvellous language does not die out. Once a group of people lose their own language, they lose a part of their identity which they can never get back.

If you are curious to learn more, the website Lingua Siciliana has an online vocabulary and grammar notes. Though, to be honest, I think learning Sicilian with Peppa Pig may be more fun!