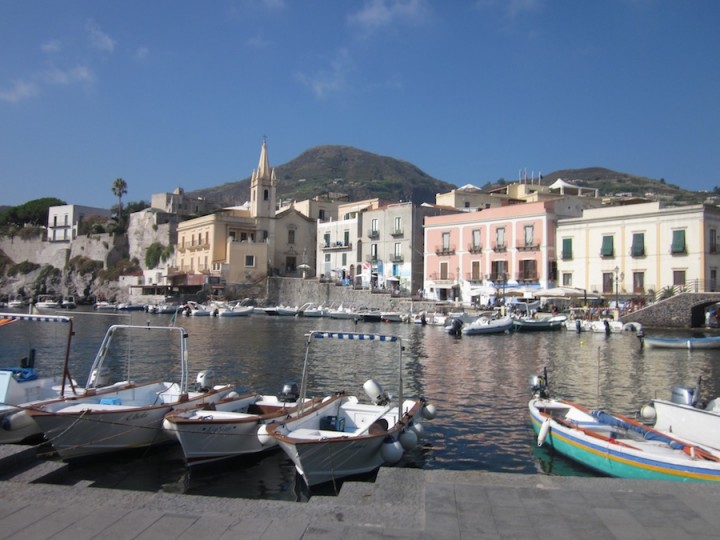 The Archduke of Hapsburg Ludwig Salvator of Austria had already, in the late 1800s (1894), been seduced by the tranquility and magic of the Aeolian Islands. After years of research into the historical period that spans from 1713 to 1720 during which the Kingdom of Sicily was assigned to Austria in exchange for Savoyard Sardinia, on my last visit to the island of Lipari, I finally learned of the passion this Austrian royal felt for Sicily.

In Liparischen Die Inseln , a publication of eight volumes, the Archduke documented his trips to the Aeolian Islands and in particular his love for Lipari. I had the privilege of staying in one of the original noble houses where the Archduke resided – and you can imagine what this might mean for a writer …

The Archduke appreciated Aeolian cuisine and traditions so much that he described them in detail in his travel diaries. He was fascinated by the manners of the Aeolian locals and the ancient roots of the islands – so much so that, in addition to being trips for pleasure, they became a real study of Sicilians, in particular of Aeolians. I find these details extremely fascinating, charming.

Lipari, the largest of the Aeolian Islands and the most inhabited and developed has the highest population, infrastructure, amount of restaurants and shops. It ‘s the perfect postcard of a maritime hamlet. It is also here that the Museo Archeologico delle Isole Eolie can be found. I was not able to visit it again on my last journey because the island was celebrating its Patron Saint’s day: San Bartolomeo. The island was dressed for the occasion, like the effigy it was beautiful, detailed, perfumed with local flowers, and enlightened by a thousand prayers left by the locals and tourists who were lucky enough to partake in this most festive of weekend celebrations.

Unfortunately in the late 1800s the Aeolian people also began to migrate to distant lands (1878 circa/1889 ). Phylloxera, an insect that attacks the roots of grapevines began annihilating the vineyards of the precious local Malvasia wines. The result was disastrous and forced many to move to the U.S. , Australia, France , Argentina.

Today , the Aeolian Islands (7 volcanoes no longer active , except for Stromboli ) continue to be a popular destination owing to their indescribable natural beauty, the serenity of their island life and slow tempo which still fill the soul.
[geo_mashup_map]

Francesca Mignosahttps://francescamignosa.wordpress.com
Francesca V. Mignosa is the Author of "My Sicily" (USA, September 2012). You can purchase the book or follow the Author's booktour, reflections, photos and thoughts on Sicily, the Sicilian-American culture, writing and much more on her: Blog: https://francescamignosa.wordpress.com Francesca organizes group and personalized travel to Sicily and Italy.