Little Italy? What about Big Italy? 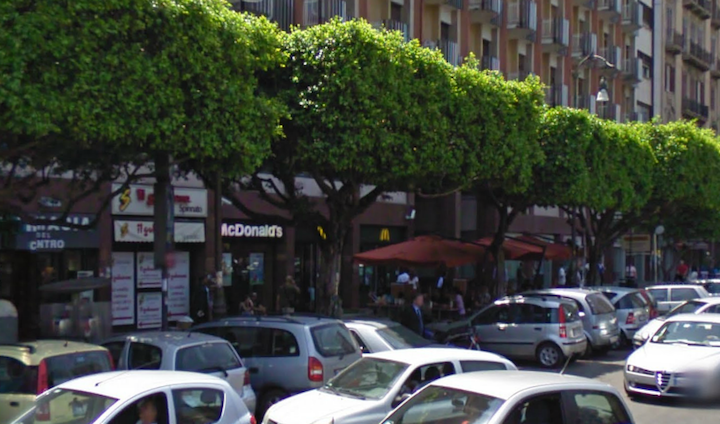 I read with fascination the column by Giovanni Morreale here on TimesofSicily.com about his trip to Little Italy, a trip he found was not quite what he was expecting. Things have changed. It’s true. The column also provoked quite a bit of feedback about how sad it is to see these Italian cultural neighborhoods disappearing, whether in New York or elsewhere. But now please permit this American-American living in Sicily to offer some counter-points to my esteemed editor’s well-written and emotional piece.

1) In the Mulberry Street case, the disappearance was a part of the overall homogenizing of the Big Apple. I say what I’m about to say without any editorial comment, you can decide for yourself, but the strategy to bring NYC from the brink of the bankruptcy of the Son of Sam years was to move the poor people out of Manhattan and into the boroughs, leaving Manhattan in the hands of, dare I say, well-heeled and so much less interesting residents. Let’s just say, Greenwich Village, 2014, is no La Boehme! Little Italy was just one of the Manhattan disappearing acts in the last 25 years.

2) The disappearance of Italian neighborhoods in and of itself isn’t bad. Shouldn’t Italians be happy that they don’t have to live in one neighborhood, that they are now a part of the mainstream American fabric? However, if you want to meet Castellammaresi, there’s always the Castellammare Social Club in the Bensonhurst neighborhood of Brooklyn, or at least there was….

3) Now this will get me in trouble with some readers but I always laugh when Italians talk about their neighborhoods disappearing. There were some Bensonhurst Italians here one summer going on and on about how the neighborhood has changed, “You wouldn’t recognize the old neighborhood. It’s all Koreans now!” What’s funny is they say this seemingly without the slightest awareness that there was a point in history when someone was saying in whatever language, “You wouldn’t recognize the old neighborhood. It’s all Italians now!”

4) Which brings me to an even more controversial point. Remember, I live in Sicily, and for the life of me I don’t comprehend how (some, not all, of course) Sicilians complain about the immigration situation in Sicily when half-of-Sicily (it seems) were immigrants somewhere at one time or another. Or to put it another way, I’m troubled by the disconnect of, on one hand, hearing some express sadness at the disappearance of their immigrant neighborhoods on foreign soil, and on the other, the complaints about the immigrants in Italy. (To be fair, from my eyewitness accounts, no matter the rhetoric, I constantly see Sicilians digging some coinage out of their pockets to give to those who arrive here in desperate straits, especially those arriving by rafts from North African shores.) 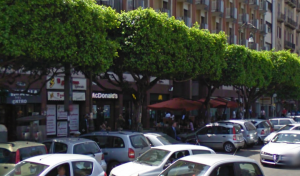 Let’s start with what I would think my fellow-Sicilians would consider the worst-case scenario: Starbucks is coming to Palermo! My source is MondoPalermo.it, which reports Palermo is on a list with Milan, Rome, Venice and a handful of other Italian cities to open up locations within a year. Add that to the McDonald’s in Piazza Politeama and a Burger King by Teatro Massimo and the Disney Store on Via Maqueda, and, well, why do I have to end this sentence by making a point, I think you understand.

In Palermo and Sicily’s case this is a double-edged sword and I recognize that. On the one hand the local culture takes a hit, but on the other hand it’s painfully obviously that foreign-investment is needed to keep Sicily afloat. At least until The Silvio Bridge opens over the Strait of Messina (joke). So again, I don’t editorialize, but the Americanization of Palermo and environs might see this American moving to one of the hidden small towns in the mountains that others are writing about on this site.

Although, for my money, and again I expect to get into trouble for this, the worst-case scenario for me (the American-American living in Sicily) is when the Sicilian-Americans return to Sicily in the summer and complain about my Castellammare and how it’s a third-world country compared to America. Please! First of all, who’s comparing Sicily to America anyway? You can’t compare them, they are completely different. And besides, if Castellammare del goflo was just like America, why would I have moved here???  But the comparisons can be heard all summer long. In fact the number one phrase in Castellammare del golfo over the summer is not “Buongiorno” or “Prego.” Nope, the number one phrase is “In America……!” “In America, the streets are so much wider!” “In America, the stores don’t close for lunch!” “In America, we don’t keep our kids out so late!” As if any one of those things needed to be said. Although, with the Sicilians’ Americanized-love for SUVs maybe the Americanization of small town streets is next. You get the picture, and I won’t even bring up for now the American militarization of our Sicilian island. And I only write of the Americanization. I didn’t even mention the Europeanization. Remember the lira?

All of this is not to say what is right or wrong for the future of Italy. I just wanted to say to those who bemoan to varying degrees the loss of their culture on foreign lands, I propose that if losing their culture is of a major concern to them they might be better off worrying less about losing Little Italy and worry more about losing Big Italy. If people want to experience Italy, tell them come to Italy. The real Italy. Before it’s too late.