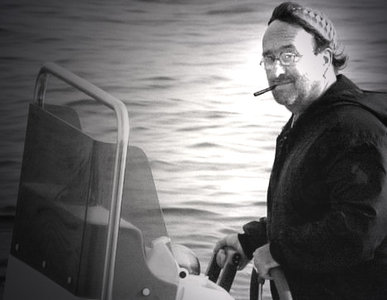 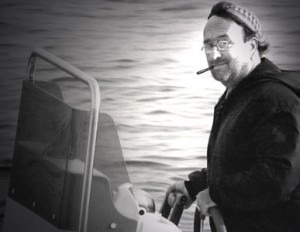 For more than ten years Lucio Dalla was living in a house over mount Etna, in Milo, on the slopes of the volcano. The Bologna native singer-author founded a winery and developed a red and a white wine calling it “Etna’s little bastard”, giving him some recognition by enologic critics. Born in Bologna, Lucio Dalla was a nature lover, a sea lover and a lover of Sicily.

Last August the singer held a lectio magistralis at the “Castagno dei Cento Cavalli” (the Hundred Horses’ Chestnut Tree), one of the most ancient trees of Europe. The theme was “Myth and legend between past and present: The social padagogical function of the fantastic and fictious”.

Presented by the poet Angelo Scandurra, the singer was accompanied at the piano by the artist Marco Alemanno who also read passages taken from travel in Sicily and Malta by J. Houl, Ricordi del viaggio in Sicilia (Remembrance of the travel in Sicily) by E. De Amicis, Travels in Italy by J.W. Goethe and Il Polifemo Innamorato (Poliphemus in Love) by Santo Calì. Dalla closed the affair with two “most beautiful” songs of his great repertoire: “Itaca” and “4 Marzo 1943”.

On one of his last stays in Sicily Lucio Dalla had lived in Castel di Tusa, a province of Messina, at Antonio Presti’s Atelier over the Sea. The singer-author was thinking of making an art room in the inner part of the hotel. A bond, between Dalla and Sicily, celebrated in the song “Siciliano” (in the inner part of Luna Matana, 2001), as he explained to Vincenzo Mollica an interview broadcasted by the RAI: “From centuries artists, poets and painters go to Sicily to find an ideal way to rigenerate their spirit, to feel every scent and to live close to a civilization which one does not know when it started and when it will end: It is enough to think of the Phoenician, the Greeks, Empedocle of Agrigento, the Arabs, the Normans, the Italian poetry, which started in Sicily, Frederic II… I had the privilege to live there for ten years, in summer, and I had the urge to tell the utmost happiness that one feels stepping onto this land which represents an historic reality, and, I believe, one cannot find anywhere in the world… I like this people’s behavior, their civility, even among the lower class of them, they are very kind…, just like the oranges and the scents that one finds there. And beside they have an historic sense that encapsulates even Northern Europe, because Sicily has been a capital center of Europe and a reference for many people.

So this song represents the need to be Sicilian, for all who love those places. I find Sicily easily communicaytive, the Sicilian diaspora in the world forwards some of the scents of their land”.

Lucio Dalla’s last appearance on television was quite recently at the San Remo Festival hosted by Gianni Morandi.

Today is a time of mourning for the citizens of Milo in Sicily. The singer died on Thursday in Montreux (Switzerland), during an European tour. There are flags at half mast and shops closed in the village on the slopes of Etna, the “Sicilian home” of Lucio Dalla.

The funeral will be held today in Bologna.