Luigi Capuana, The Marquis of Roccaverdina 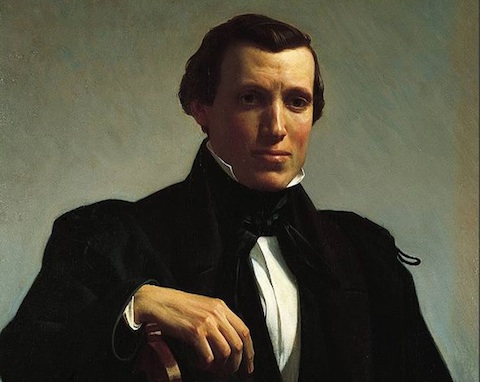 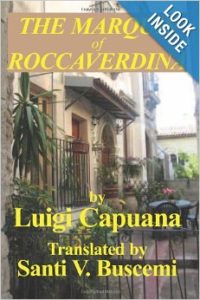 Buscemi’s translation brings us into the swirl of thoughts and emotions of the title character, the Marquis of Roccaverdina. Finishing a reading of Marquis of Roccaverdina leaves one in turmoil as Buscemi brilliantly captures the intensity of this dramatic, terrible story. The novel and its translation bring us another masterpiece in the vein of the most interesting psychological novels like those of Dostoyevsky. Capuana realistically captures his characters’ inner thoughts, daily rituals, and awful dilemmas.

This is a murder mystery in reverse with the crime and those involved revealed to the reader up front. And now we must wait for the causes and repercussions to be revealed. How will our “villain” work out this terrible deed? The inner world of the Marquis is splayed out for us in engrossing detail. His psyche is unraveling, and we are the witnesses. Although the ending seems inevitable, it still comes as a terrible, tragic surprise.

One of the best dynamics of this novel is the interplay of the elements of faith, especially in regard to atheism and spiritualism. The Marquis uses religious stances as tools for justifying his actions and healing his conscience. As one of the proponents for spiritualism among the story’s characters, Don Aquilante is humorously sketched as the Marquis’ lawyer and local spiritualist. With his soul in turmoil, the Marquis is both attracted to and repelled by Don Aquilante’s words. We witness the conversations and hear the inner echoes of the after effects in the Marquis’ mind. Affected by other intellectual and cultural influences as well, including Catholic guilt, the Marquis tries unsuccessfully to convince himself that he can resolve his guilty conscience. But, as his dueling soul brings us to and fro, it eventually, if not inevitably, gets the best of him.

This novel is also a duel over the issues of social class. The Marquis is immersed, in a sense, with the worlds of both the rich and poor. As landowner and businessman, he must execute his plans through the peasants he lords over. He thinks about and treats some of them awfully, despite the fact that his lover is from the same class. He wants her, but he knows that he can never possess her in marriage. His class would never allow him. Yet he must have her, and this drives him into the arms of evil and, ultimately, to murder. Killing the man whom he himself had arranged to marry his lover, he reveals himself not as a conniving murderer but as a tormented soul. Successful in his secrecy, the Marquis allows another man to be charged and convicted–and to die in prison—for the murder in his place. Now two deaths are on his hands–and what were once his sure convictions about his position and his integrity begin to unravel, as does his sanity.

All along, his circumstances constantly nag at him, and he is alternately propelled to feel both concern and disdain for those around him and for himself. This happens as he interacts not only with the poor, but also with his fellow elites. Some critics suggest that many elements in this novel come from Capuana’s personal experience growing up in a wealthy family. Probably so. But, in any event, this author is extremely perceptive of social norms and habits, blatant prejudice, and the nuanced everyday sleights that rile us.

We know about the Marquis’ lover, Agrippina Solmo and her entrapped husband, Rocco. We experience the events as they happen. But our attention is immersed in the emotional life of the title character. Capuana centers on the Marquis and his divided life. The nobleman convinces himself of his duty, and stodgily portrays his role as a Marquis. He says to himself that, after all, he is a leader, upright and respected. Despite understanding his self-righteous foolishness, however, we know otherwise. We know his thoughts and feel his terror as he faces his guilt night and day. We know that no one can live this way, not for long anyway. And sure enough, Marquis the man, finally faces down the darkness of his lot in life and loses.

Santi Buscemi
Santi Buscemi is a professor at Middlesex County College in Edison, NJ.He has had published English translations of Luigi Capuana's books C'era una volta and Il Marchese di Roccaverdina. They are available from Dante University Press. In addition, Buscemi has published a translation of this nineteenth-century Sicilian author's short play 'Ntirrugatoriu in the Journal of Italian Translation (ed. by Luigi Bonaffini of Brooklyn College). He has also translated several of Capuana's other plays, and has published translations of Capuana's fairy tales in other journals. Along with a friend he also presented the 'Ntirrugatoriu as a dramatic reading at a meeting of the Italian-American Writer's Association in New York in 2012. In addition, Buscemi has written an Internet course on Sicilian literature for Dante University, and lectured on the island's literature and architecture at Dorothea's House in Princeton, NJ and at his own college.