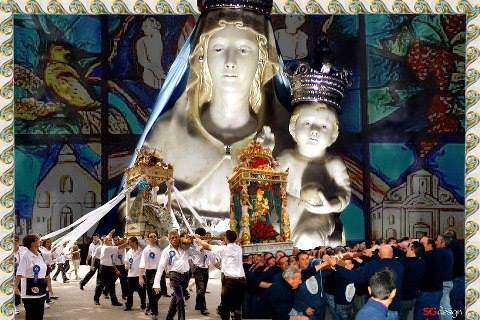 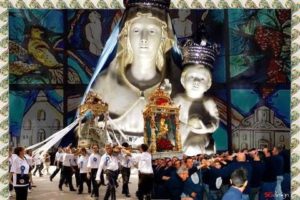 Was held this morning, inside the Studio of the Archpriest Mons Sciacca. Carmelo Lo Bue, the press conference of presentation of the twinning between the community of Sciacca and Sciacca Community in Boston. After 22 years, the statue of the Madonna in Boston, called “Our Lady of Help”, which every year in August, is carried in procession from Sciacca who community 100 years ago emigrated to the Usa.

The Mayor Fabrizio Di Paola and culture Councillor Salvatore mount, with the help of our compatriot Angela Friscia, grew up in Boston, have reactivated the relationship that binds the two communities thanks to the faith shown towards the patron saint of Sciacca. Thus was born the idea of proposing a meeting between the two communities, trying in every way to “bring home” the Madonna del Soccorso di Sciacca for days tied to the party. It was 1992 when the then municipal administration, supported by Fr. Andrea Falanga, hosted in Sciacca Boston delegation and their statue, identical but smaller in size than that of Sciacca. Arrived in January 1992 in our town and brought with them a copy of the statue of the patron saint of Sciacca Maria SS. The rescue with its litter. They were days of great celebration for our community because the two statues of the Madonna del Soccorso found themselves, for the first time alongside the other. The Madonna del Soccorso in Boston went in procession to the Basilica and, with over fifty faithful Americans, took part in the solemn celebrations on the occasion of the patronal feast of 1 and 2 February 1992. Now, 22 years later, that event will be repeated. The practice, which promotes initiative, has already been delivered to the u.s. Embassy in Rome. In Boston, the statue is carried in procession on 15 August of every year. The Festival is called “Fisherrman Fest”, “Fisherman’s Festival”. As a Sciaccca, even in Boston the party is like 100 years ago, with lights that adorn the streets, the smell of sausage in the air and sounds familiar to Italians of America.

An important eminent patronage was awarded to the municipality of Sciacca, in view of this important partnership, “Italy-Usa Foundation, which is based in Rome in Via Veneto. Legal aid was granted, by the Secretary-General of Fondazione Corrado Maria Daclon, twinning between the town of Sciacca and the city of Boston in preparation for the Visit, Sciacca, the statue of the Madonna del Soccorso in Boston on 29 January 2014. The Secretary-General Daclon writes so the culture Councillor of Sciacca: In relation to its letter of 16 May 2003 concerning your project on the Madonna del Soccorso, I am pleased and honored to announce the sponsorship of Italy USA Foundation in this prestigious and important initiative, which helps strengthen ties between Italy and the United States of America. “.