Is There a Mafia in Sicily? 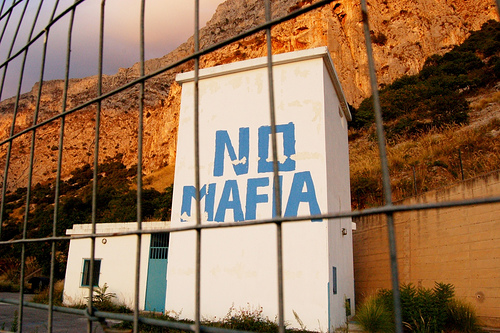 I have been asked a million times by people who know that I frequently travel to Sicily: “Alfred, is there a Mafia in Sicily today?” My answer has always been the same: “Sure.” In Italy it’s called the Parliament and in the United States it’s called Congress. If you mean “thugs” again the answer is the same: they are bot in the States and here, as well. Crime has no international boundaries.

You have to understand that Sicily has only 6 million people living in the country. The population of the whole island is smaller than New York City. Thus the problem is magnified as there isn’t as much going on otherwise, truth be told. America has twice as many Sicilians living in the US than in Sicily.

Italy was and is in an entirely different country from the USA. When Italy was devastated during the Second World War, an enormous power vacuum was created. Many cities were bombed out, and many Italians killed. Starvation was a way of life in 1943 until 1947, and that is when organized crime took root.

Originally, it was a protection type of thing. It existed in the nineteenth century, but post WWII it really took root. As time went on and its influence grew, aided by the Americans, things dramatically changed. Organized crime in Sicily, which had been almost stamped out by Mussolini and his Fascists, fought against the Fascists and Nazi regimes under the Arab “An enemy of my enemy is my friend” theory.

Thus, both Sicilian and American organized crime aided American forces in the invasion of Sicily and Italy. As a result, when the war ended, elements of organized crime were able to step into the power vacuum and take advantage of the situation. For example, one Mafia leader who had helped the Americans was allowed to keep all the American army trucks that were abandoned or left behind. Overnight, a trucking company and bus company was created… run by the mob….and that company still exists today, although in a different form.

Some of the very biggest Italian companies can trace their roots in this manner. So could some in the Vatican, especially in Vatican 22 banking practices. Corruption, influence, and power seeking was the norm.

We see it today in Iraq and Afghanistan as a matter of fact. Bodies have littered the country the last eight years as the Americans want to hand over control to them and leave….and people are killing for that opportunity. Is that about religion or wealth and power? The same thing happened in Sicily.

A brisk black market in military food, clothing and supplies after the war helped the criminal organizations in Sicily grow by giving them money to expand into different criminal enterprises, especially drug processing, with the “hub” being on Palermo. Thus, Americans unwittingly helped to create the menace that was came to be known as La Cosa Nostra. With its insatiable appetite for drugs, from the fifties to the nineties, America’s lust for heroin and cocaine fueled its expansion. As a rule, few Sicilians do drugs. To Sicilian criminals, drug processing, and drug transport was strictly an export crop.

Banks were set up to launder money in America, the Cayman Islands, England, and Switzerland. Billions flowed into their coffers every year and money bought power everywhere. Politicians, law enforcement, journalists all fell in line. Those who didn’t were killed.

The bodies of important people that littered the streets of Palermo had a name: they were the “distinguished corpses”, and there were many during this period. American organized crime, especially many of Sicilian origin, had helped the American military for the Sicilian invasion, and they prospered after the war too.

In many cases Sicilian ports had been sabotaged and railways damaged thru connections developed with the American and Sicilian organized crime gangs in preparation for the invasion and pay back was in order. In addition, 15% of the invading American forces were Italian-Americans. Some of them became involved in criminal enterprises: one of the first criminals in Palermo after the war was actually an American colonel who stayed there!

Thus, the real problem started after the war when the Americans handed over power to these criminal elements that had helped them. They now controlled just about everything, and it was a matter of time before different elements began to fight over the opportunities.

The foxes were put in charge of the chicken coops. Remember, there was no one else. The Sicilian Mafia filled a void, and between 1946 and 1984 the streets were filled with blood, especially in Palermo, as the First and then the Second Mafia War were fought by criminals vying for control. The gangs of Corleone, the most brutal and deadly of all, ultimately conquered, eliminating the criminals from Palermo.

During this period, things were very bad in Sicily (and all of Europe for that matter), and the reputation of the Mafia grew. Politically, Italy during this period was recovering from the war. Governments fell every single year. Because the Sicilian Mafia could deliver votes for the entire island, their power grew with those in power, and with those who wanted power, especially the Christian Democratic Party. Political intrigue was the order of the day.

Thus, there were two governments in Italy post-World War: The Italian government and the Sicilian Mafia, connected with many links at the very highest level, including the office of the Prime Minister! 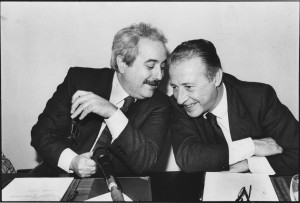 It wasn’t until the assassination of two anti-mafia magistrates, Sicilian Judges Falcone and Borsellino that the population raised in revolt against organized crime. Thousands of criminals were denounced and then some began to talk: they are known as the “penitents”.

Finally, the vow of silence had been broken. As prosecutions increased over the years and more and more criminals turned state’s evidence, a grim picture of corruption, murder, money, power, drugs, money laundering, and much more emerged.

To this day, the fight continues, but the most dangerous have long been jailed and with joint American, Italian and European efforts, the menace seems to be fading, although it’s not eliminated entirely, for sure. An enlightening experience for those interested in the origins of the Mafia in Sicily is to start by doing a search on Wikipedia and review this tumultuous era.

A remarkable book by journalist Peter Robb, who lived in Sicily for fourteen years, called Midnight in Sicily recently rose to the New York Times’ best seller list and cast a light on this dark period of Sicilian history. I recommend it as a terrific snapshot of a terrible era. It wasn’t until the 1990s that the Italian government finally “matured” enough to take on the Mafia, especially after the assassination
of Falcone and Borsellino.

Thus, the fight is less than twenty years old, and continues to this day. Recently, the son of one of the capos of that era was arrested in Brazil. It made all the headlines in Europe. Today, most of the leaders of that era are in jail for life, and the Italian anti-Mafia forces continue to pursue the remnants.

It is said that the Sicilian Mafia’s economy was as big as or bigger than the Italian economy in its heyday, and that international banking was very much at fault too. The two biggest bank failures in America, as a matter of facts, were directly tied to the Mafia, as was the fall of the Vatican Bank.

In time, articles about the Mafia will fade from the headlines as Sicily further develops. If good jobs were available here, potential criminals would perhaps lead a different life. Then again, isn’t the same true in the US? If young city kids had jobs and a better way of life, would youth gangs be so large and dangerous today in America?

For the “average” person, the Mafia is only an idea developed by movies like The Godfather. It was romanticized. Very nice music was played in the background as people were killed on film. Today, a different Sicily exists. A beautiful, historical, wondrous land full of wonderful people who struggle every day to live, just like you and me. Their struggle, however, is two thousand years old. Ours isn’t.

Sicily cannot hide from its past, nor should it. Lessons need to be learned. Sicilians should adopt the motto: “never forget”. Then again, there are skeletons in every country’s closet. The Holocaust in Germany, the French Revolution, The rape of South and Central America by the Spanish, the genocide in Cambodia in the seventies, Rwanda in the nineties…Darfur today….the list is endless, it seems. America can be included too: slavery, the American Indians. Mankind must learn from these catastrophes, and always keep the lessons before their eyes.

Darwin says our species evolves. I sure hope he evolves into a better human being.