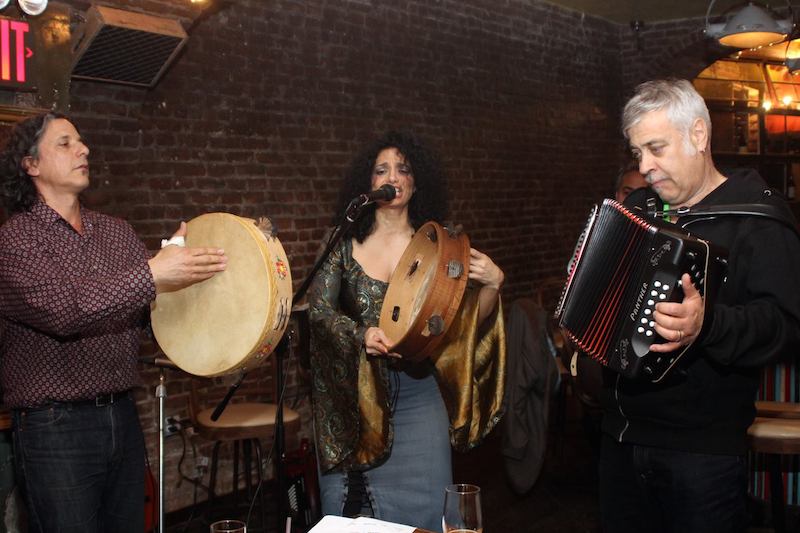 “As anyone who loves Sicily will tell you, Sicily reaches beyond the physical to touch one’s heart and very soul.”

Take the chill out of the crisp Autumn air with the passionate and fiery music of Sicily. In October, vocalist Michela Musolino will warm heart and soul when she sings Sicilian Folk and Roots music once again in NYC. Musolino, a singer who makes traditional Sicilian folk songs seem contemporary and turns modern world fusion music into timeless pieces, will be joined on stage by accordion virtuoso and composer, Fabio Turchetti and artist, multi-instrumentalist and bricoleur, Michael Delia. Turchetti and Delia weave traditional and contemporary melodies and world folk traditions around Musolino’s passionate and desire-filled voice which enchants as it seemstofloatsomewherebetweentheages. Musolino’s trio with Turchetti and Delia, known as “Terra, Sangue Mare,” will be performing traditional and contemporary Sicilian folk and roots music infused with a world music vibe.

If you would like additional information, wish to interview the artists or review a show, please contact Tony Rubino at Rubino Artist Entertainment RubinoEnt@aol.com 813-447-6820